Rising energy prices and climate change have changed both the economics and politics of electricity. In response, over half the states have enacted "renewable portfolio standards" (RPS) that require utilities to obtain some power from "renewable" generation resources rather than carbon emitting fossil fuels. Reports of state-level success have brought proposals for a national standard. Like several predecessor Congresses, however, the most recent one failed to pass RPS legislation. Before trying one more time, legislators should ask why they favor a policy so politically correct and so economically suspect. Support for a national program largely stems from misleading claims about state-level successes, misunderstandings about how renewables interact with other environmental regulation, and misinformation about the actual benefits renewables create. State RPS programs are largely in disarray, and even the apparently successful ones have had little impact. California's supposedly aggressive program has left it with the same percentage of renewable power as in 1998, and Texas's seemingly impressive wind turbine investments produce only two percent of its electricity. The public may envision solar collectors but wind accounts for almost all of the growth in renewable power, and it largely survives on favorable tax treatment. Wind's intermittency reduces its efficacy in carbon control because it requires extra conventional generation reserves. Computer-generated predictions about a national RPS are generally unreliable, but they show that with or without one the great majority of generation investments for the next several decades will be fossil-fueled. Even without the technological and environmental shortcomings of renewables, the case for a national RPS is economically flawed. Emissions policies are moving toward efficient market-based trading systems and more rational setting of standards. A national RPS clashes with principles of efficient environmental policy because it is a technological requirement that applies to a single industry. Arguments that a national RPS will create jobs, mitigate energy price risks, improve national security and make the United Sates more competitive internationally are in the main restatements of elementary economic fallacies. It is hard to imagine a program that delivers as little in theory as a national RPS, and the experiences of the states indicate that it delivers equally little in practice. 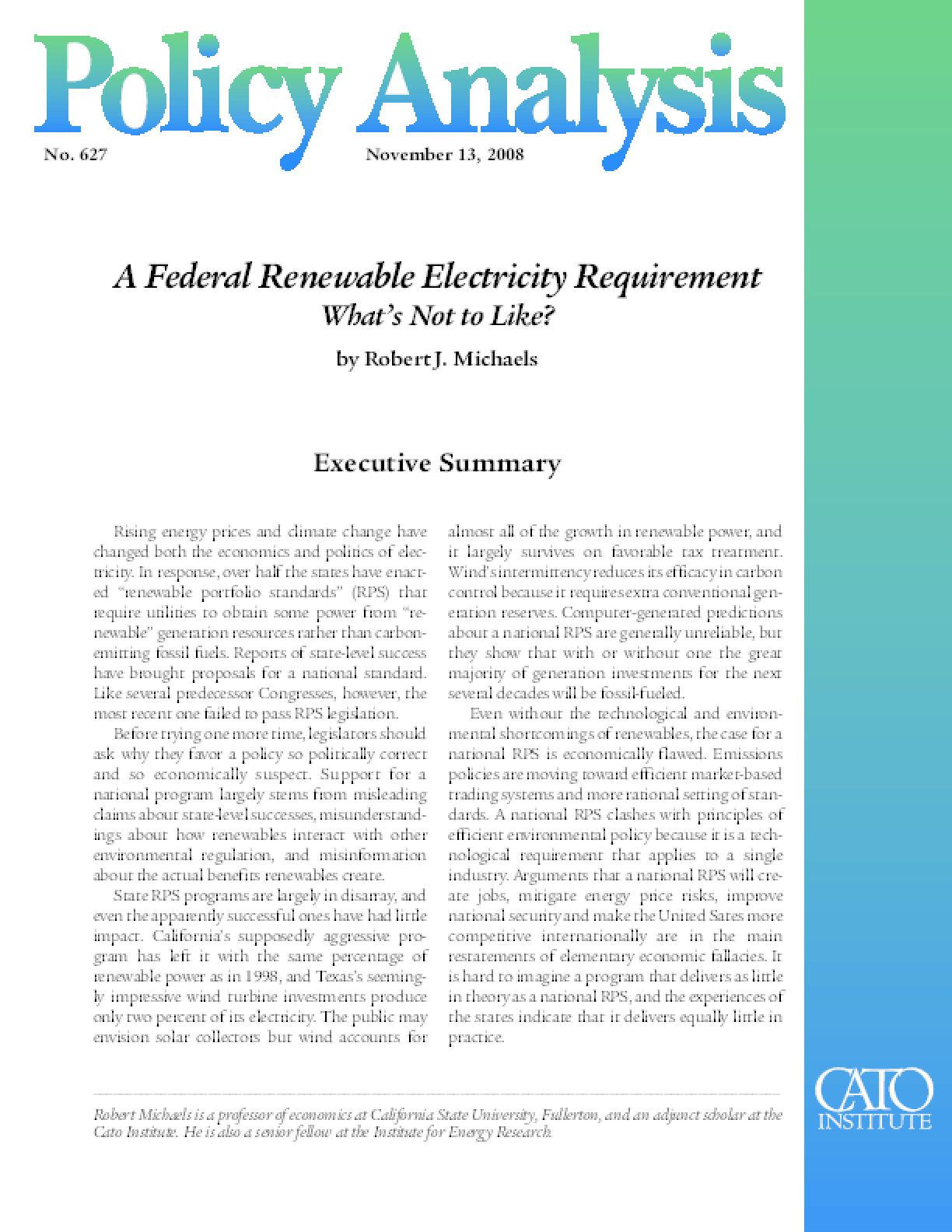