A Frayed Connection: Joblessness Among Teens in Chicago

The report examines the post-2000 decline in teen employment, which is part of a broader pattern of decline in employment rates among large parts (but not all) of the working-age population in the U.S. and Illinois. In Illinois the chance that a teen will be employed has fallen nearly in half since 2000. While about half of all teens in Illinois were employed at the end of the 1990s, by 2011-2013 just over one in four teens were working. Young adults aged 20-24 in the state also experienced very large reductions in their employment rate, which fell from 73 to 60 percent over the decade-plus period. A look at the findings reveal that while employment rates declined for all residents of the state under the age of 55, older workers (55 and over) increased their rate of employment during this time period; especially workers aged 65 and older. These data reveal an odd reversal in the composition of who gets work. As baby boomers reach pre-retirement and retirement years they are more likely to work. Moreover, there is considerable evidence that these older workers became employed in entry-level occupations where teen employment was most heavily concentrated. 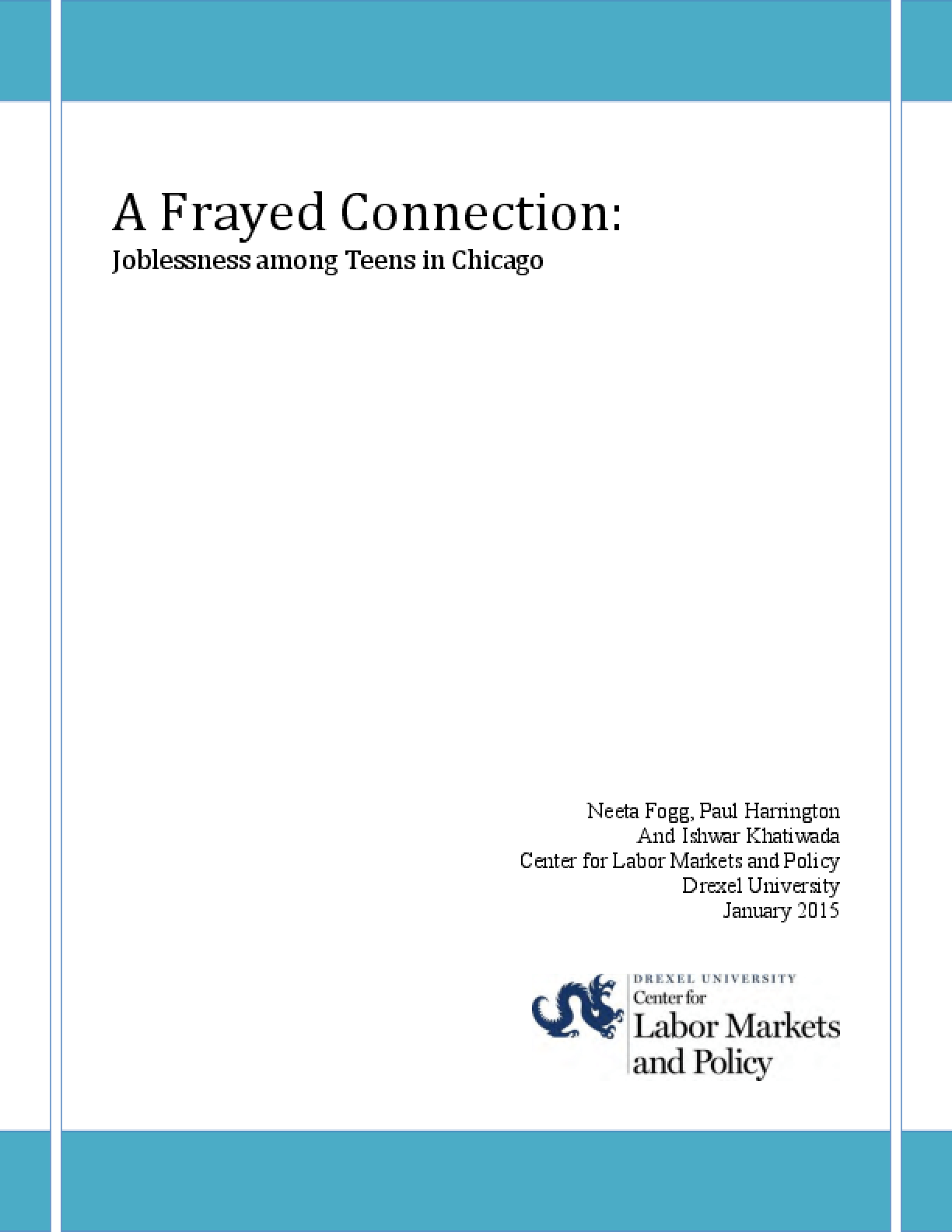