A Fund for Healing: VOCA Grants for Violence Reduction

Half of all gun homicides in the United States take place in just 127 cities. Often, gun violence within these cities is concentrated in Black and Brown neighborhoods shaped by long-term underinvestment. The high rates of gun violence in urban pockets impact residents and exacerbate their need for assistance services in the aftermath of gun violence.

Adequate funding is essential to providing robust, sustainable services to victims of gun violence. Local community-based organizations have been delivering these critical services for years, healing families and communities while preventing future gun violence. However, these local organizations are often underresourced and require additional funding to expand and sustain their positive impact.

Since 2015, the federal government has allocated an annual average of $2.3 billion in Victims of CrimeAct (VOCA) victim assistance funds to states and territories. But states routinely fail to spend up to a third of available funds even as gun violence victims and their communities are in desperate need of resources. This failure to invest in gun violence victim services is a missed opportunity by states to serve victims, interrupt the cycle of gun violence, and reduce gun violence overall.

Everytown for Gun Safety Support Fund and Cities United have identified federal VOCA victim assistance grants as a bountiful but underutilized resource for gun violence intervention services. This report details plans of action for states, cities, hospitals, and community-based organizations to utilize this funding for communities impacted by gun violence. If followed, these recommendations would reverse the historical failure of states to dedicate VOCA victim assistance dollars to gun violence victim services and enable them to seize an opportunity to make our communities safer, healthier, and more hopeful.

Over the course of six months, Everytown and Cities United spoke with local organizations serving victims of gun violence about their experience with VOCA victim assistance funds. Some community-based organizations were unfamiliar with VOCA victim assistance funding as an available resource. Many that did know about the funds had difficulty obtaining them, while others did not have the capacity and infrastructure to comply with the grant requirements. Still, others advocated for years in front of state administrators before obtaining funding.

Everytown and Cities United found that VOCA victim assistance funding can and should be utilized to support services to gun violence victims and to help stem cycles of violence. Among the gun violence intervention services eligible for victim assistance funding are: Hospital-based violence intervention programs; Street outreach programs such as Cure Violence; and Trauma recovery centers. 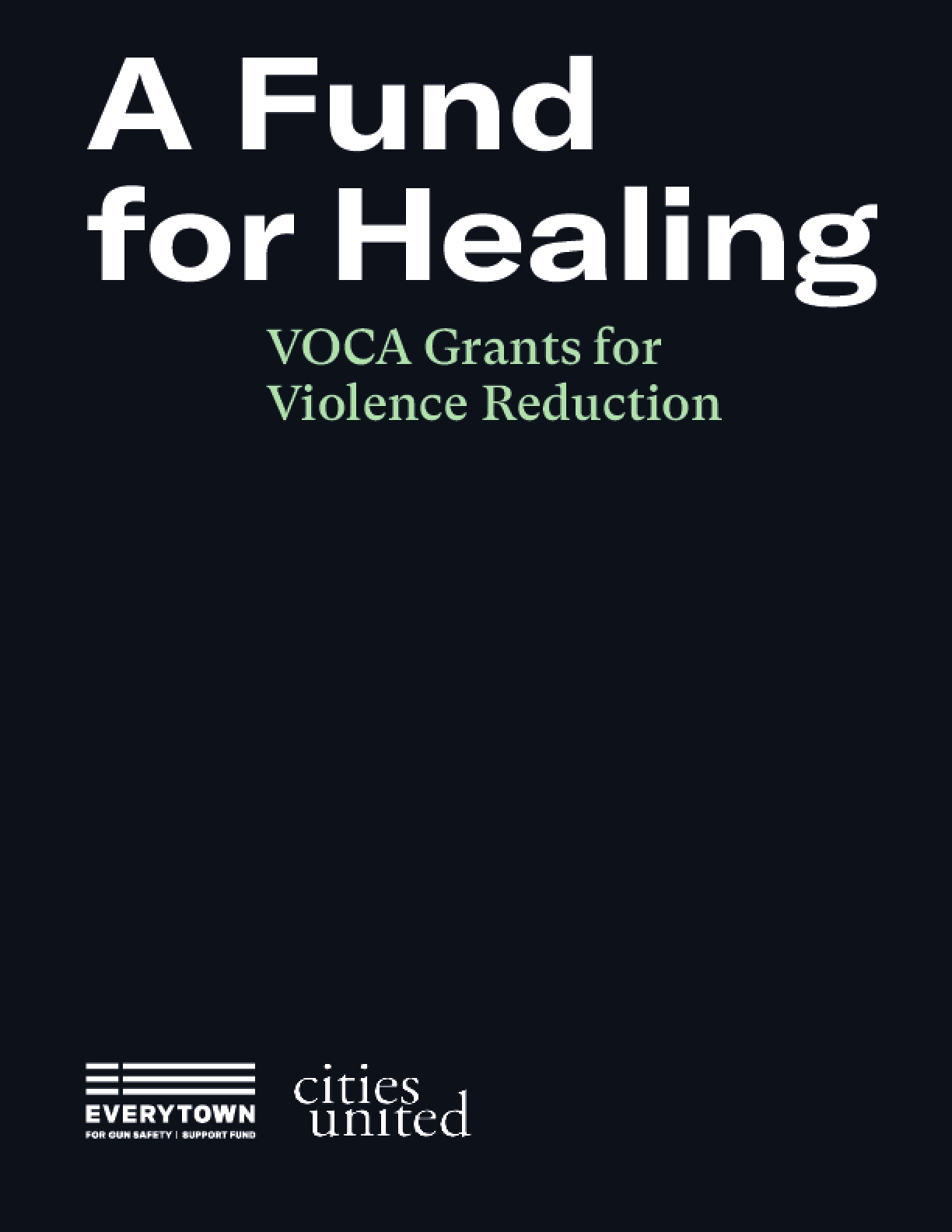