A Funding Crisis for Public Health and Safety: State-by-State Public Health Funding and Key Health Facts, 2017 found that core funding for disease prevention and health promotion programs has declined by around $580 million federally and has remained flat in states since 2010 (adjusting for inflation).

The annual review demonstrates that cuts to federal funds have not been offset by increases to state and local funding.  Adjusting for inflation:

The President's proposed FY 2018 budget blueprint would include a nearly 18 percent cut to the U.S. Department of Health and Human Services (HHS).  The full budget detail is expected to be released later this Spring. Budget sequestration – which requires reductions in the rate of increase in federal spending – is scheduled to go back into effect in FY 2018 and would lead non-defense spending, including at CDC, to fall 16 percent below 2010 spending rates (adjusting for inflation). 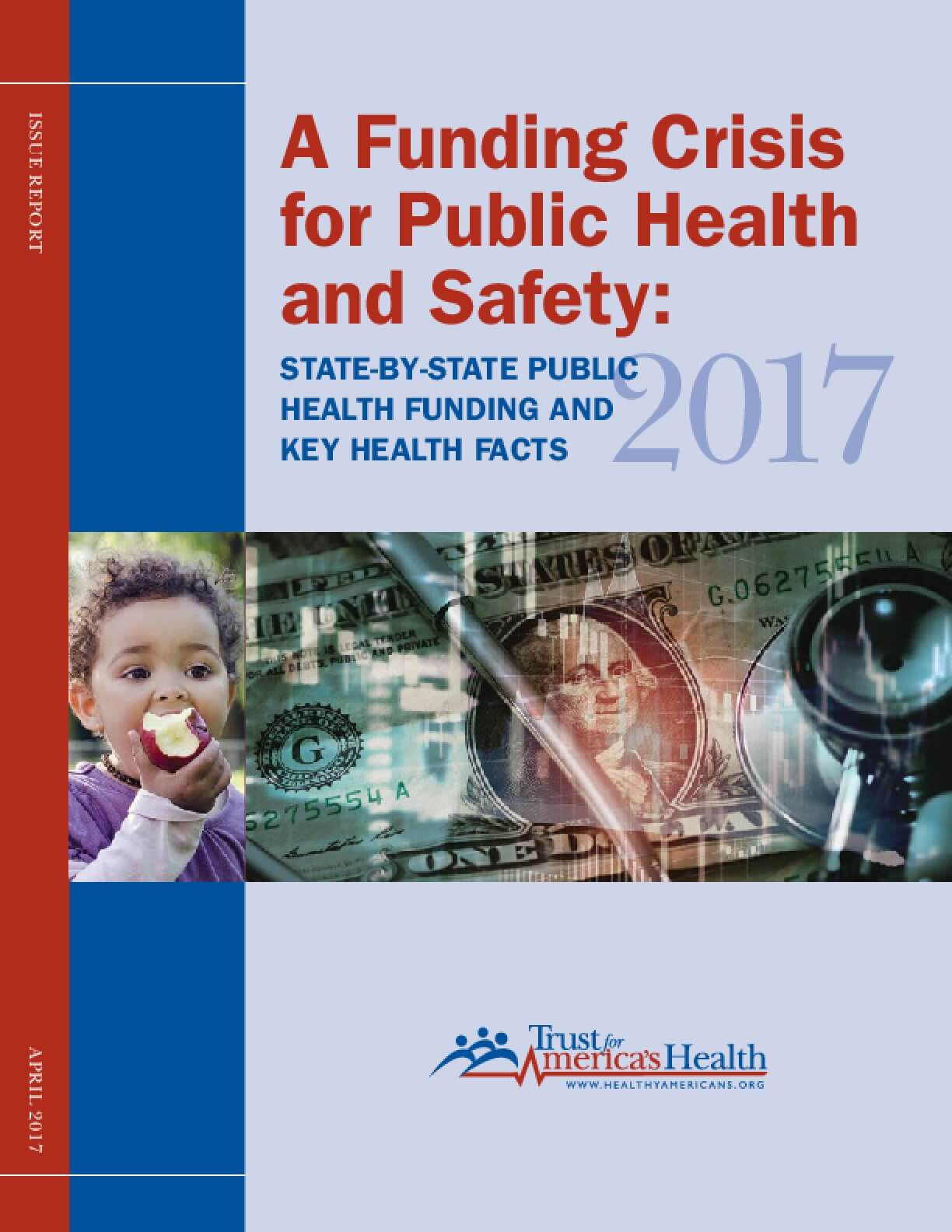