A Generation of Impact: The Evolution of Philanthropy over the Past 25 Years

In this paper, A Generation of Impact: The Evolution of Philanthropy over the Past 25 Years, we analyze the development, at the national level, of an array of strategies that philanthropy has leveraged to create greater impact over this generation. We begin by documenting the changing landscape of philanthropy and the phenomenal growth in private giving that began in 1995. The times series data on giving and foundations (numbers, assets and giving) all show the establishment of a new plateau for giving over the last two and half decades. Of particular note is the doubling of foundation giving – from 9 percent to 18 percent – as a relative share of total private giving. In addition, the foundations created over this period account for 60 percent of all U.S. foundations, hold 36 percent of total U.S. foundation assets and account for 48 percent of total U.S. foundation giving. 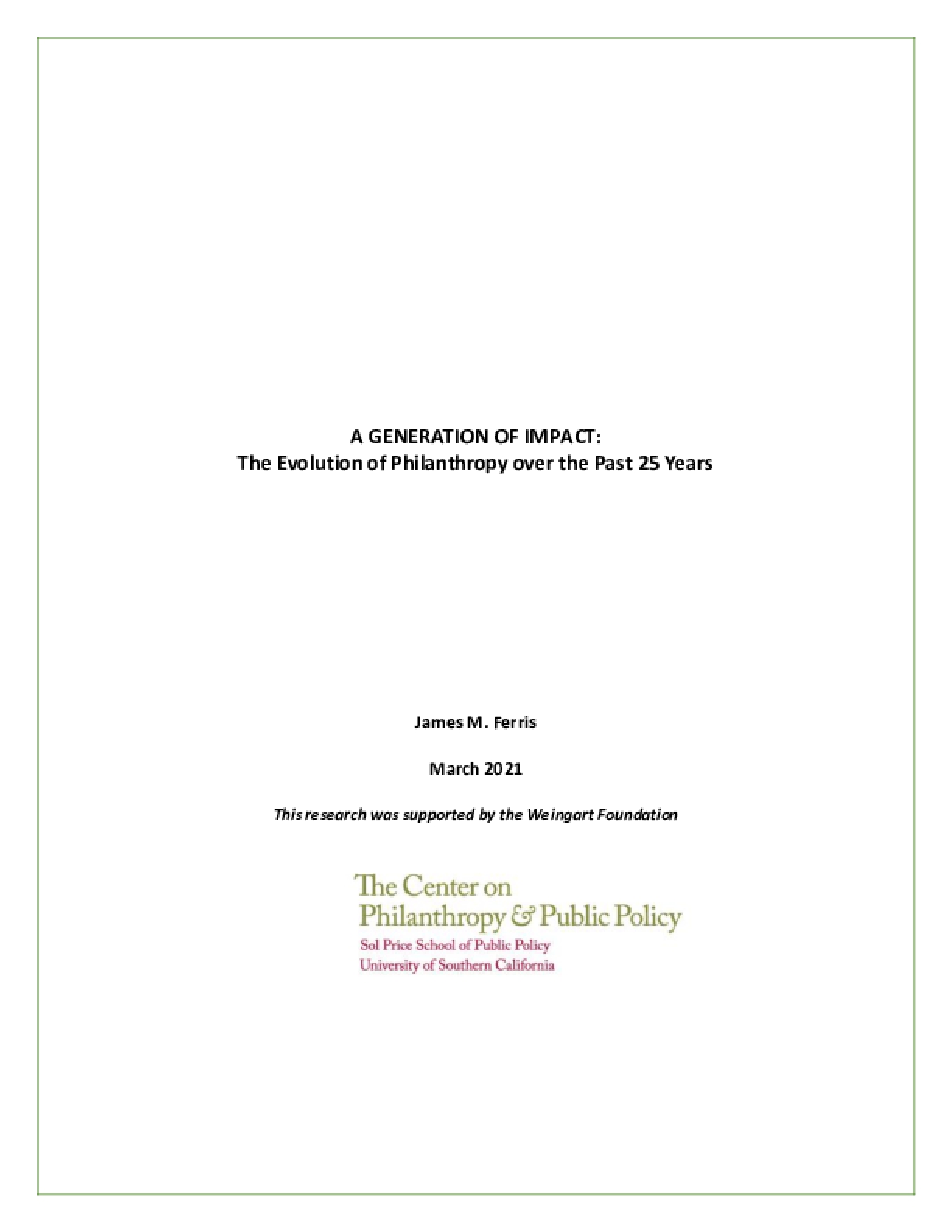