A Glimpse Inside the Coffers: Endowment Spending at Wealthy Colleges and Universities

Even as ongoing national conversations about income inequality intensify, wealth stratification is occurring not only among individuals but also among institutions of higher education, a study from theEducation Trust finds.

The report, "A Glimpse Inside the Coffers", found that roughly 3.6 percent of the nation's colleges and universities held 75 percent of all postsecondary endowment wealth. Despite that wealth, however, few of the hundred and thirty-eight colleges and universities with at least $500 million in their endowments were found to be investing significantly in students from low-income families, with nearly half those institutions ranking in the bottom 5 percent nationally in terms of the enrollment of first-time, full-time Pell Grant recipients.

The assets of these institutions totaled $149.5 billion at the beginning of 2010 and had grown to $202.3 billion just four years later. According to the report, if the thirty-five institutions that currently spend less than 5 percent of their endowments annually were to increase their spend-out rate to the 5 percent required of private foundations, an additional $418 million would become available for other things. And if those funds were allocated solely to financial aid, they could be used to enroll an additional 2,376 low-income students at the current net price for four years -- a nearly 67 percent increase from the enrollment numbers for first-time, full-time low-income students in 2012-13. Alternatively, the same $418 million also could be used to reduce the net price for low-income students at these institutions by an average of $8,000 per year for four years.

"It's common for institutional leaders to say that endowment spending is all about preserving the excellence of their institutions for years to come. But our data show that most could easily afford to do more to educate more low-income students now without compromising their futures," said Andrew Nichols, director of higher education research and data analytics and co-author of the report. "By choosing to serve more low-income students, these wealthy institutions could be leaders -- not just in riches, but in extending opportunity." 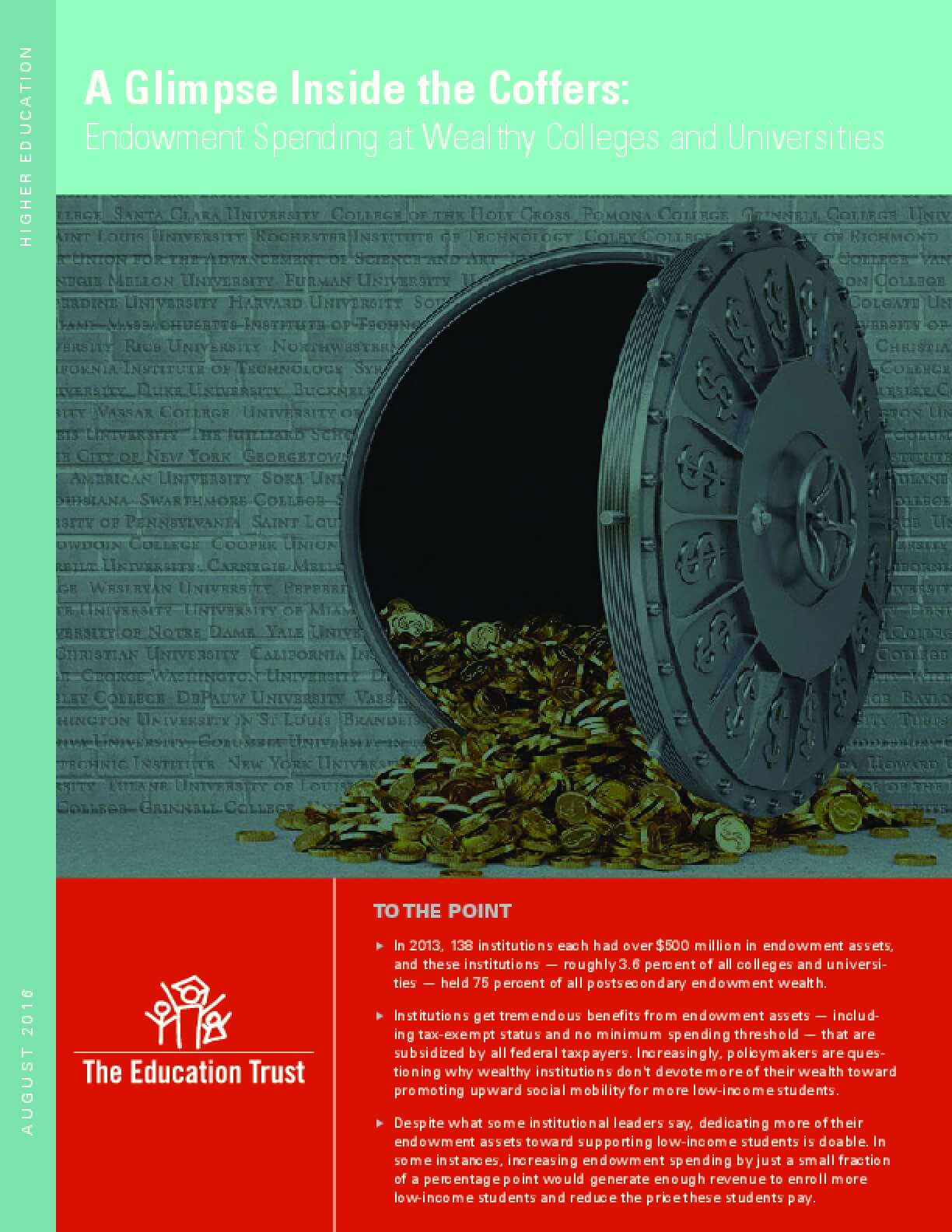