A Global Gaze: Lesbian, Gay, Bisexual, Transgender and Intersex Grantmaking in the Global South and East

In 2008, when Funders for LGBTQ Issues released our last edition of A Global Gaze, we reported that total giving to LGBTI communities in the Global South and East more than doubled between 2005 and 2007, from 328 grants totaling US $10.5 million in 2005 to 451 grants totaling US $26.2 million in 2007. In this, our third edition, we can report that in 2010 there were 713 grants totaling US $35,467,361 made by 64 funders worldwide (up from 40 in 2007). There is of course some peril in comparing 2010 numbers to 2007 numbers. Our findings must be taken together with the knowledge that the value of the dollar, the global economy, and local, regional, and global political climates have all undergone significant changes in the last three years. 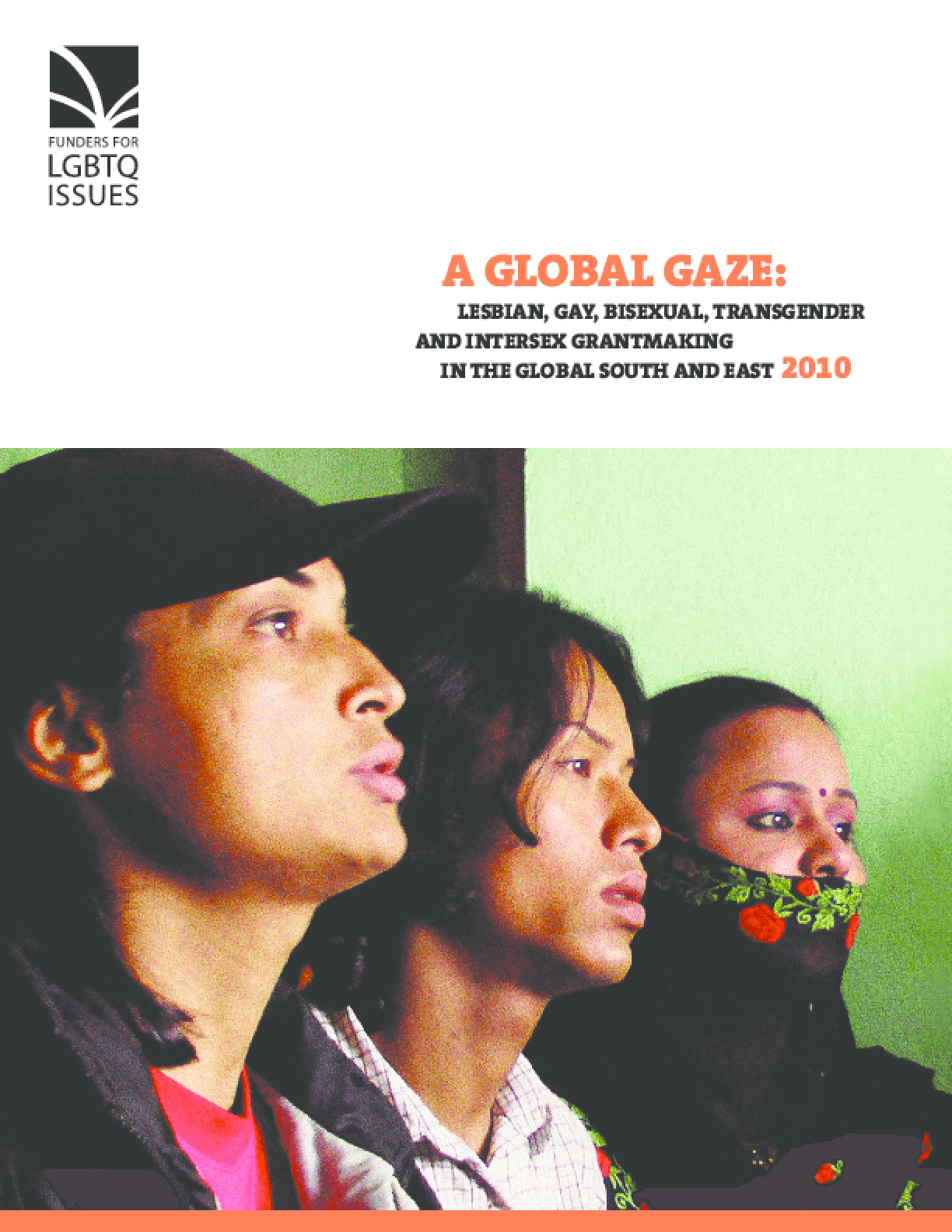