A Guide to the Immigration Accountability Executive Action

On November 20 and 21, 2014, President Obama announced his "immigration accountability executive action," which includes a series of measures that are first steps towards common-sense reforms to an outdated immigration system. The series of executive actions presented by the administration range from new temporary immigration protections for many unauthorized parents of U.S. citizens and lawful permanent residents to highly technical regulatory proposals to fix outdated visa provisions. The series of changes, updates, and temporary measures relies on the expansion of successfully implemented programs, enhanced efforts to coordinate immigration enforcement and benefit policies across agencies, and attempts to use immigration as a tool of economic and social change. At the same time, the policies reflect the limits of executive authority, in many cases offering temporary respites until Congress definitively acts to reform the law. This guide from the American Immigration Council puts the issues in context, explaining what we know about the executive actions thus far, what the President's legal authority is for these actions, and some of the history and background that preceded the announcement. 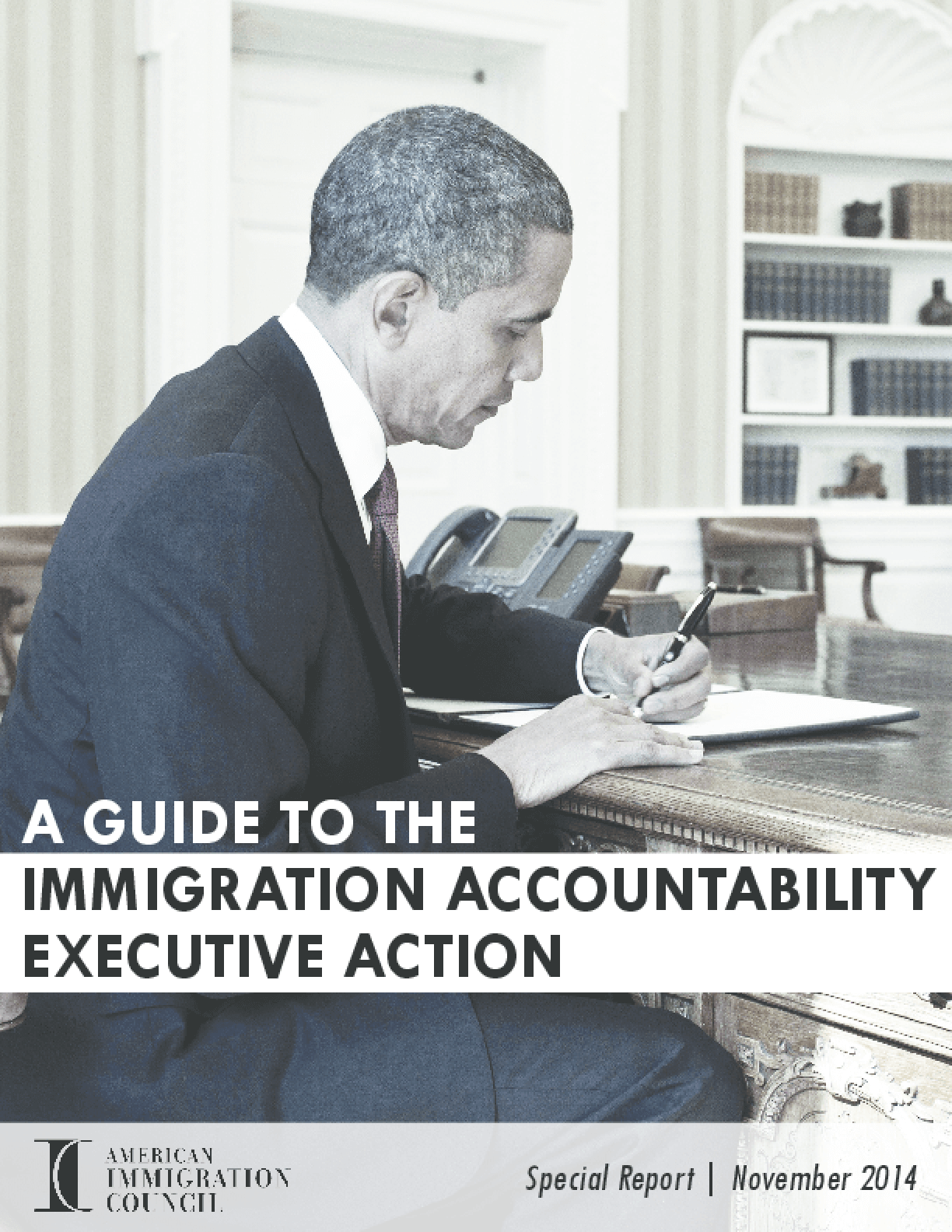