A Higher Wage is Possible: How Walmart Can Invest in Its Workforce Without Costing Customers a Dime

American workers are working harder for less, with productivity rising but living standards stagnant or declining. At the same time, stock market wealth and incomes for the highest-paid Americans have risen. Against this backdrop, the pay practices of the nation's largest private employer have come under increased scrutiny. Walmart, with 1.3 million U.S. employees and $17 billion in annual profits, sets standards for all other retailers and across the supply chain of one of the nation's fastest growing industries. Walmart's practices impact the public sector and taxpayers as well when employees earn too little to meet their needs and require public assistance. Finally, Walmart is a leader in promoting an employment model in which workers earn too little to generate the consumer demand that supports hiring and would lead to economic recovery. In the last year, Walmart employees themselves have been increasingly vocal in protesting their low pay. Since the last holiday season, Walmart employees in stores throughout the country have repeatedly spoken out in pursuit of a modest wage goal: the equivalent of $25,000 a year in wages for a full-time employee. 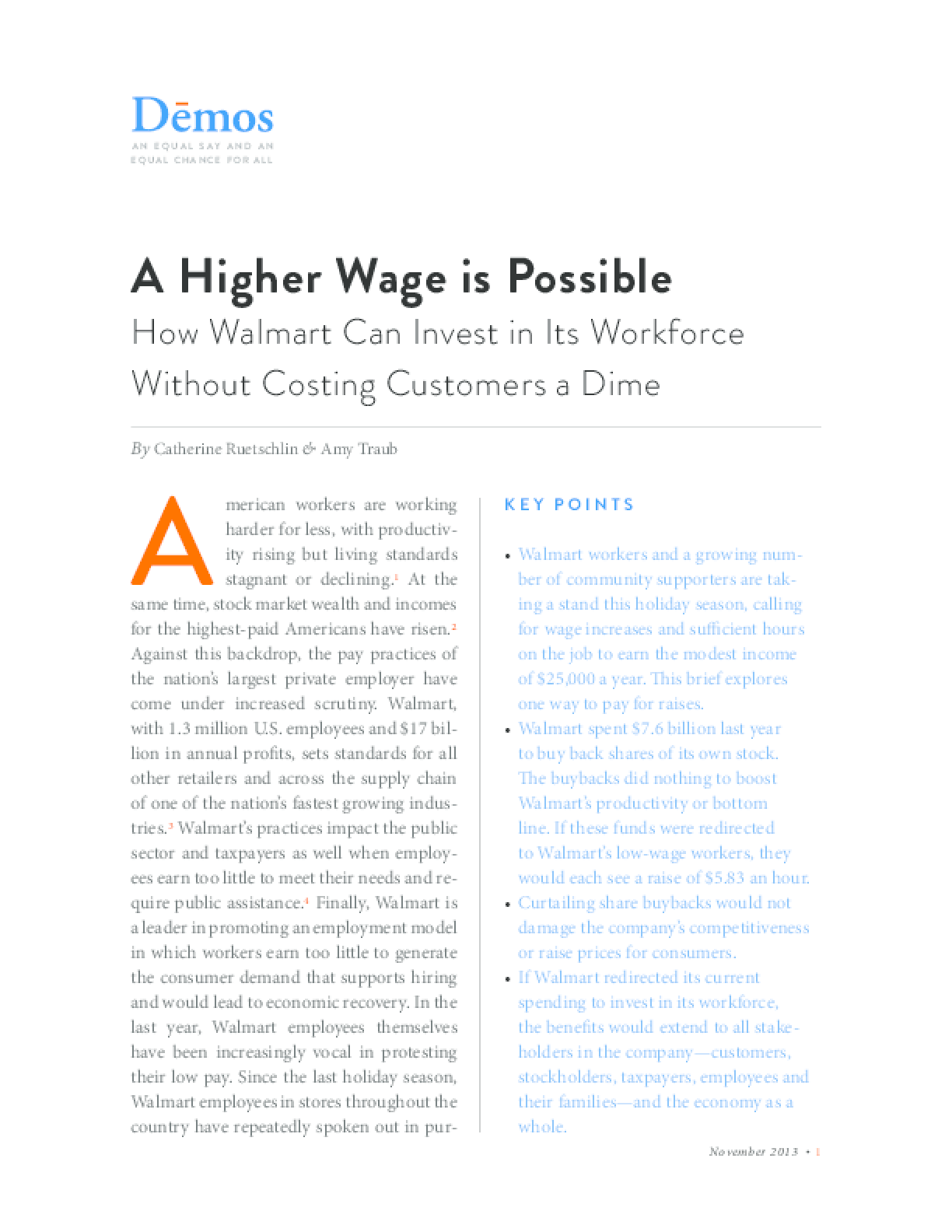