This report explains that jobs are essential to improving African American communities. It identifies jobs as the backbone of community development and outlines a plan for the federal government to ameliorate joblessness within black communities. The plan has three components: the creation of public sector jobs, job training with job placement programs, and wage subsidies for employers. 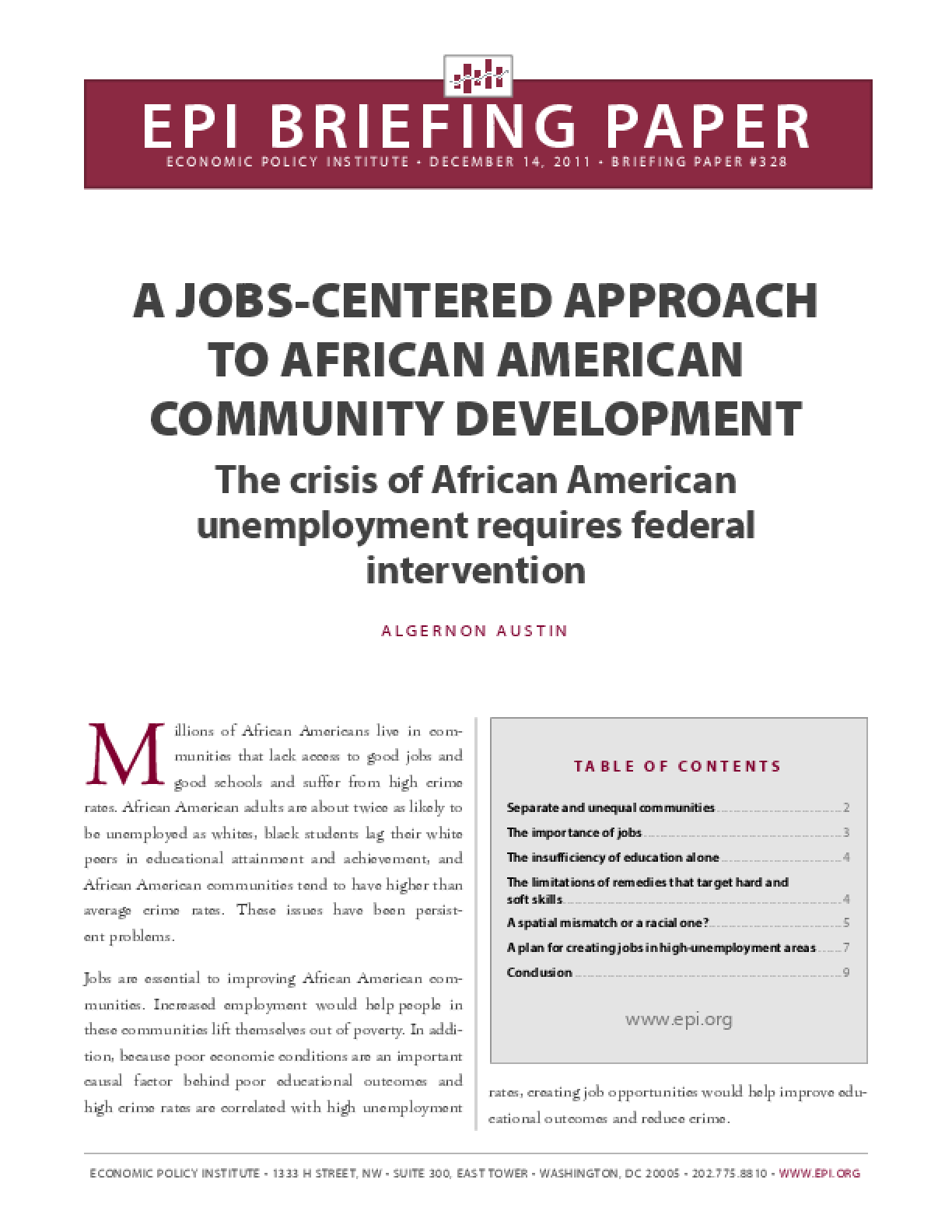