A Long Way in a Short Time: States' Progress on Health Care Coverage and Access, 2013-2015

Goal: To compare access to affordable health care across the U.S. between 2013 and 2015. Methods: Analysis of most recent publicly available data from the U.S. Census Bureau and the Behavioral Risk Factor Surveillance System.

Key findings and conclusions: Between 2013 and 2015, uninsured rates for adults ages 19 to 64 declined in all states and by at least 3 percentage points in 48 states and the District of Columbia. For children, uninsured rates declined by at least 2 percentage points in 28 states. The share of adults age 18 and older who reported forgoing a visit to the doctor when needed because of costs dropped by at least 2 percentage points in 38 states and D.C. In contrast, there was little progress in expanding access to dental care for adults, which is not a required benefit under the ACA. These findings illustrate the impact that policy can have on access to care and offer a focal point for assessing future policy changes. 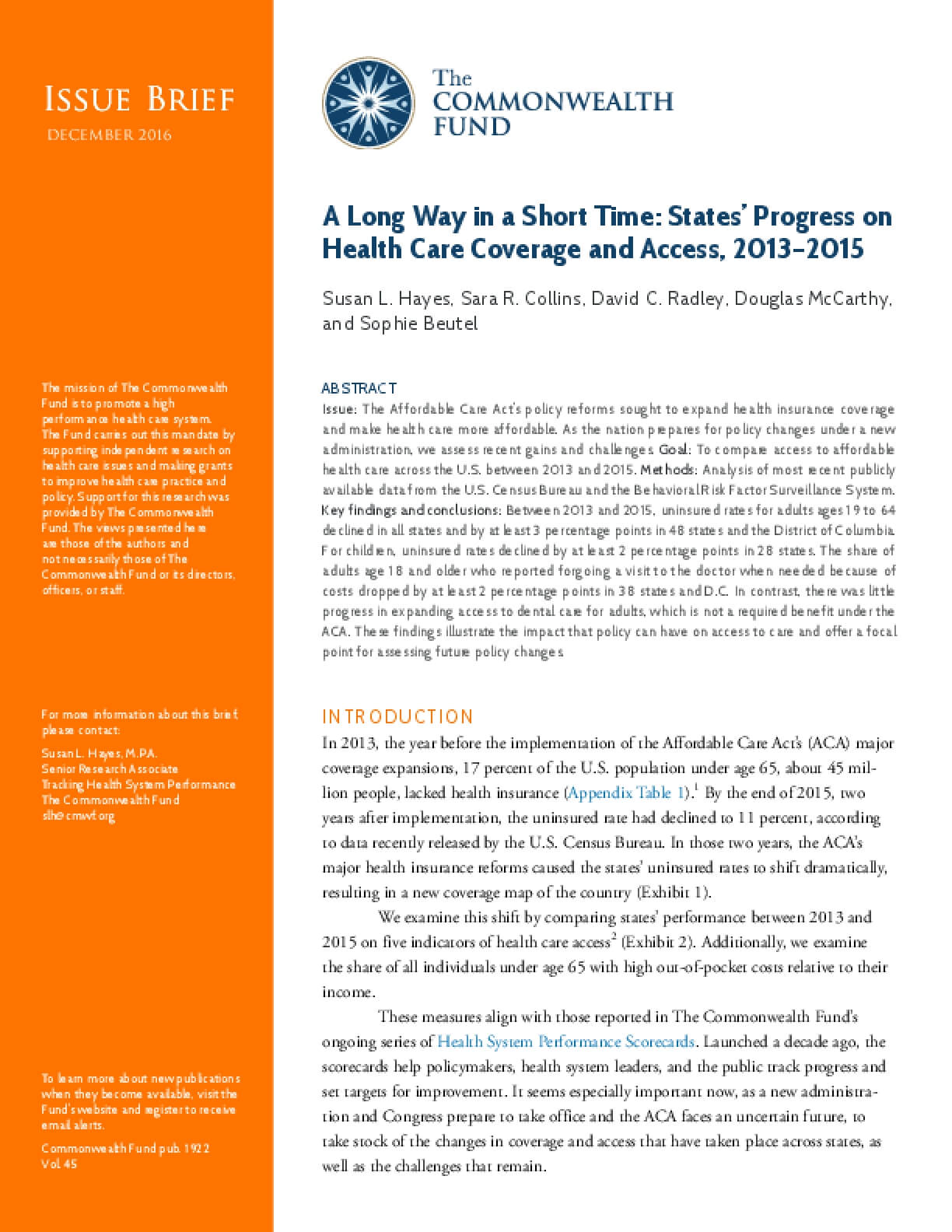