A Matter Of Trust: How The Revolving Door Undermines Public Confidence In Government - And What To Do About It

PUBLIC CONFIDENCE IN THE INTEGRITY OF THE FEDERAL GOVERNMENT is alarmingly low. While numerous factors contribute to this phenomenon, one of the most potent is the widespread belief that government has been taken over by powerful special interests. Such a belief is not unfounded. Special interests—which these days mainly mean large corporations and their trade associations— spend huge sums on campaign contributions and lobbying. Yet money is not the only way business exercises its influence; it also relies on the movement of certain people into and out of key policymaking posts in the executive and legislative branches. This movement, known as the revolving door, increases the likelihood that those making policies are sympathetic to the needs of business—either because they come from that world or they plan to move to the private sector after finishing a stint with government. The revolving door is not new, but it seems to have become much more common. Recent administrations have appointed unprecedented numbers of key officials from the ranks of corporate executives and business lobbyists. At the same time, record numbers of members of Congress are becoming corporate lobbyists after they leave office, and it has become routine for top executive-branch officials to leave government and go to work for companies they used to regulate. As more and more officials are making policies affecting companies for which they used to work or will soon do so, actual and potential conflicts of interest are proliferating. It is to address this problem that the Revolving Door Working Group was created and that this report was written. Our aim is twofold: to educate the public about the workings of the revolving door and the inadequacies of the current regulatory framework that governs it; and to propose a set of new measures to strengthen that framework. 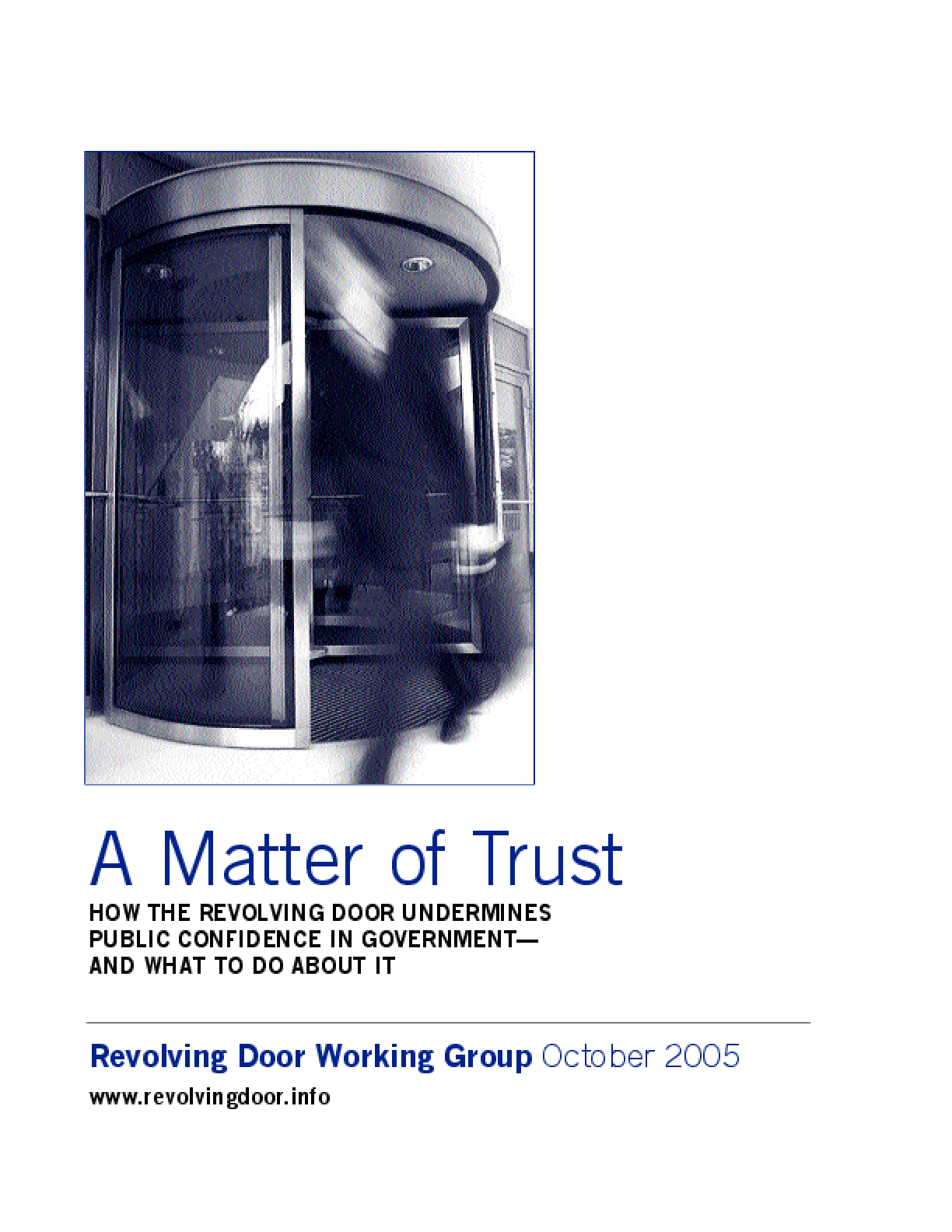