A Midpoint Report on the True North Fund

In July 2010, the Social Innovation Fund (SIF) awarded the Edna McConnell Clark Foundation (EMCF) $10 million (the first of three $10 million awards) to increase the scale and impact of youth development organizations whose programs have been shown to produce positive outcomes in communities of need across the United States. EMCF and its co-investors are tackling the immense problems confronting America's low-income youth -- for example, more than 22 percent of all children in the U.S. live in poverty, and 30 percent of public school students fail to graduate from high school, leading to a lack of educational success and employment among youth and young adults across the country. In 2011, EMCF launched the True North Fund (TNF) to aggregate private growth capital in support of nine initial (and subsequently three additional) SIF grantees. EMCF matched the $10 million in federal funds from the SIF 1:1 with its own funds and then, in collaboration with the TNF co-investors and grantees, helped raise the remaining 2:1 match to meet the SIF's 3:1 match requirement. EMCF also provided the grantees with additional supports, including assistance with business planning from the Bridgespan Group and with evaluation planning and implementation from MDRC, and access to executive and leadership coaching.Through the TNF, EMCF and its co-investors' goals are to: Significantly increase the numbers of youth served by effective programs;Support rigorous independent evaluations that help youth-serving organizations and the field advance evidence of programmatic effectiveness in ways that strengthen and improve programs as they grow; Demonstrate a more efficient and effective method of organizing private and public capital on behalf of low-income youth; and Encourage by example and advocacy fundamental change in how public and private capital is deployed to scale what works. This report reflects the experience of the nine initial TNF grantees. In 2013, EMCF selected three additional TNF grantees: PACE Center for Girls, WINGS for kids, and Youth Guidance. Two years after launching the initiative, EMCF commissioned this midpoint report on the TNF to answer the following questions: This report summarizes high-level themes that emerged from a review of the TNF literature and telephone interviews with EMCF senior management, EMCF's strategic collaborators, nine TNF grantees, and 12 of the 15 co-investors. It is not meant to be a formal evaluation or exhaustive review with deep analyses of grantee outcomes and accomplishments. Rather, it takes the temperature of the TNF at midpoint in order to inform EMCF and its co-investors, and share with the public some early lessons learned. EMCF expects to publish more detailed, in-depth findings after the initiative concludes in 2015 -- 16. 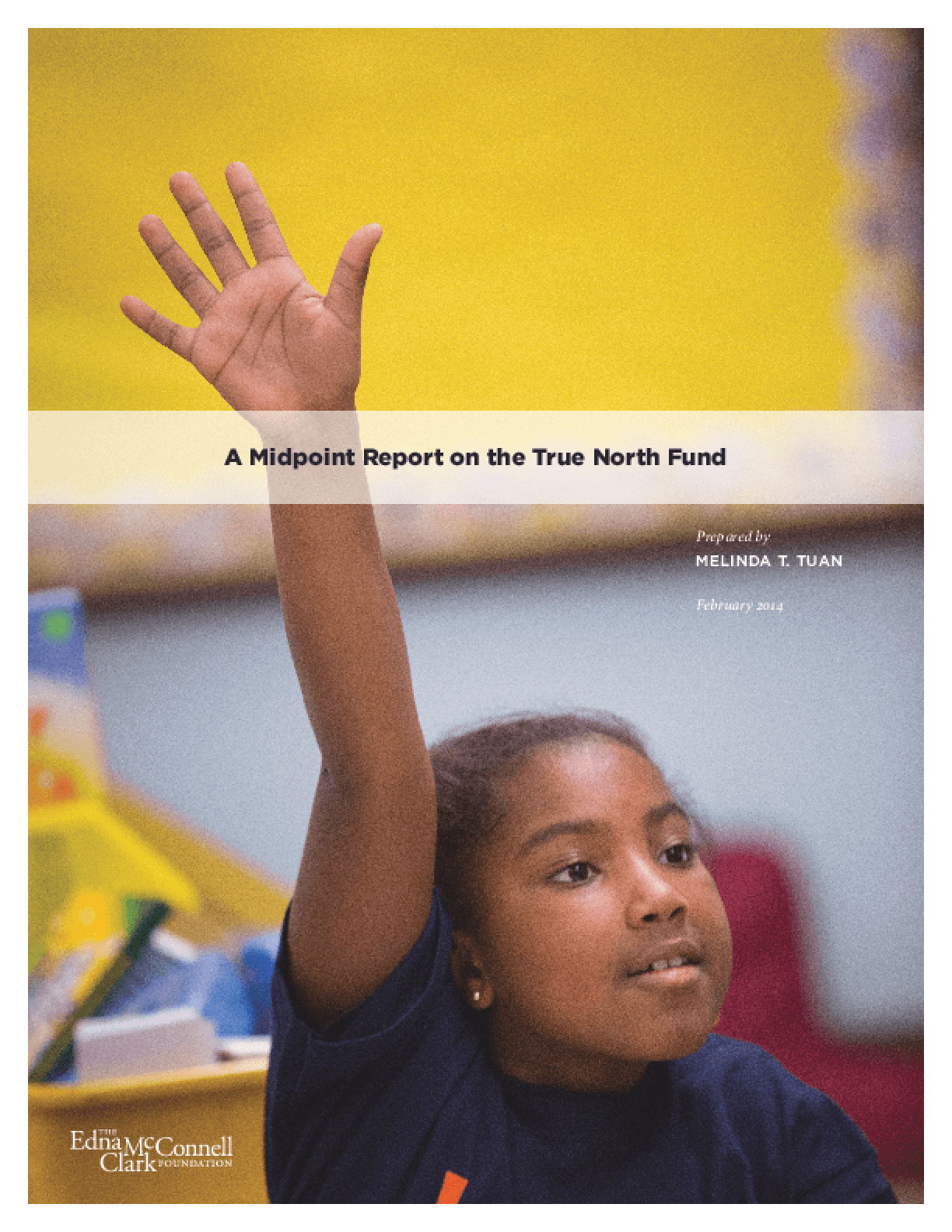