The model legislation offered below is presented as a blueprint for states and localities to require safer handguns. Modifications to the proposed legislation can be made by advocates and legislators to account for local statutory requirements and political exigencies. Personalization is the intervention strategy promoted in the legislation because its protection extends beyond that offered the small child by childproofing. Personalized guns would also be inoperable by the despondent teenager contemplating suicide and the criminal who steals the gun. Handguns are targeted because of their presence in about a quarter of households in the U.S. and because they are most often the firearm of choice for people purchasing a gun for self-defense, for the suicide victim, and for the criminal. State and local regulation addressing public health problems, such as firearm injury and death, is an appropriate use of the state's or locality's "police power" -- the general power to provide for the health and safety of the people. The police power of the locality (i.e., a city or county), however, is delegated to it by the state. At the discretion of the state legislature, a state may retain its police power with regard to a particular public health problem and thereby prohibit or preempt a locality from enacting laws addressing the problem. Many state laws preempt all or some types of local gun legislation. Therefore, the existence and extent of state preemption would help determine if the legislation offered below would be appropriate for consideration by a locality. 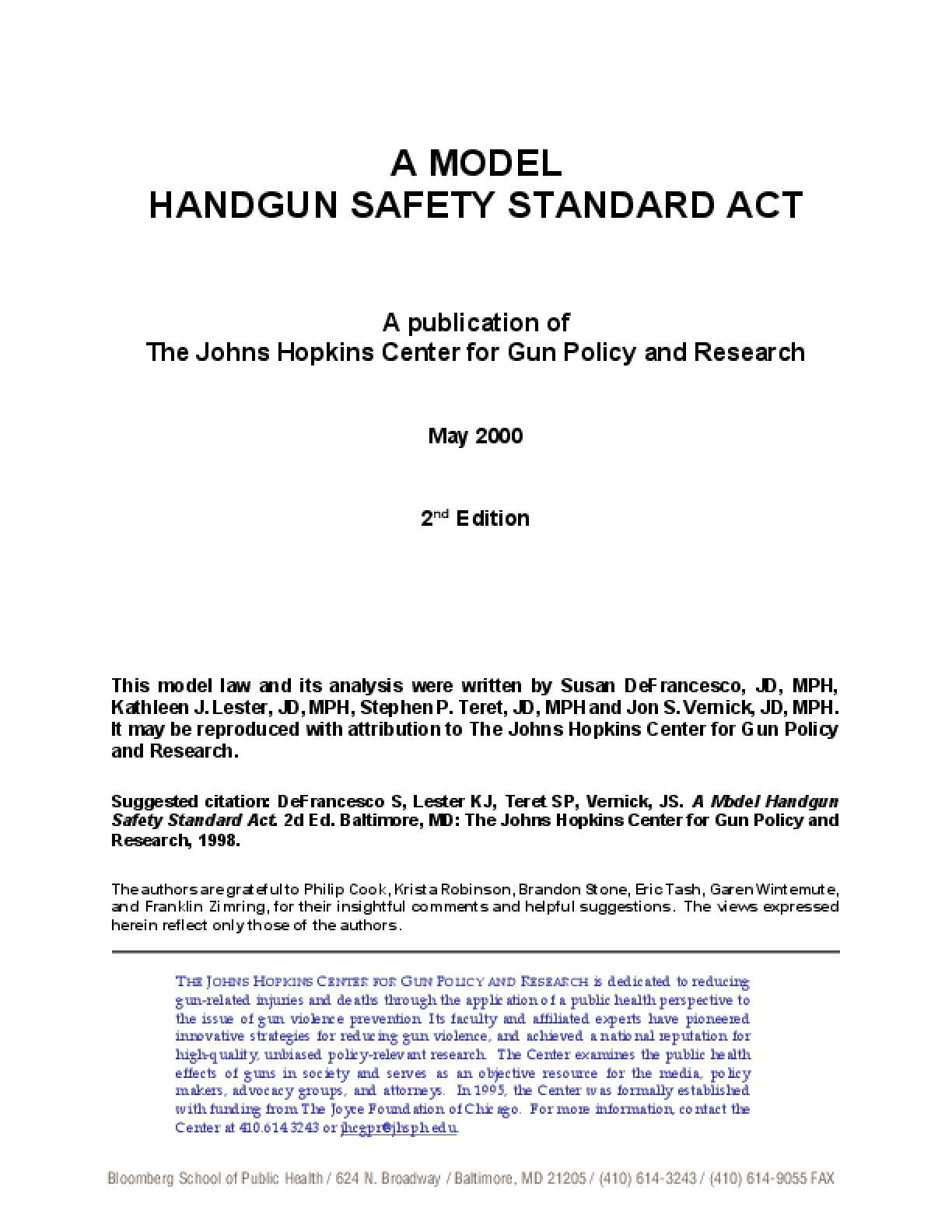