A Modern Framework for Measuring Poverty and Basic Economic Security

This report details how the dominant framework for understanding and measuring poverty in the United States has become a conservative one. The current U.S. approach to measuring poverty views poverty only in terms of having an extremely low level of annual income, and utilizes poverty thresholds that are adjusted only for inflation rather than for changes in overall living standards. As a result, the official poverty measure has effectively defined deprivation down over the last four decades, moving it further and further away from mainstream living standards over time, as well as from majority public opinion of the minimum amount needed to "get along" at a basic level. A new Supplemental Income Poverty Measure (SIPM) proposed by the Obama administration makes some important improvements to the current poverty measure. However, the SIPM remains a conservative approach that appears likely to lock in the poverty line at an extremely low level. This report proposes a new framework for measuring poverty and basic economic security in the United States. Instead of being limited to the "extremely-low-income-only" approach the current poverty line and administration's proposed Supplemental Income Poverty Measure (SIPM) represent, this framework should utilize measures of low income and other forms of economic hardship related to low income. 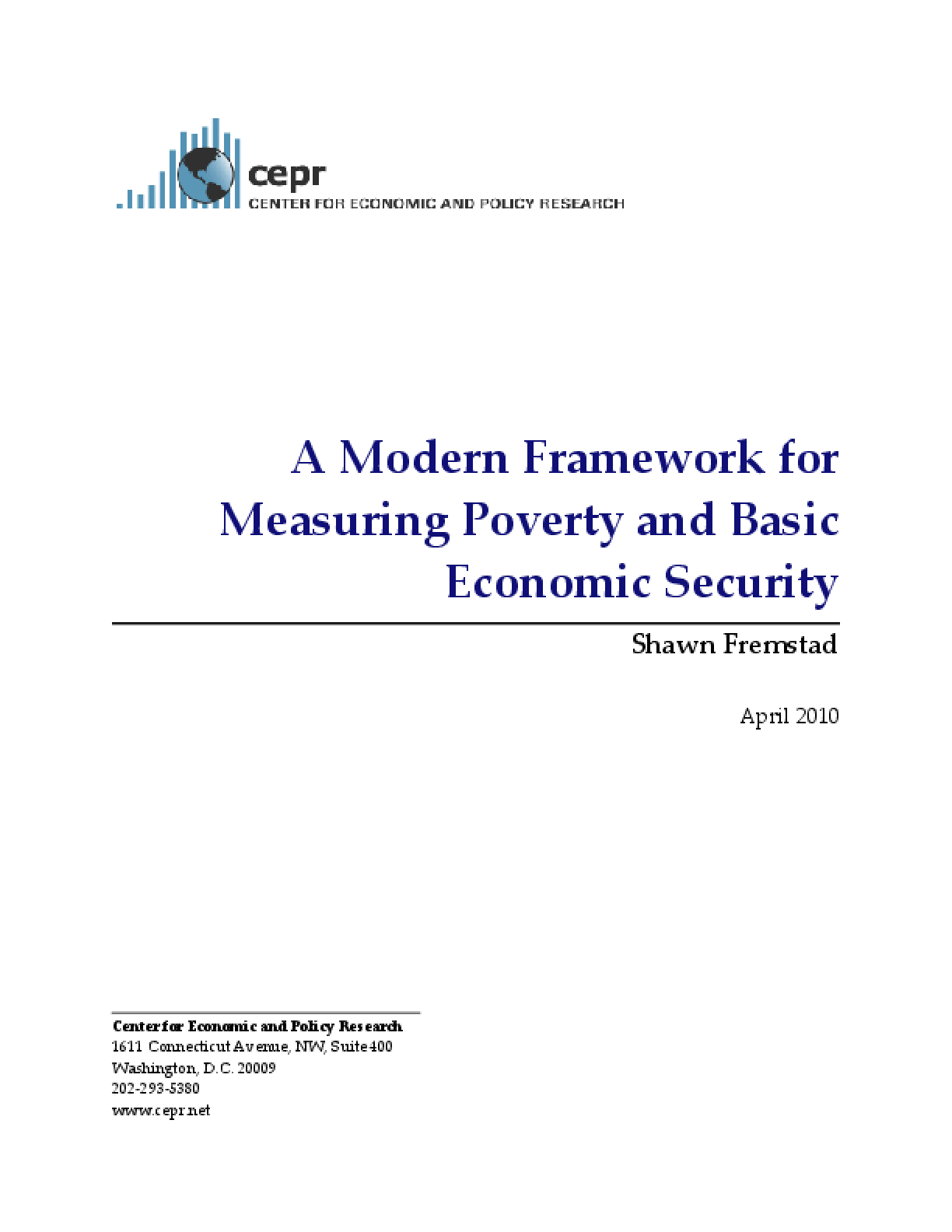