A New Deal For Journalism

This report has been produced by the Working Group on the Sustainability of Journalism of the Forum on Information and Democracy, in response to a worsening international crisis facing the economic viability of independent professional journalism everywhere. The report calls for immediate and sustained action from, and collaboration between, governments and other influential actors to improve the policy, funding, and enabling environment for independent professional journalism – a New Deal for Journalism amounting to up to 0.1% of GDP annually in direct and  indirect  funding worldwide. The measures we outline in this report are evidence-based and can already point to broad support in many countries around the world. The gravity of the crisis facing journalism is severe, but, if policymakers and decision-makers can find the political will and imagination to take these choices now, and to build on them over the next decade, we believe this has the potential to be an inflection point for the sustainability of journalism, and for the health of open societies everywhere. 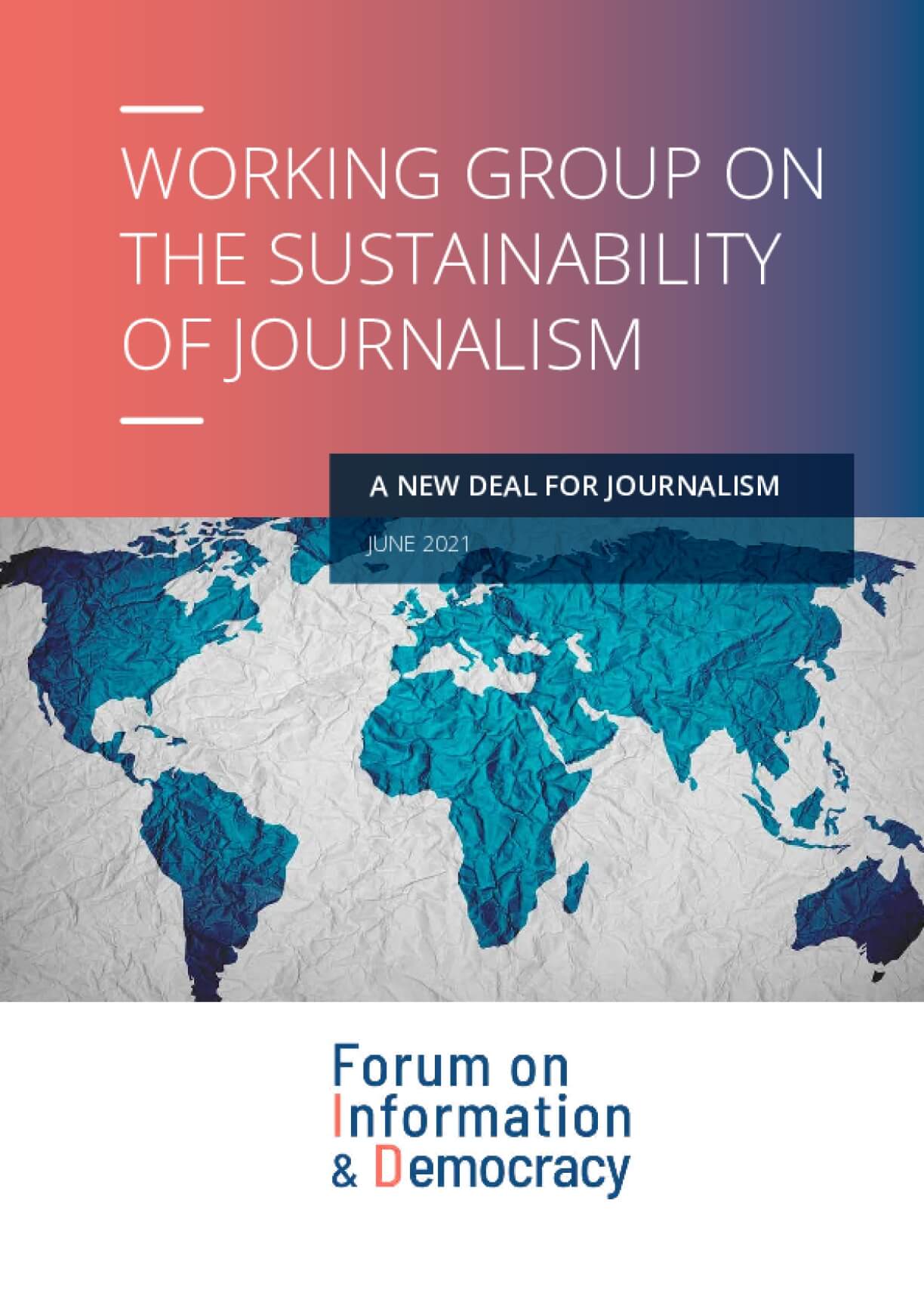