Behind the media and political attention focused on California prisons, which are plagued with severe levels of crowding, and a federal court order to reduce the inmate population by over 40,000, lies one of California's best-kept secrets: the state's youth correctional custodial population has declined over 80% in just over the past decade. Just since 2004 the California Youth Authority (CYA) population declined by over 5,000 inmates. The state has already closed five major juvenile facilities and four forestry camps for juvenile offenders. A number of factors have contributed significantly to the drop in the population of the CYA. The most frequently cited is the very negative media publicity in the early 2000s about the conditions inside facilities, the case of Farrell v. Harper in 2003, and realignment legislation passed in 2007 that required that more youthful offenders be managed at the county level. However, the CYA population began declining as early as 1997. The trend towards increased costs for counties to send youth to the CYA, and doubt that the CYA was an appropriate setting for many of the youth being sent there, had already begun in the late 1990s. While no single factor accounts for the drastic change in the CYA population, the research presented here points to multiple forces that came together in the mid- to late-1990s and early 2000s to change public perception, judicial behaviors, probation programs, sentencing policies, and state funding streams. We also find that this population reduction is particularly notable because it did not result in an increase in juvenile crime, as some had erroneously predicted. 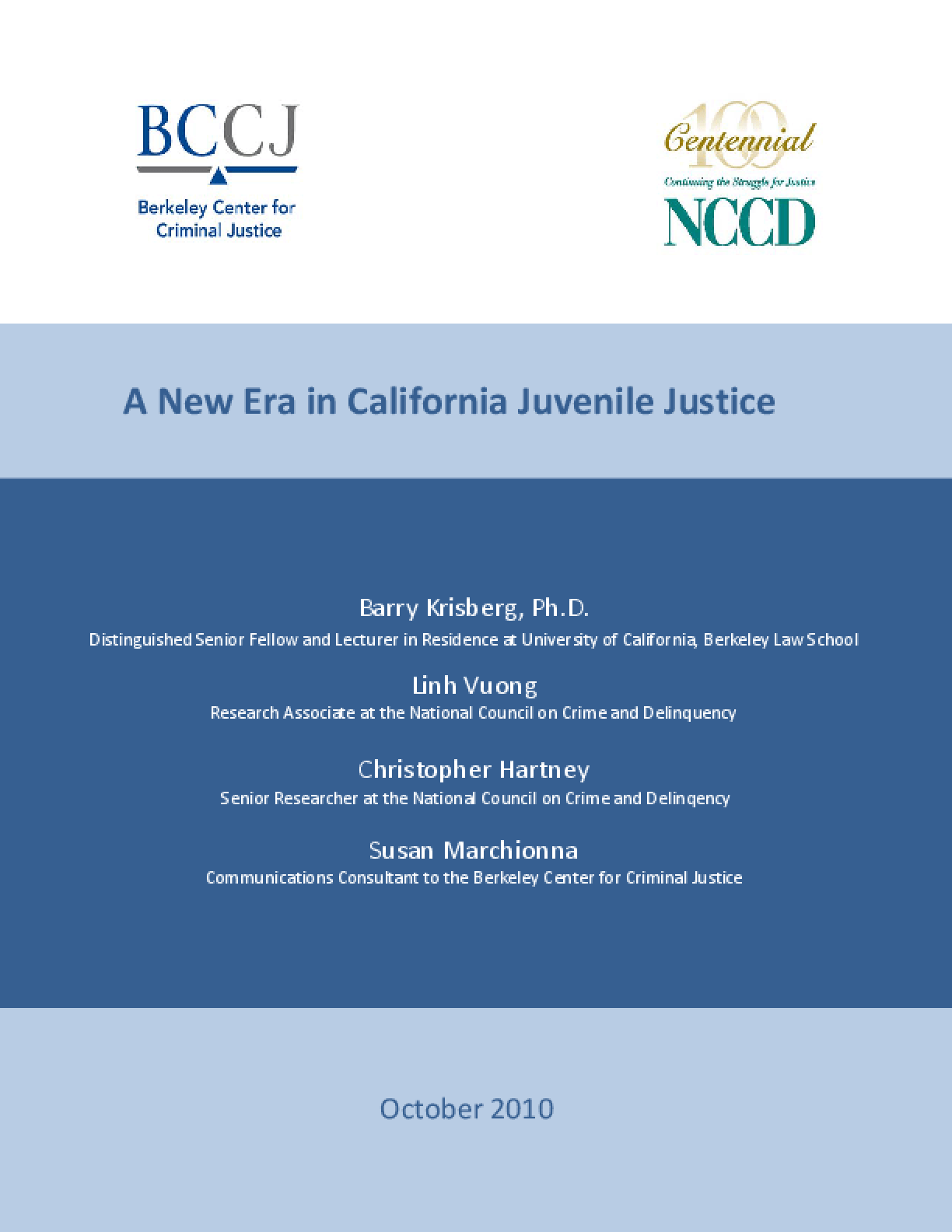