A Nursery for the Urban Poor

With the patronage of a royal princess, two women from different sides of the railway track came together to establish a daycare center in one of Thailand's most notorious slums to change the lives of poor urban families.

The Foundation for Slum Child Care (FSCC) was officially started in June 1981, and through a series of fortuitous events would come under the royal patronage of the late HRH Princess Galyani Vadhana. For nearly 35 years, it has worked to improve the quality of life of Bangkok's slum children: in 2014 alone, 2,133 children less than five years old were cared for by FSCC, whose operations have extended to four other slum communities in the capital.

Beyond the delivery of daycare services for the urban poor, the FSCC has established itself as a benchmark for child-care services and early childhood education in Thailand through its affiliate network and cutting-edge training programs, which include certification courses for informal nurseries and general early child-care development courses. 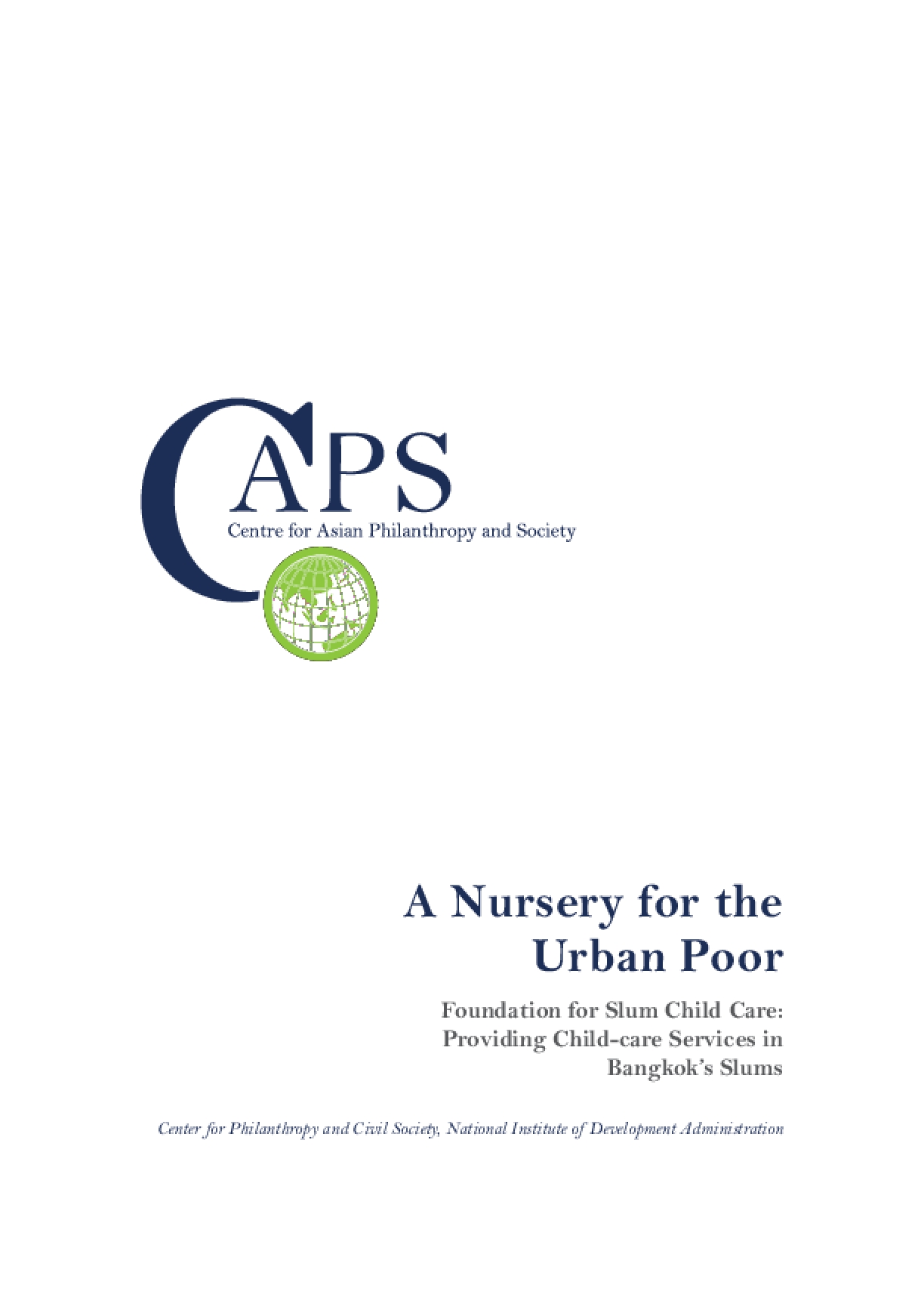