Although other studies have presented data on the number of federally- and state-subsidized units that are in danger of losing their affordability, there is a lack of recognition and understanding of the magnitude of at-risk, city-subsidized units. Therefore, ANHD set out to determine both the total number of city-subsidized units developed between 1987 and 2007, and establish how many of those units are at-risk of losing their affordability because of expiring regulatory agreements and mortgages. This period covers both Mayor Koch's original Ten-Year Plan that was continued by Mayors Dinkins and Giuliani, and the first four years of the Bloomberg Ten-Year plan. According to our analysis, 294,402 units were created or preserved with city subsidy over this twenty year period. While this is a tremendous accomplishment, 169,561 of these units may be at-risk of losing their affordability between 2017 and 2037 due to either expiring affordability restrictions or physical deterioration. This total does not include units developed under the city's Inclusionary Housing program, which requires permanence and those units under the control of mission-driven not-for-profit owners who are generally committed to maintaining affordability for the life of the building. 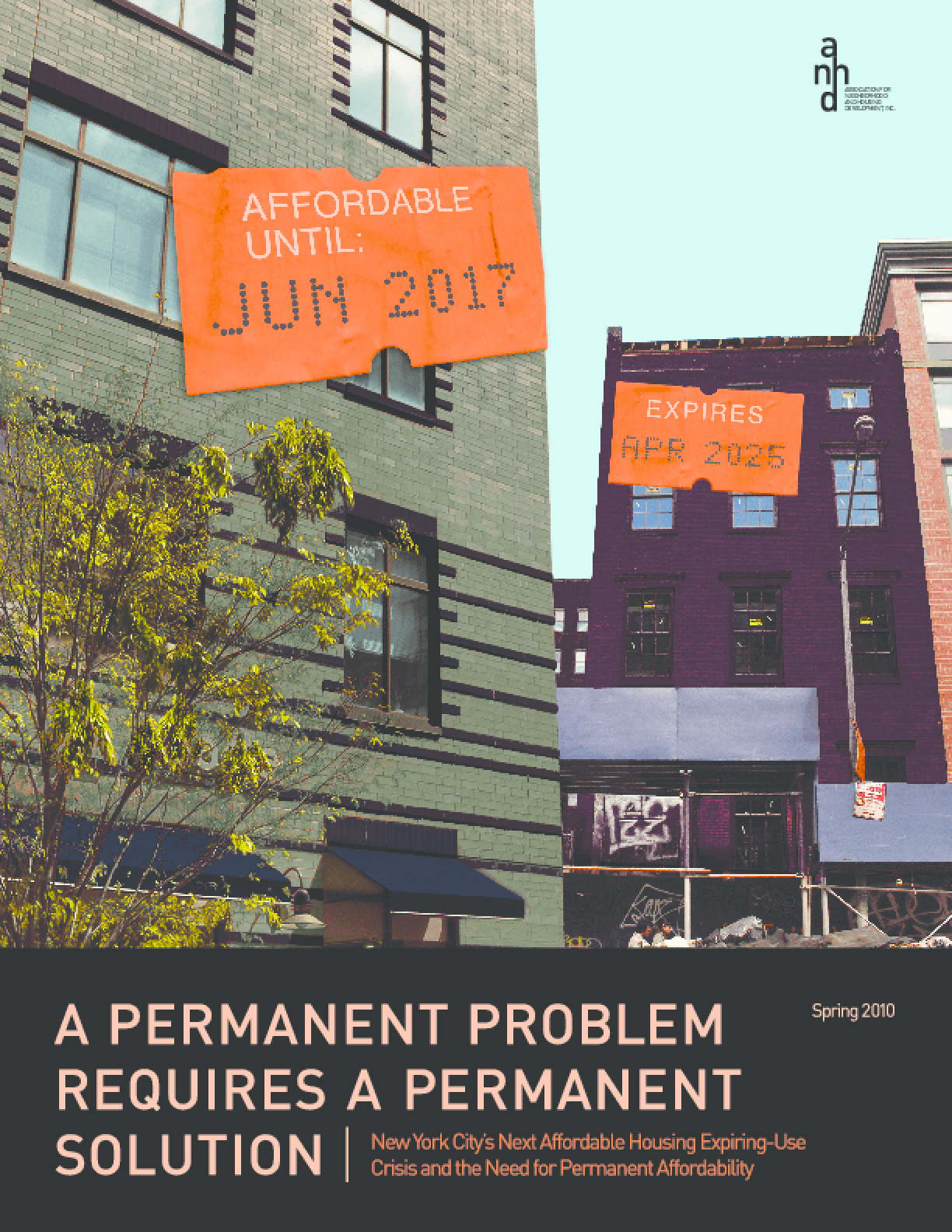