Mississippi ranks last among U.S. states on the American Human Development Index. But some groups in the state enjoy well-being levels similar to those in top-ranked Connecticut, while others experience levels of human development of the average American nearly a half century ago. The Mississippi State Conference NAACP commissioned this analysis by county, gender, and race to stimulate dialogue and action about Mississippi's disparities.

BY COUNTY: The top three county groups in the state, Rankin, Madison-Hinds, and DeSoto, are well ahead of the rest of the state in well-being with a human development level around the U.S. average. A resident of top-ranked Rankin County lives, on average, 6 years longer than a resident of the bottom-ranked Panola-Coahoma area, is 3 times more likely to complete college, and earns over $12,000 more. Mississippians living in Panola-Coahoma have a human development level similar to that of the average American in 1975, more than thirty years ago.

BY RACE: Whites who are worst off in the entire state in terms of income are still better off than the vast majority of African Americans. Earnings for white Mississippians in all county groups spans from $22,000 to $38,000. For African Americans, the range is $13,000 to $25,000. An African American baby boy born today in Mississippi can expect a shorter lifespan than the average American in 1960.

BY GENDER: Mississippi's females have a higher Human Development Index than do males, despite the fact that they earn 33 percent less, because females live over 5 years longer and have far higher rates of school enrollment. White men in Mississippi earn an average of $5,000 more per year than the typical American worker today, at $33,390. But white women have median personal earnings about equal to what typical Americans earned in 1980, $21,453.

Reduce infant mortality by improving health care for African American girls and women. African American babies die in Mississippi at more than twice the rate of white babies. The death of a child is a loss like no other, and the burden of grief borne by the African American community is heavy. The solution lies in ensuring that women have access to quality medical care and that girls grow to adulthood in an environment that supports them to eat a nutritious diet, get adequate exercise, manage chronic conditions like diabetes and HIV, cope with stress, and enjoy overall mental health.

Improve the quality of public education in Mississippi. Mississippi has some of the worst scores in the nation on most measures of K -- 12 educational quality. It is difficult to imagine how the state can make economic progress when the future workforce is deprived of the opportunity to develop even basic skills, much less the higher-order skills needed to obtain better-paying jobs, such as independence of thought, communications skills, interpersonal skills, and technology literacy.

Ensure that working families can make ends meet. White men in Mississippi are, on average, earning about $5,000 more per year than the typical American worker today. But African American women today earn less than the typical American in 1960; African American men earn what typical Americans earned in 1970; and white women what typical Americans earned in 1980. More than one in five Mississippians lives below the poverty line; nearly seven in ten public school students qualifies for a subsidized lunch. Other states help working families meet a basic monthly budget with a state earned income tax credit, state minimum wages, affordable housing, affordable health care options, and subsidized childcare. Such policies help to create an infrastructure of opportunity for all. 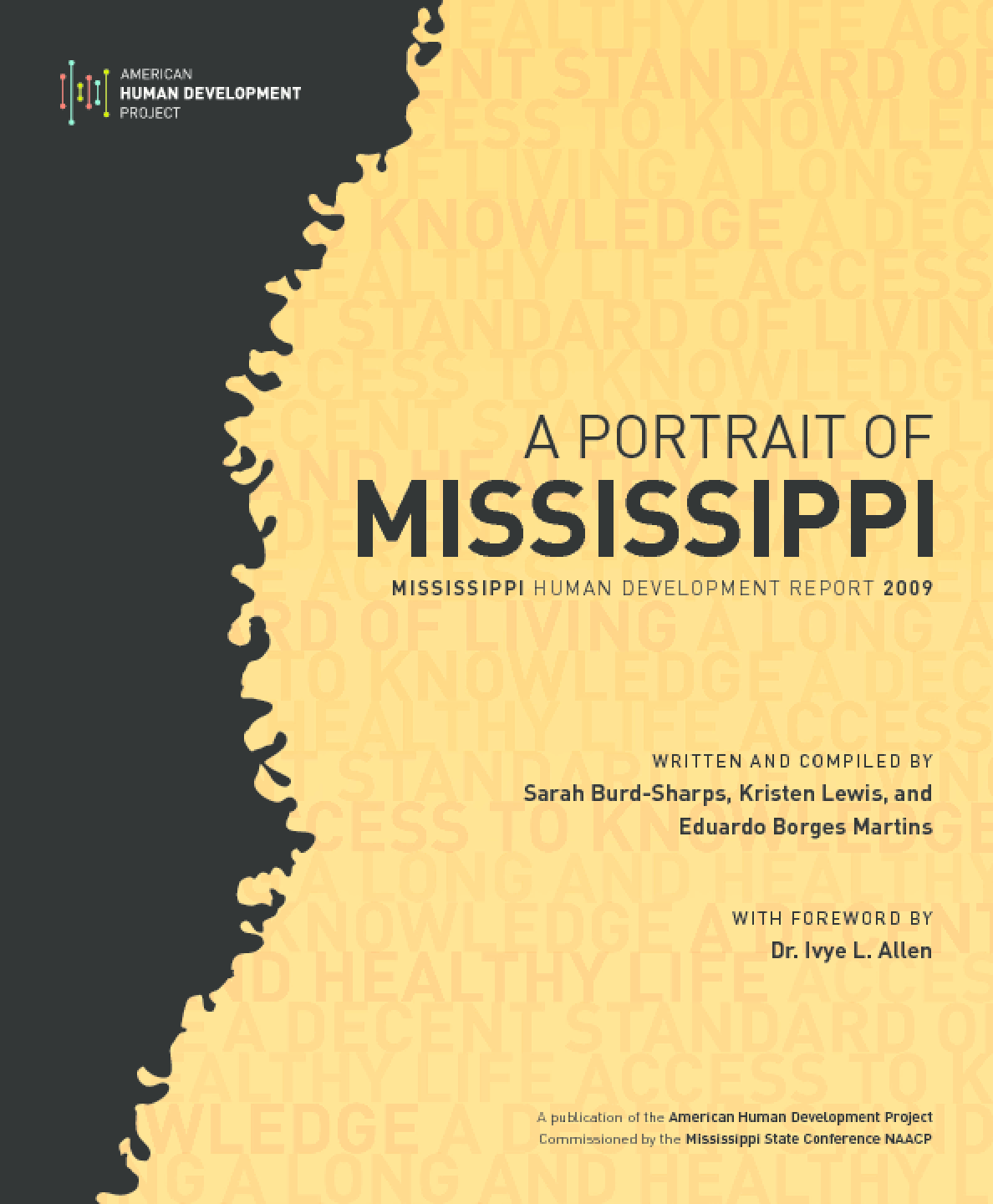