This report looks at the African American boys in the Oakland Unified School District (OUSD) who scored perfect on the California Standards Tests (CST) in the 2009-10 and 2010-11 school year. 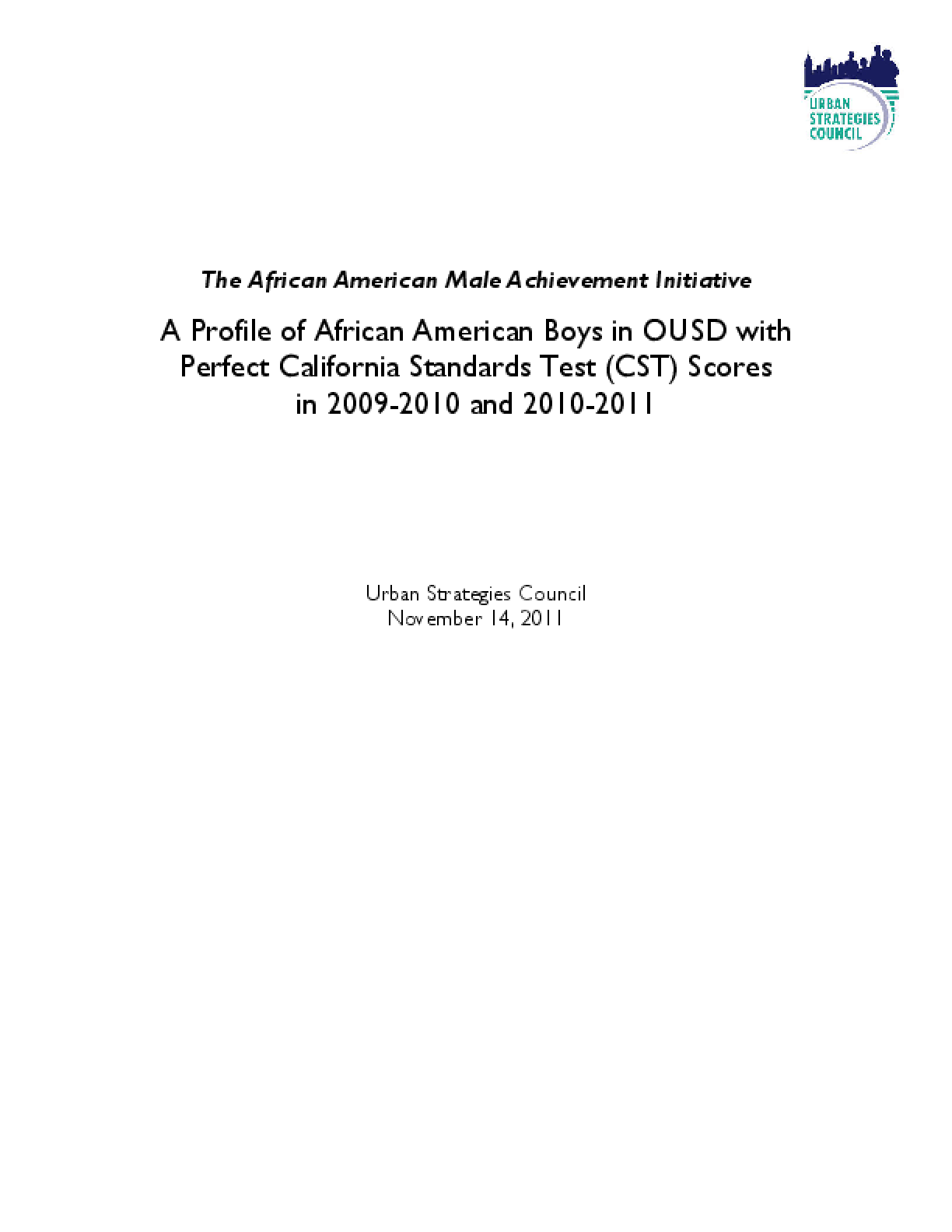