A Profile of Youth Poverty and Opportunity in Southwestern Minnesota

Like many rural communities across the United States, Southwestern Minnesota (hereafter SW Minnesota; see Box 1) has an aging population, evidenced by a growing share of seniors and a declining share of children and young adults, particularly among the non-Hispanic white population. As the population ages, it is also becoming more diverse, as racial-ethnic minority population is far younger, on average, than the non-Hispanic white population and contains a disproportionate share of children and young adults. Much of the growth in diversity is driven by an expanding population of immigrants. These residents, typically in their young working-age years, often establish themselves in SW Minnesota and go on to have families of their own. 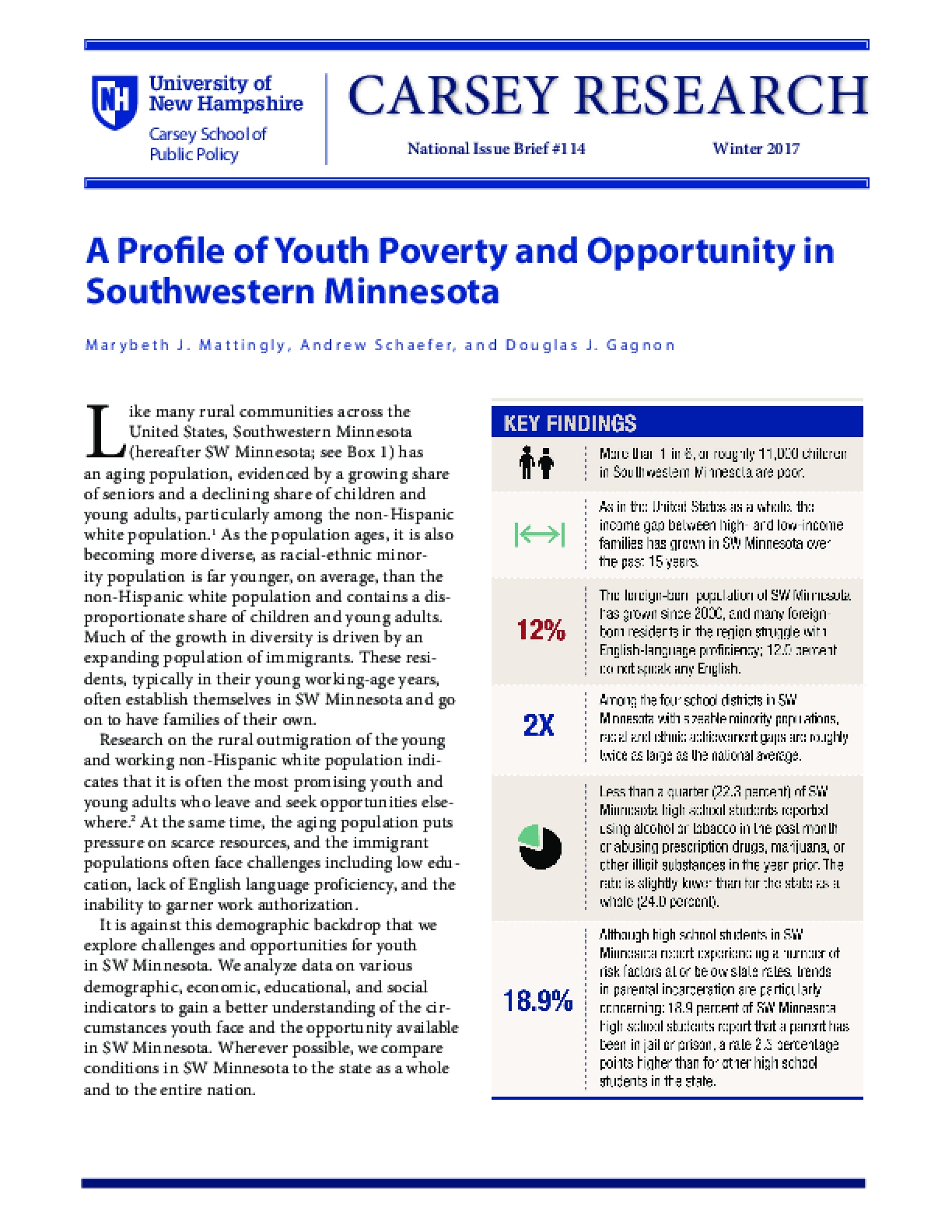