A Quiet Revolution: Drug Decriminalisation Policies in Practice Across the Globe

Increasingly countries around the world are changing their drug policies by ending the criminalization of those who use and possess drugs for their own personal use. This report published by Release, the UK national center of expertise on drugs and drug laws, reviews the evidence in 21 countries that have adopted some form of decriminalization and has found that the model of enforcement adopted has little impact on the rates of drug use in a country. The paper defines decriminalization as the removal of sanctions under the criminal law, with optional use of administrative sanctions; under this model drug supply offences are still criminal acts.

A Quiet Revolution: Drug Decriminalization Policies in Practice across the Globe shows that countries and States as disparate as Belgium, Estonia, Australia, Mexico, Uruguay, the Netherlands and Portugal have adopted different models of decriminalization. It also highlights that decriminalization is not a new phenomenon with some countries, such as Spain, having adopted a non-criminal approach to drug use since the 1970s.

Research from Australia, highlighted in the report, showed that as well as not needlessly criminalizing people, decriminalization could have other positive consequences. This research compared individuals who had been criminalized for cannabis possession against those who had received a non-criminal response. It found that individuals given criminal penalties were more likely to suffer negative employment, relationship, and accommodation consequences as a result of their cannabis charge and were more likely to come into further contact with the criminal justice system. 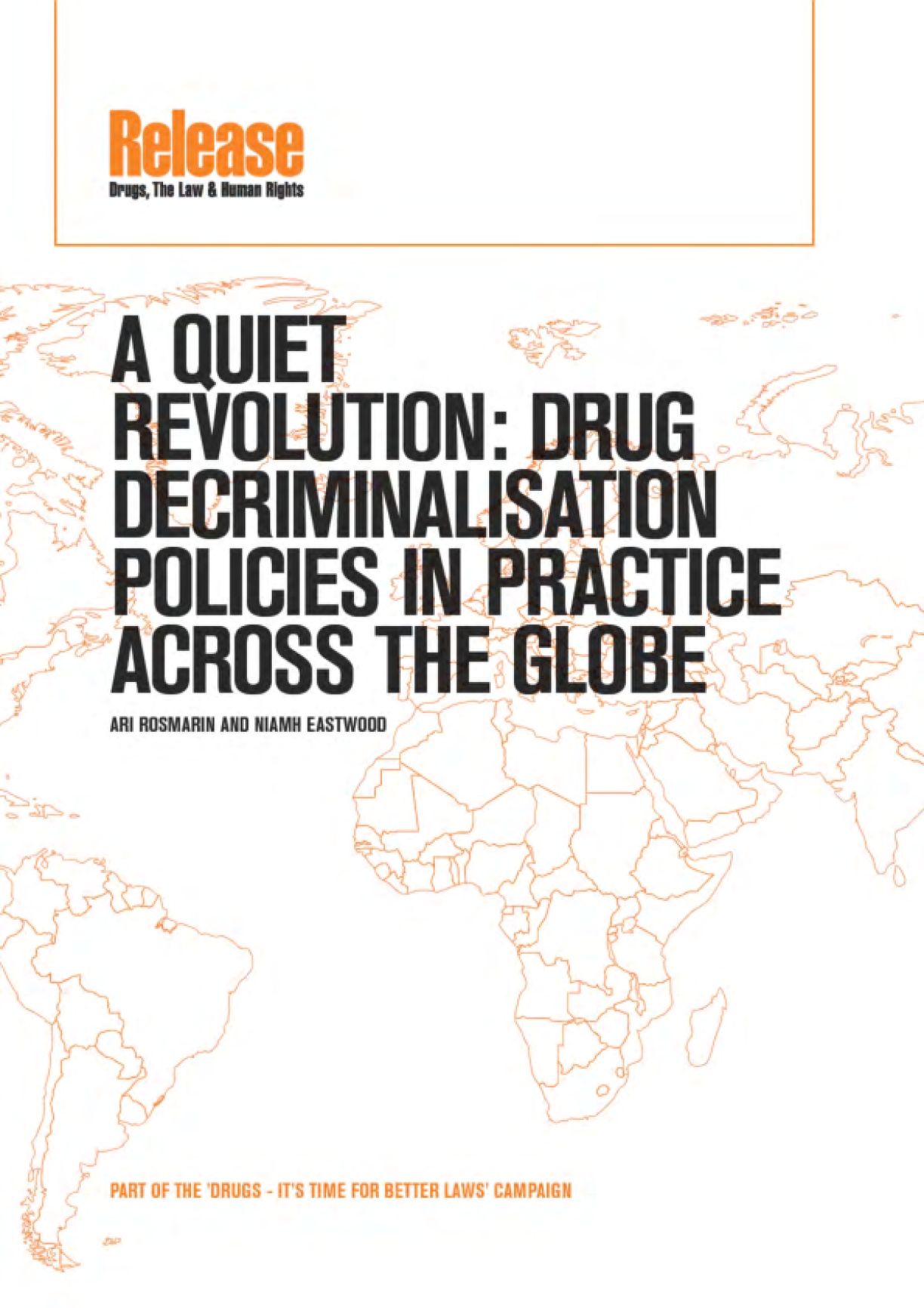