A Report On People Under Criminal Justice Supervision In Alameda County 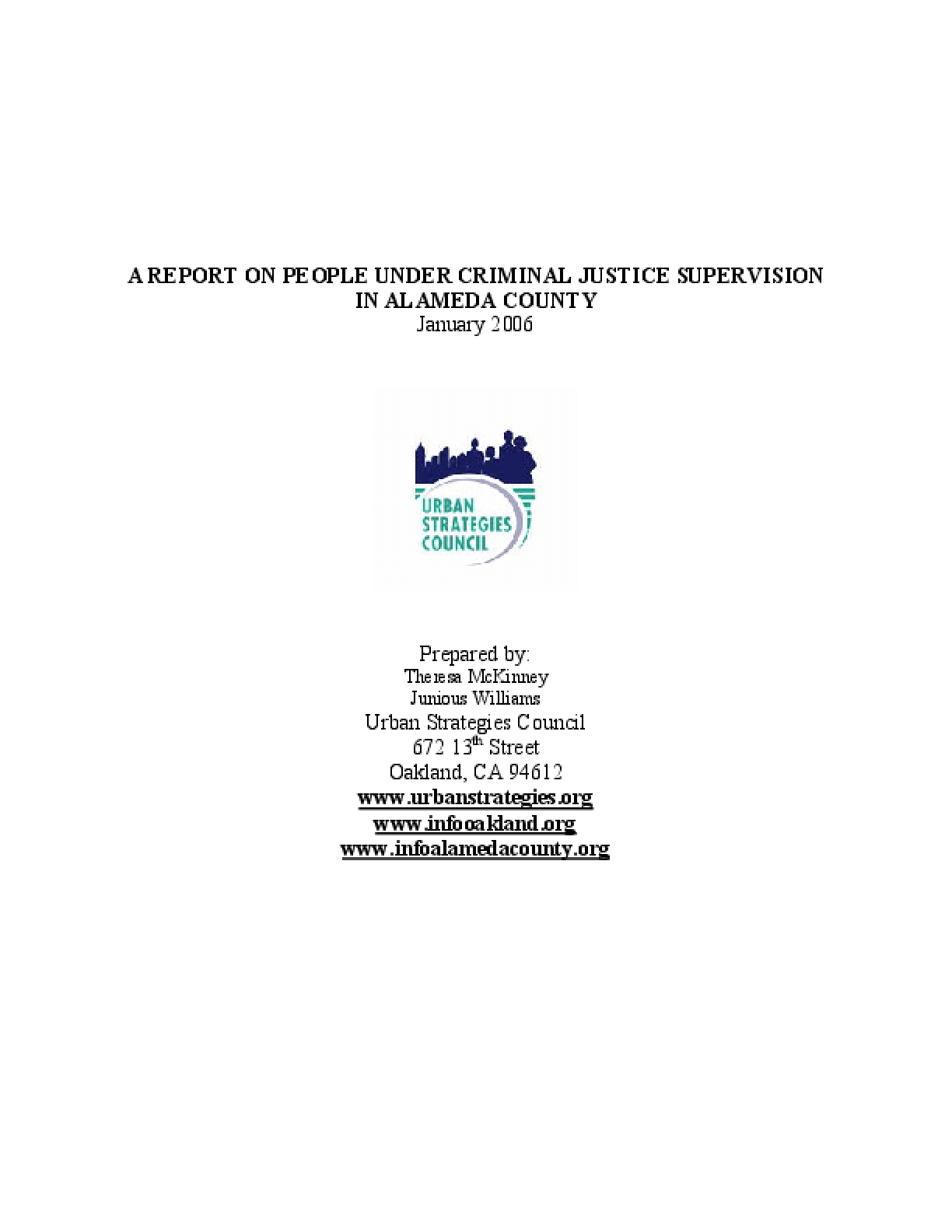