The crisis of the welfare state as we have known it in Italy and Europe over the last few decades has forced countries and the societies of those so-called "advanced countries" to review their priorities and the methods by which social services are provided. In this way a process has begun, which reflects on how to support the organization of a renewed sense of civic responsibility, able to satisfy demand and requirements where the Public and the Market, for various reasons, are not able to provide an adequate response. The entire sector, according to the information gathered during the 8th General Census of Industry and Services carried out by Istat (the National Institute for Statistics) in 2001, adjusted in the 2003 annual report, includes: These figures will obviously need to be updated following the growth in the world of non-profits over the last decade, but they are even more significant when accompanied by a calculation of the social savings deriving from the labour hours provided free of charge by the four million volunteers and, even more so, the material and immaterial well-being provided to those who benefited from their work, their help and their compassion. In 2012, in cooperation with IPSOS and UniCredit's Territorial Research and Strategies, UniCredit Foundation promoted and carried out an investigation into the economic value of the third sector in Italy. The study looks at the situation in the Italian non-profit sector and the growth trends registered by the sector in recent years. 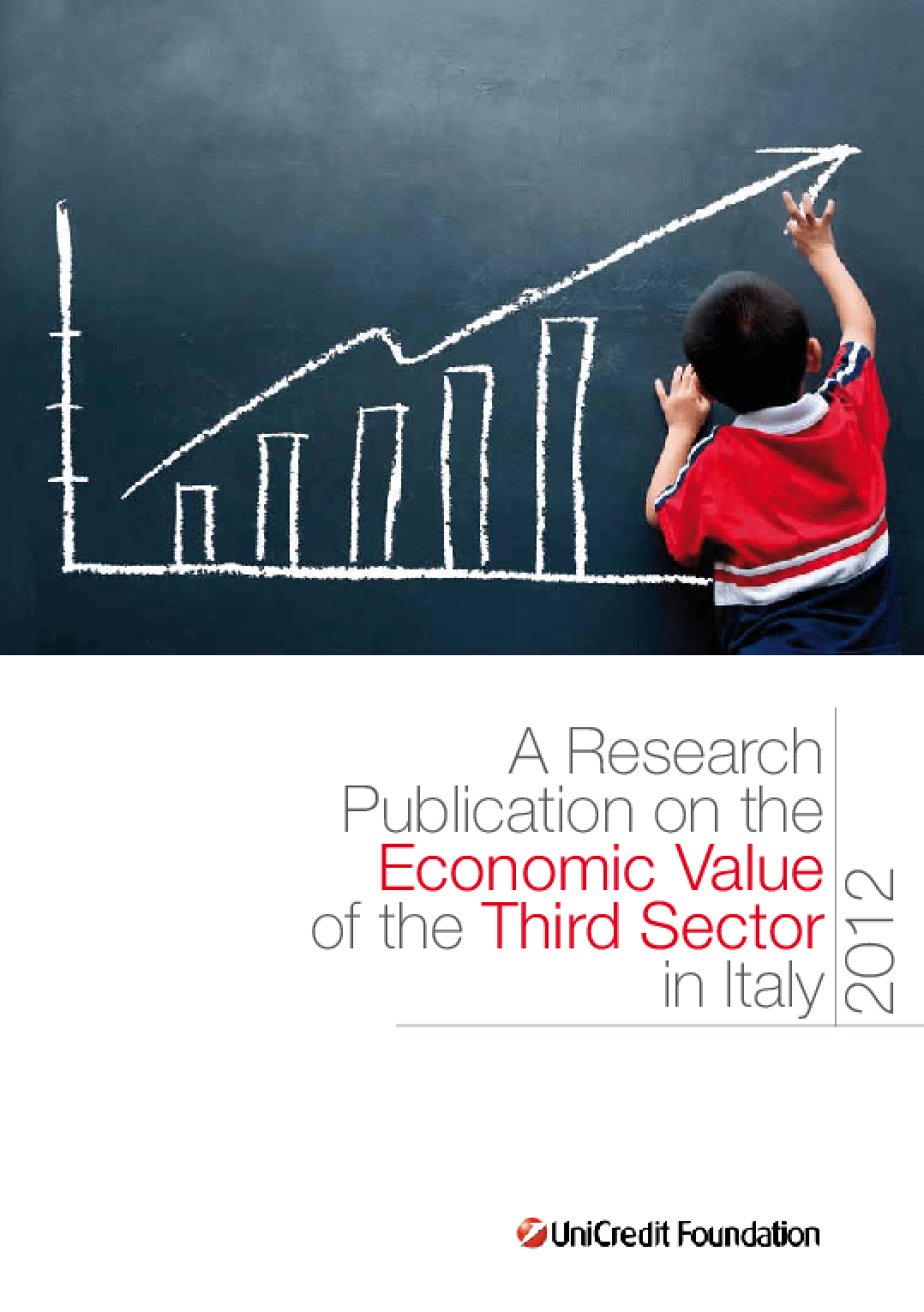