A Revolution in Disguise: The European Citizens' Initiative

The European Citizens' Initiative is a feature of the Treaty of Lisbon that many people have as yet to discover. However, even though it has often been criticized as being a kind of bogus participation that is no more than a placebo, it may well change the European Union, for it contains the seeds of a European public sphere and European parties. In this respect the initiative has already been a success. 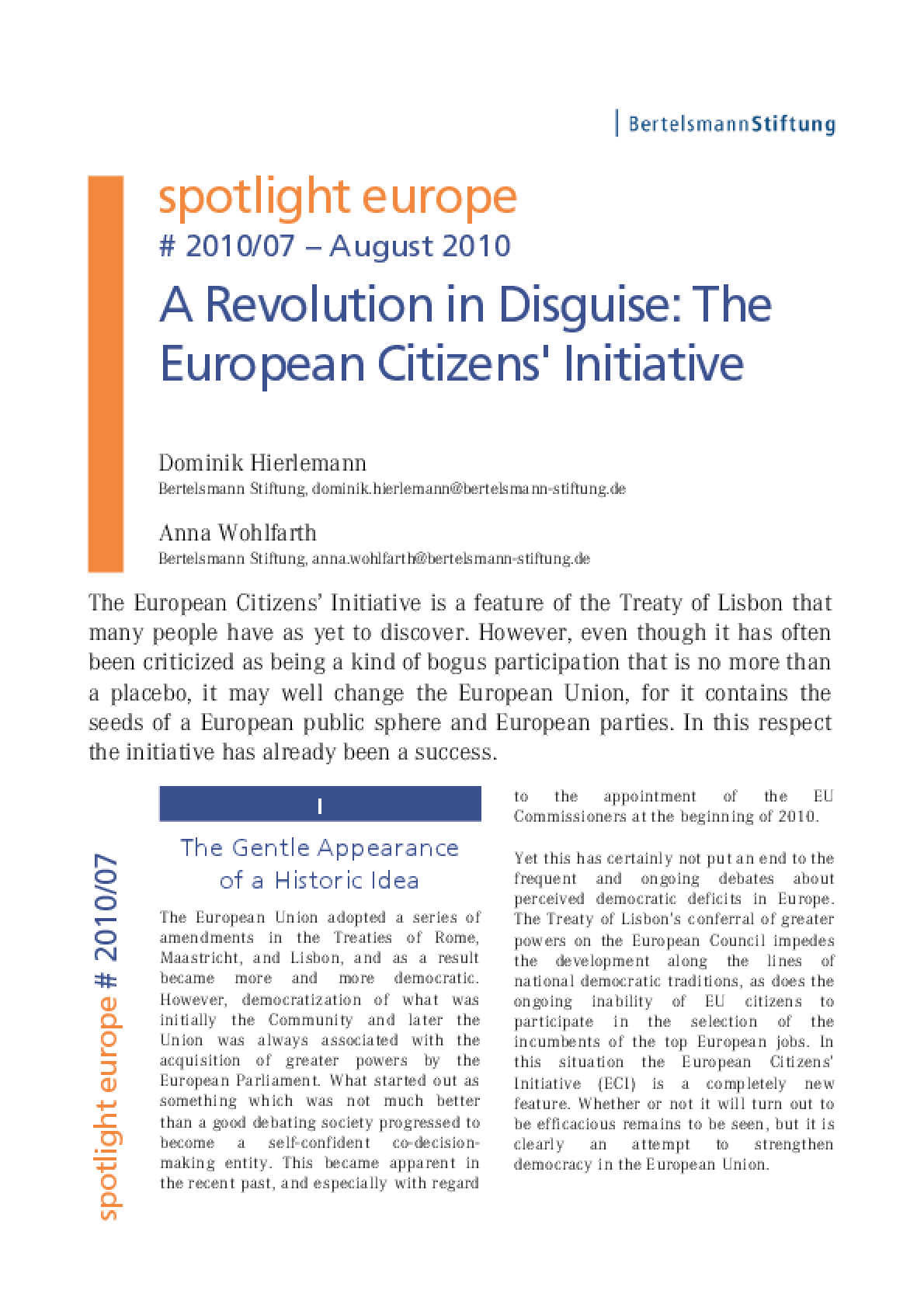