This in-depth study of the hydrological risks to hydropower dams on the Zambezi River gives an early warning about what Southern Africa could be facing as it contemplates plans for more large hydropower dams in a time of climate change. Currently, 13,000 megawatts of new large-dam hydro is proposed for the Zambezi and its tributaries. The report finds that existing and proposed hydropower dams are not being properly evaluated for the risks from natural hydrological variability (which is extremely high in the Zambezi), much less the risks posed by climate change. Overall, Africa's fourth-largest river will experience worse droughts and more extreme floods. Dams being proposed and built now will be negatively affected, yet energy planning in the basin is not taking serious steps to address these huge hydrological uncertainties. The result could be dams that are uneconomic, disruptive to the energy sector, and possibly even dangerous. The report recommends a series of steps to address the coming storm of hydrological changes, including changes to how dams are planned and operated. 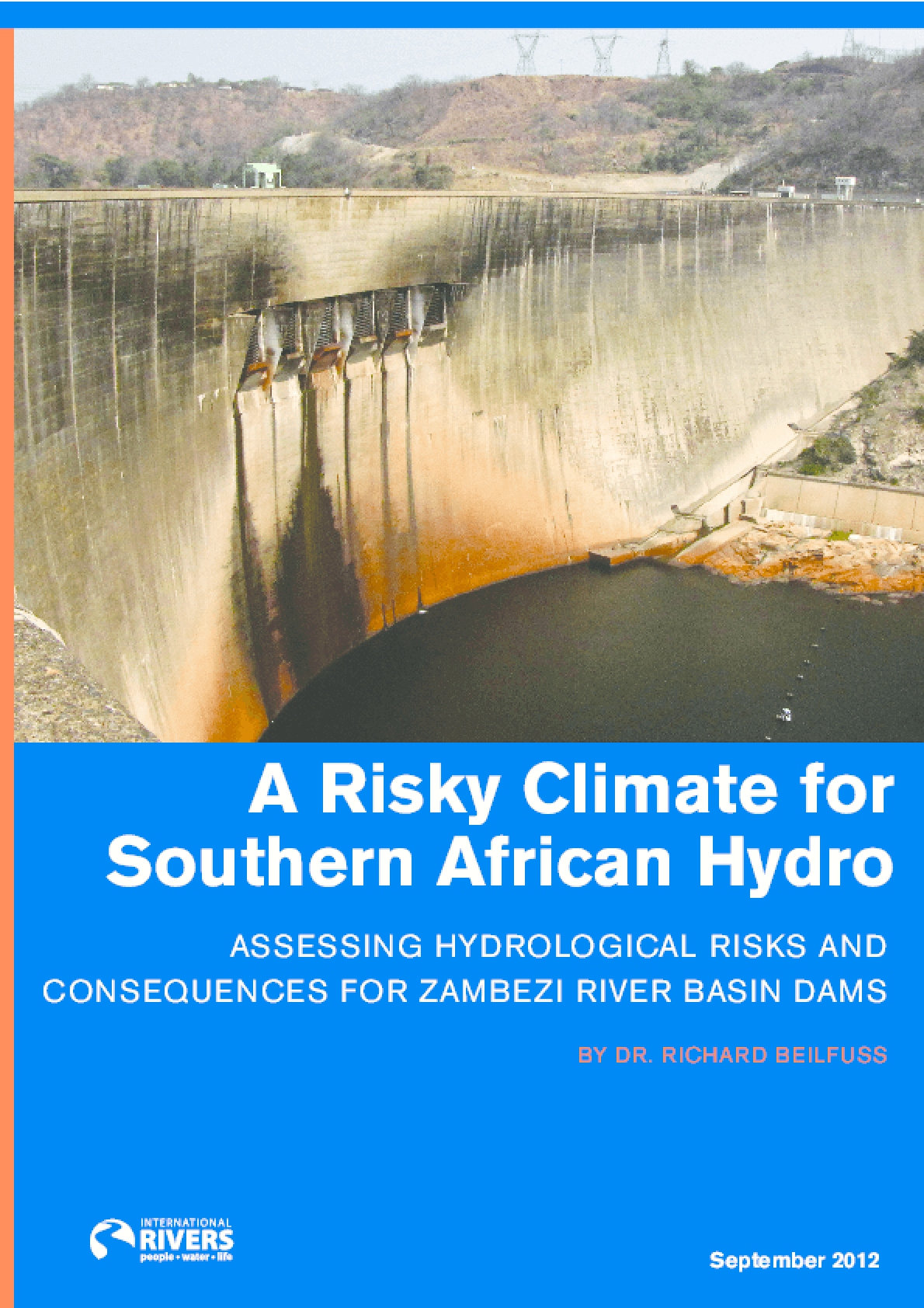