The story of political representation is not unlike many narratives in Latin America. Progress has been made, with some notable success cases, but the region is still home to stark contrasts and there is much work to be done. Drawing on assessments from experts and evidence from leaders who have broken barriers, a new report by Americas Society with the support of the Ford Foundation identifies real strategies for electing and supporting minority lawmakers in Latin American politics.

The report, A Seat at the Table: Five Steps to Making Latin American Politics More Diverse, shows women and indigenous, Afro-descendant, and LGBT people are still too often shut out of decision-making processes on the national, state, and municipal levels, and outlines concrete recommendations to get the region's democracies moving in the right direction. Those recommendations are: 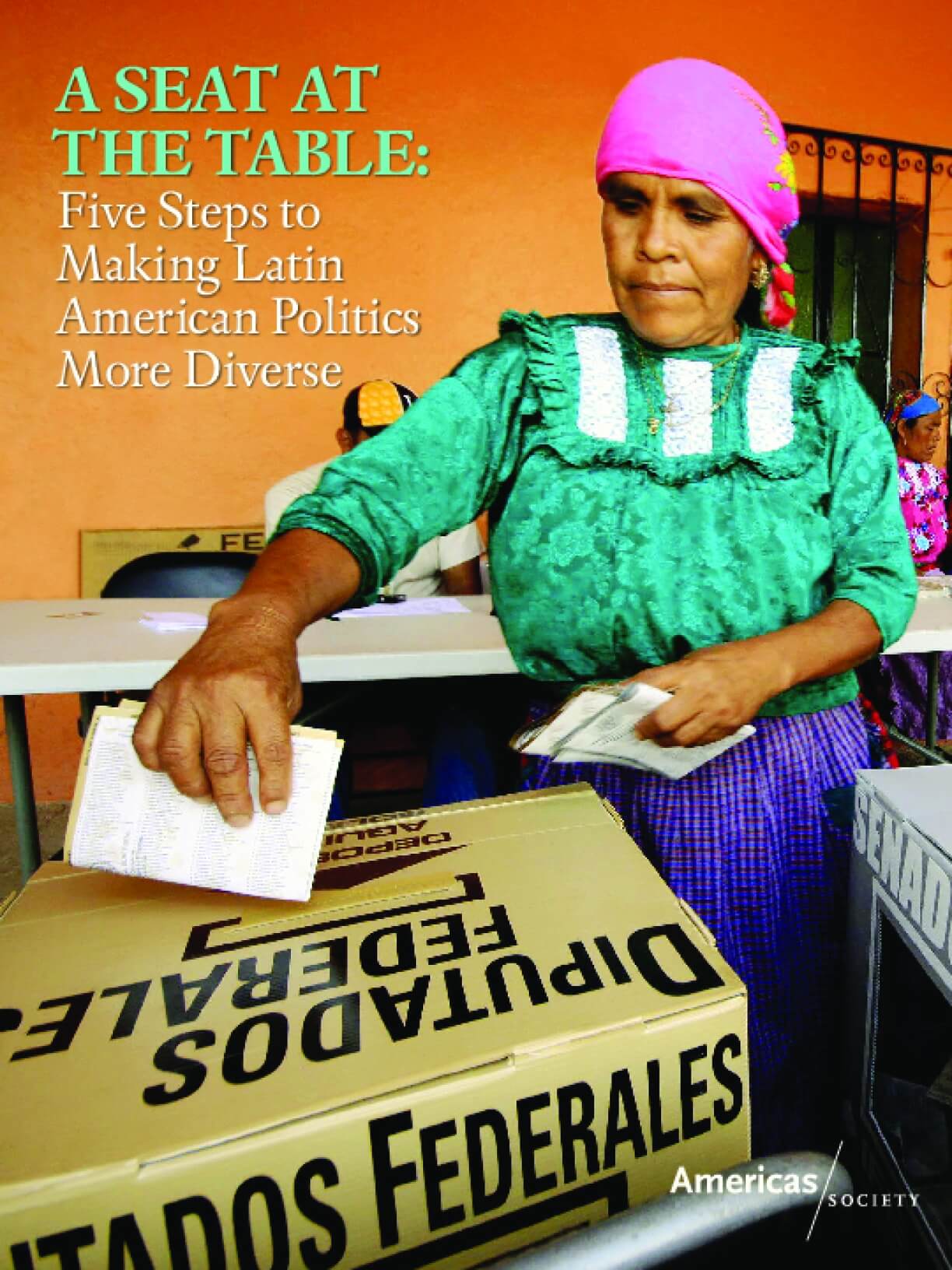