A Second Look at Microfinance: The Sequence of Growth and Credit in Economic History

Microfinance -- the provision of financial services such as small loans to the world's poor -- has grown in the past decade, extending billions of dollars in credit to tens of millions of people. A major aim of the microfinance movement is to provide funds for investment in microbusinesses, thus lifting people out of poverty and promoting economic growth. Recent experience and the economic history of rich countries, however, suggest that those expectations are unrealistic. Most people, poor or otherwise, are not entrepreneurs, so there is little reason to think that mass credit would in general lead to viable business start-ups. Today as in the past, business start-ups in the advanced countries depend predominantly on savings and informal sources of credit; past forms of microcredit never played a role in small business development, and much microcredit is actually used for consumption rather than investment. In the history of today's rich countries, moreover, economic growth occurred first, then came credit for the masses. That credit was and is predominantly for consumption rather than investment. There is no reason to believe that the nature and sequence of growth and mass credit are fundamentally different for poor countries today than they were in the past. We should not expect microfinance to noticeably affect growth or successful business development. 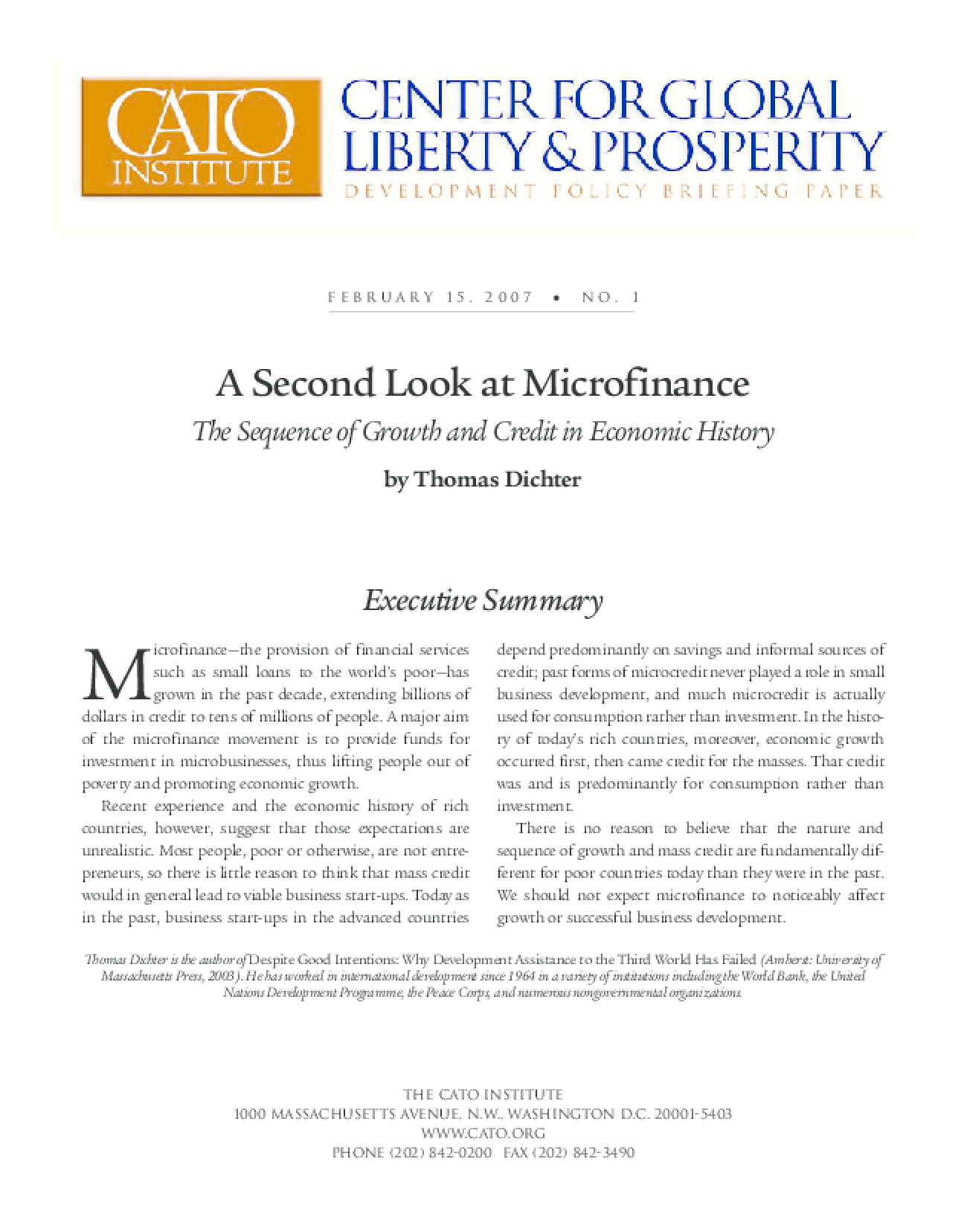