A Shrinking Minority: The Continuing Decline of Gun Ownership in America 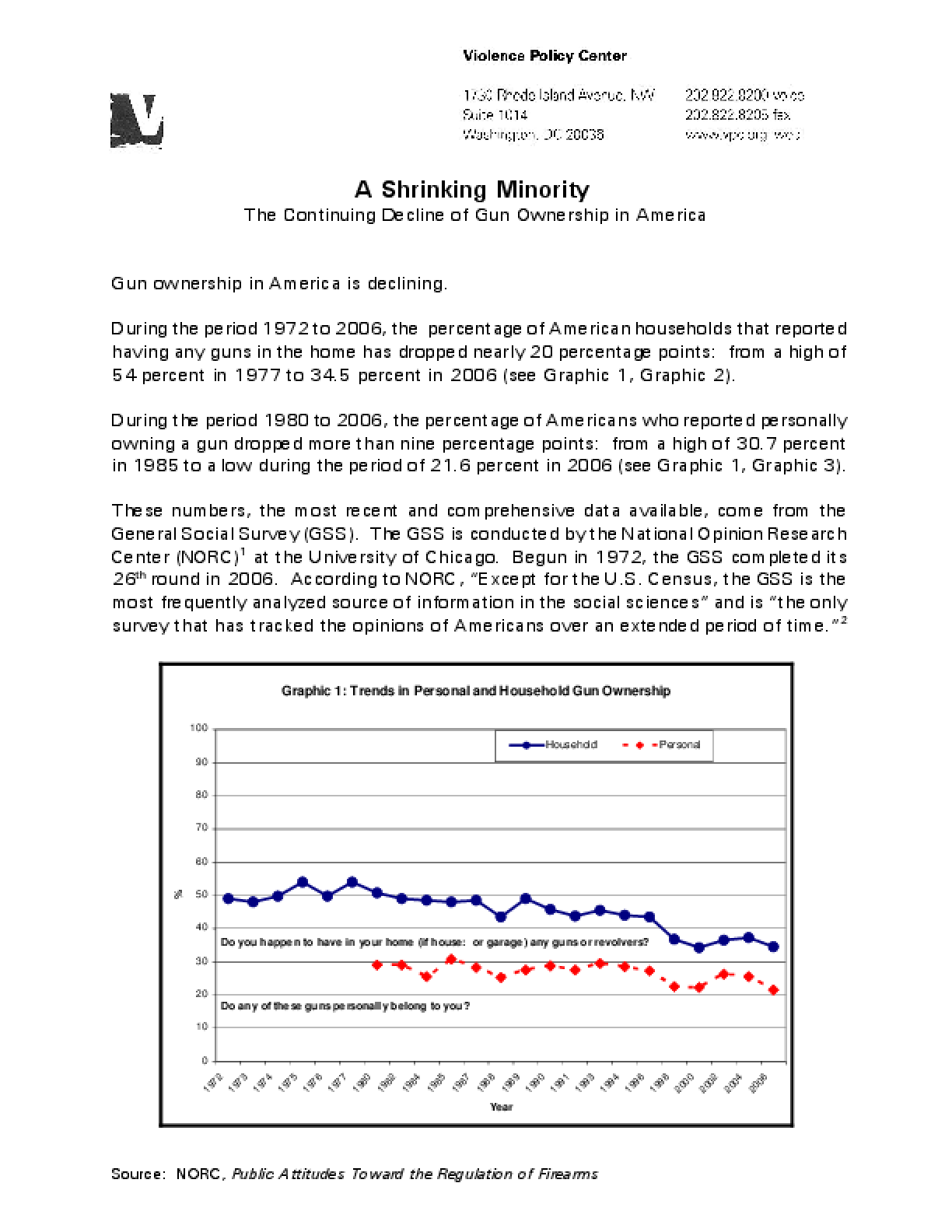