A Spectrum of Service: Uniting the Efforts of Volunteers and Paid Service Providers: Current Practices from the Field

This report is the first in a series that examines approaches to uniting the efforts of paid national service participants and unpaid volunteers. It draws on the experiences of 14 national service programs that were represented at the Combining Service and Volunteerism Conference in Philadelphia in February 1998. This conference was the first major activity in P/PV's Spectrum of Service (SOS) project, a national initiative funded by The Ford Foundation to explore the ways in which programs can unite the work of paid and unpaid service providers in strengthening educational supports for children and youth. The report describes the origins of relatively new programs that systematically combine the work of paid and unpaid service providers, the challenges and strategies they have developed, and the six good practices that have begun to emerge from these early efforts. 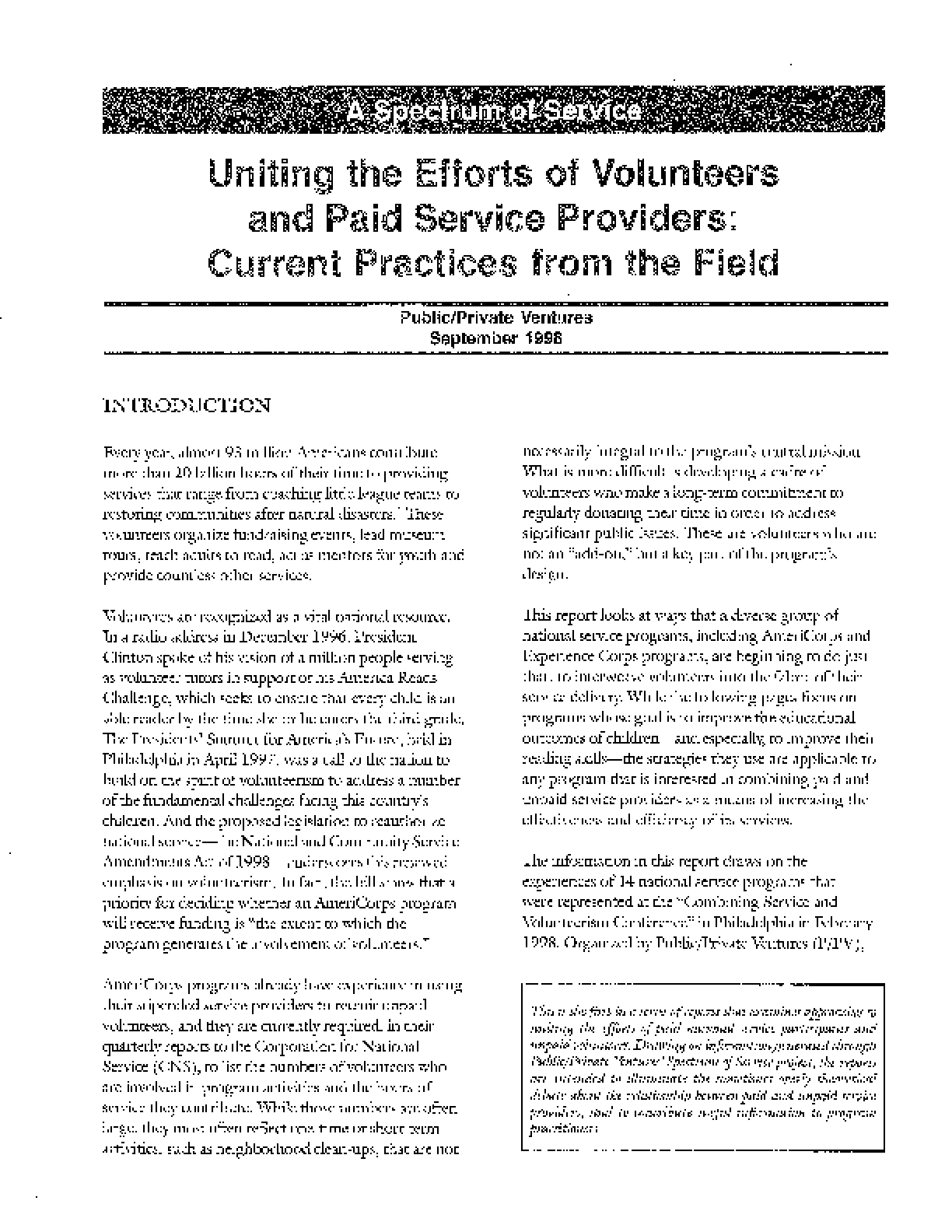