A Stronger Nation Through Higher Education 2012

Assesses progress toward the goal of realizing 60 percent postsecondary degree attainment by 2025. Includes attainment rates by race/ethnicity, rankings by metropolitan area, and state profiles with rates by county, benchmark targets, and projections. 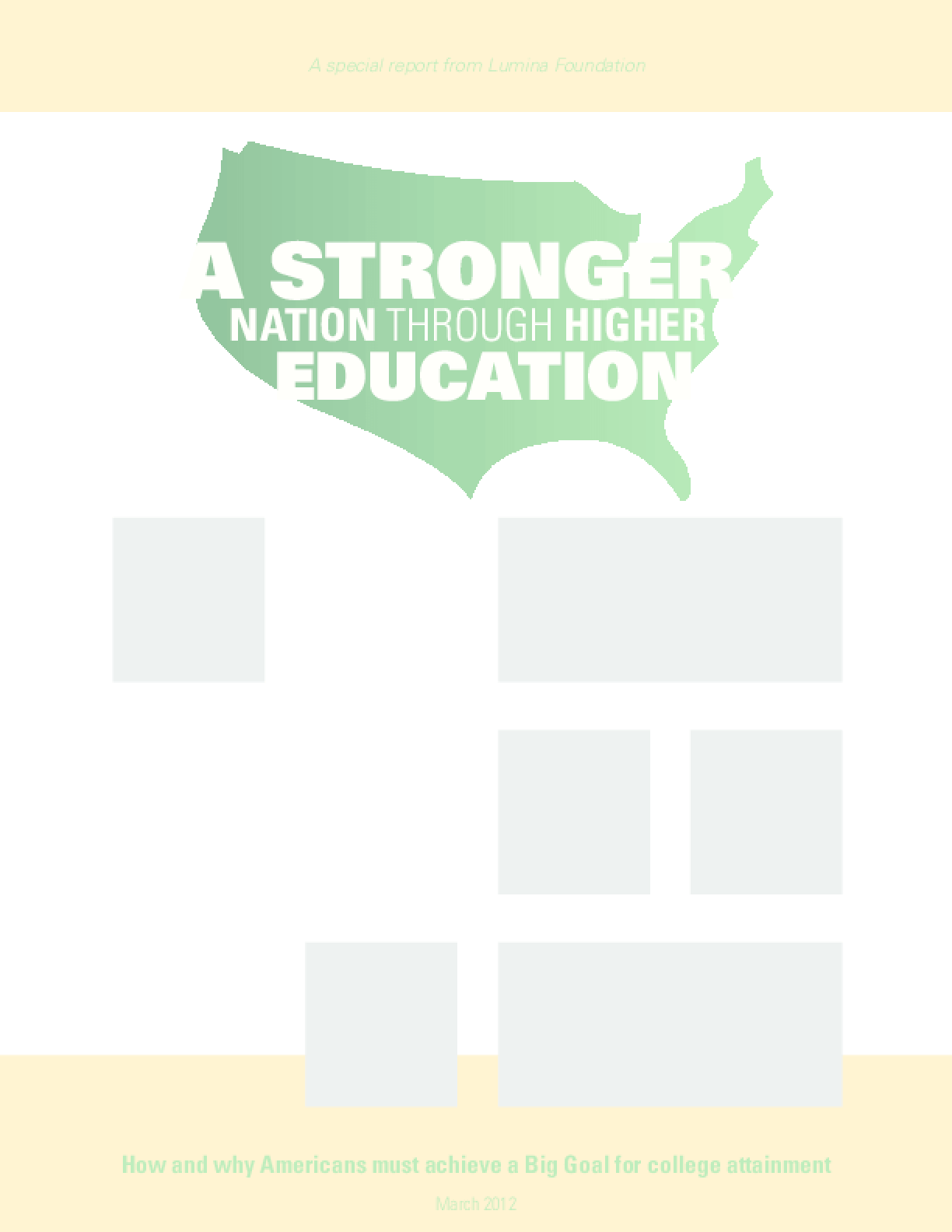