A Stronger Nation Through Higher Education: Visualizing Data to Help us Achieve a Big Goal for College Attainment

This is the fourth year that Lumina Foundation has released a report on progress toward the goal that 60 percent of Americans obtain a high-quality postsecondary degree or credential by 2025 -- an objective called Goal 2025. In these now-annual reports, the foundation sets the metric for measuring progress as the higher education attainment rate -- the percentage of the nation's adult, working-age population holding a two- or four-year college degree. This year, the report covers data for 2011 -- the most recent year for which data are available. In 2011, the percentage of Americans between the ages of 25 and 64 with a two- or four-year college degree was 38.7 percent. This is an increase from last year's report; in 2010, the attainment rate was 38.3 percent. Overall, the U.S. attainment rate has been increasing slowly but steadily; in 2008, it was 37.9 percent, and in 2009 it was 38.1 percent. The higher education attainment rate of young adults (ages 25-34) is a good leading indicator of where higher education attainment rates are headed. In 2011, the rate was 40.1 percent -- almost one-and-a-half percentage points higher than that among all adults, and two-and-a-half percentage points higher than in 2008. Lumina's attainment goal has always included high value postsecondary certificates, but data on the number of adults holding certificates is not readily available. This year, however, the first solid estimates of the number of high-value postsecondary certificates have been produced. They suggest that an additional 5 percent of the U.S. adult population between the ages of 25 and 64 hold a postsecondary certificate with significant economic value.The recent increase in attainment rates -- especially among young adults -- is a step in the right direction, but there is much more to do to reach Goal 2025 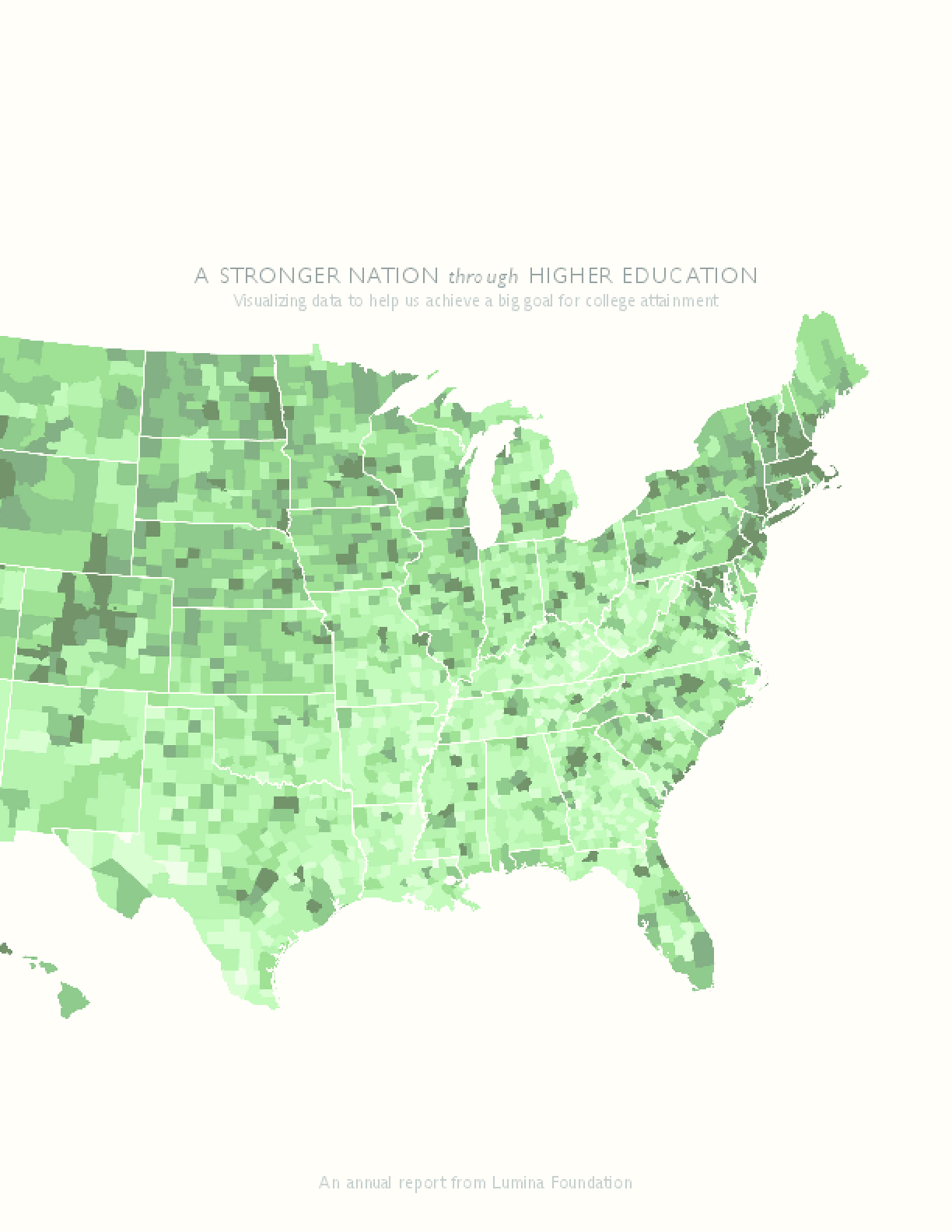