A Study of Disaster Giving

Impulse on the Internet: How Crisis Compels Donors to Give Online. Online giving is growing exponentially per year, from just over half a billion dollars in 2000 to more than $4.5 billion in 2005 (source: ePhilanthropy Foundation), however it still represents a relatively small percentage of total charitable giving. The notable exception is giving in response to humanitarian crises, when the Internet is becoming donors' avenue of choice. The Chronicle of Philanthropy has noted that Internet donations for the 2004 South Asian tsunami relief accounted for more than one-third of the total raised - more than twice the proportion of online gifts in the aftermath of the September 11, 2001, terrorist attacks. After Hurricane Katrina, half of relief giving was online, representing the largest outpouring of donations online in history. Marking the one-year anniversary of that disaster, Network for Good made this study of the recent, large-scale humanitarian emergencies that promoted massive online donations in order to analyze: - Why donors give online - How donors give online: their giving behaviors - Implications for nonprofits seeking to fundraise online. 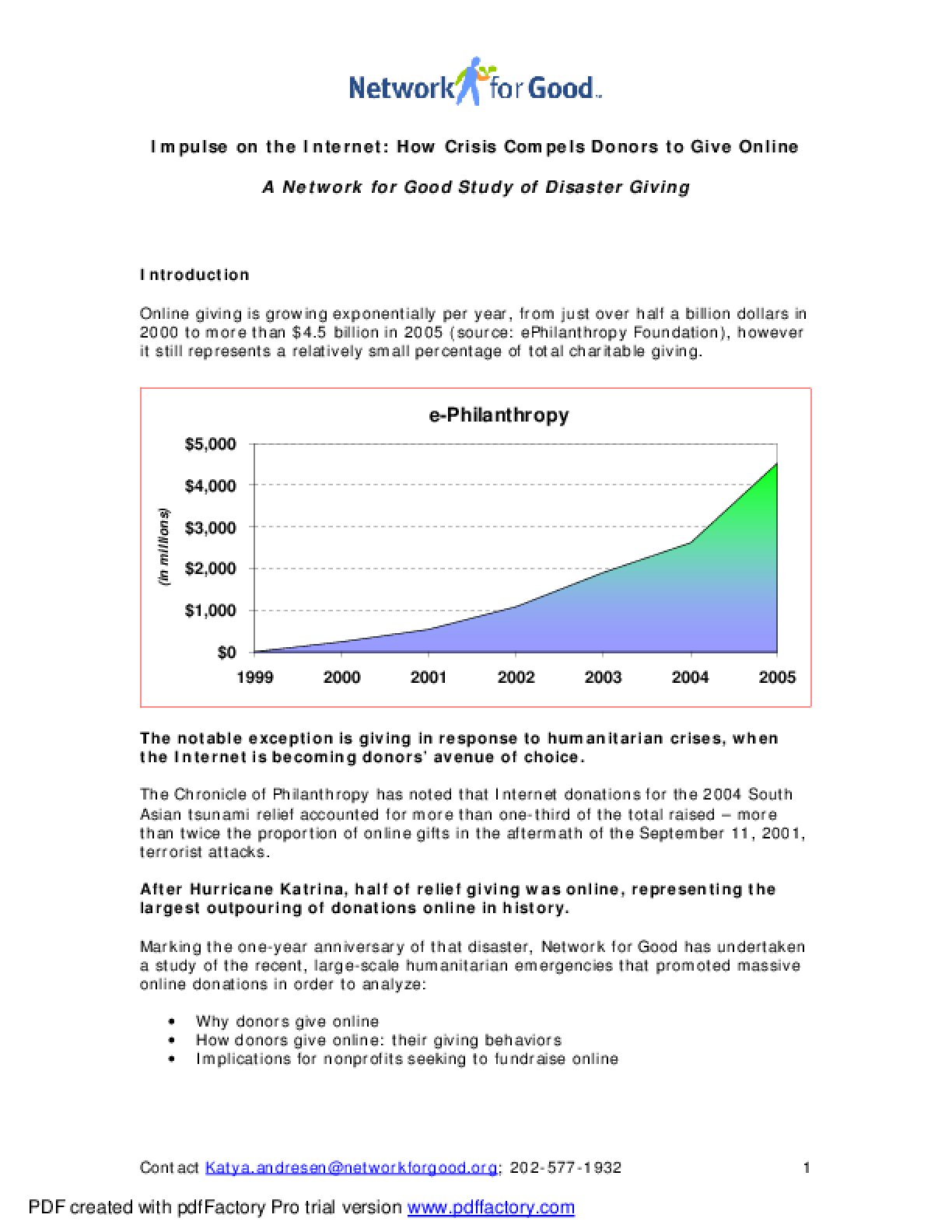