A Study of the McKnight Arts Program: Executive Summary

In the summer of 2008, the McKnight Foundation asked the Center for the Study of Art and Community (CSA&C) for assistance as it considered its future role in the development of Minnesota's cultural resources. Recognizing that both the state and the nation were entering a period of unprecedented uncertainty and change, the Foundation felt that the assumptions and expectations that had guided its Arts Program needed to be re-examined and, most probably, recalibrated. In response, the Center suggested a systematic examination of the state's "arts ecology." This examination would both give McKnight a better way to assess the ongoing health of the Minnesota arts community and provide a comprehensive framework for its future decision-making. 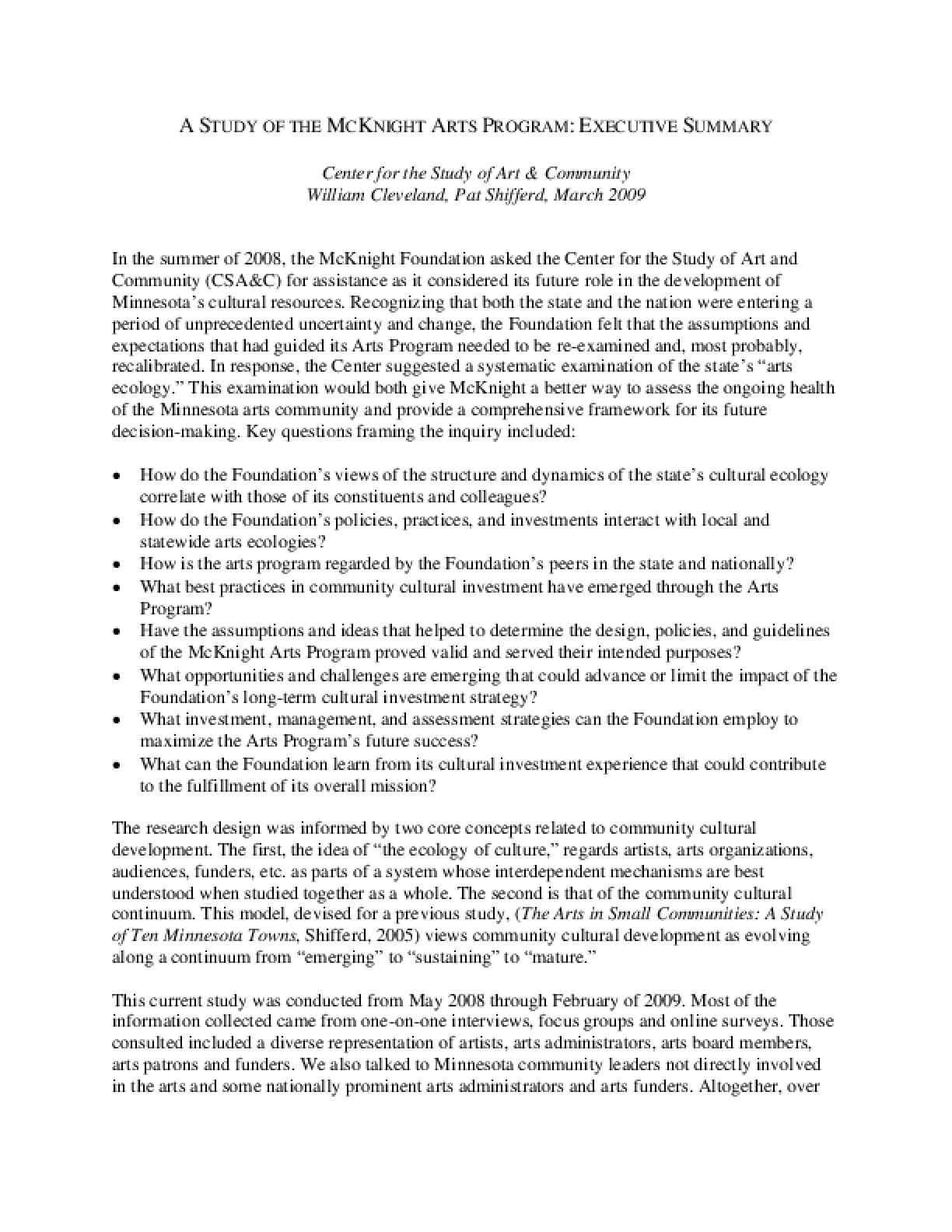