This systematic review assesses the quantity and quality of evidence for the sustainability of household water treatment (HWT) since the World Health Organization (WHO) recently endorsed HWT based on growing evidence of HWT's ability to improve microbial water quality, effectiveness at reducing diarrheal disease, cost-effectiveness, and rapid application and acceptance. A large portion of the world population still relies on unsafe sources of drinking water, but whether HWT can support scaling-up efforts and be considered sustainable, it remains to be seen. Ultimately this systematic review found limited evidence of a sustained uptake and usage of HWT interventions, and results from studies that found high levels of confirmed usage after one year must be considered alongside their methodological quality. 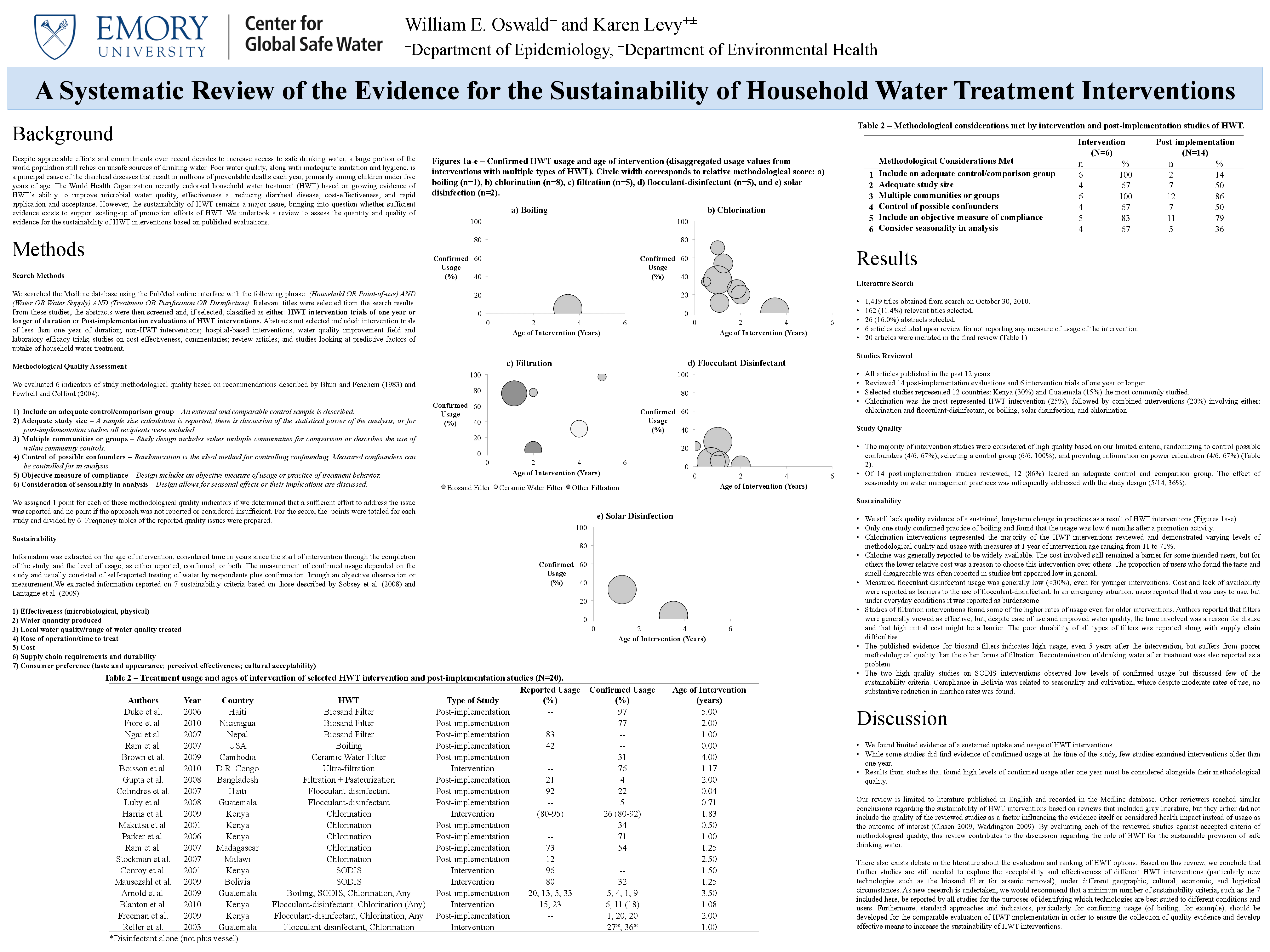