A Tale of Missed Opportunities: The Role of the United States in the Protracted Modernization of Brazilian Capitalism

From the Monroe Doctrine in the first quarter of the 19th century to the Good Neighbor Policy in the 1930s, the United States has continuously sought, in a consistent, multifaceted, and persistently paternalistic and often violently interventionist fashion, to exert its economic preponderance, political leverage, and cultural sway in the Western hemisphere. In the second half of the twentieth century, this regional pattern of behavior acquired a new, more concerted, and unprecedentedly self-professed benevolent format. Cold War dynamics required an original set of policies from the Colossus of the North in order to deal with the rising demands for economic prosperity and political democracy burgeoning across Latin American nations. 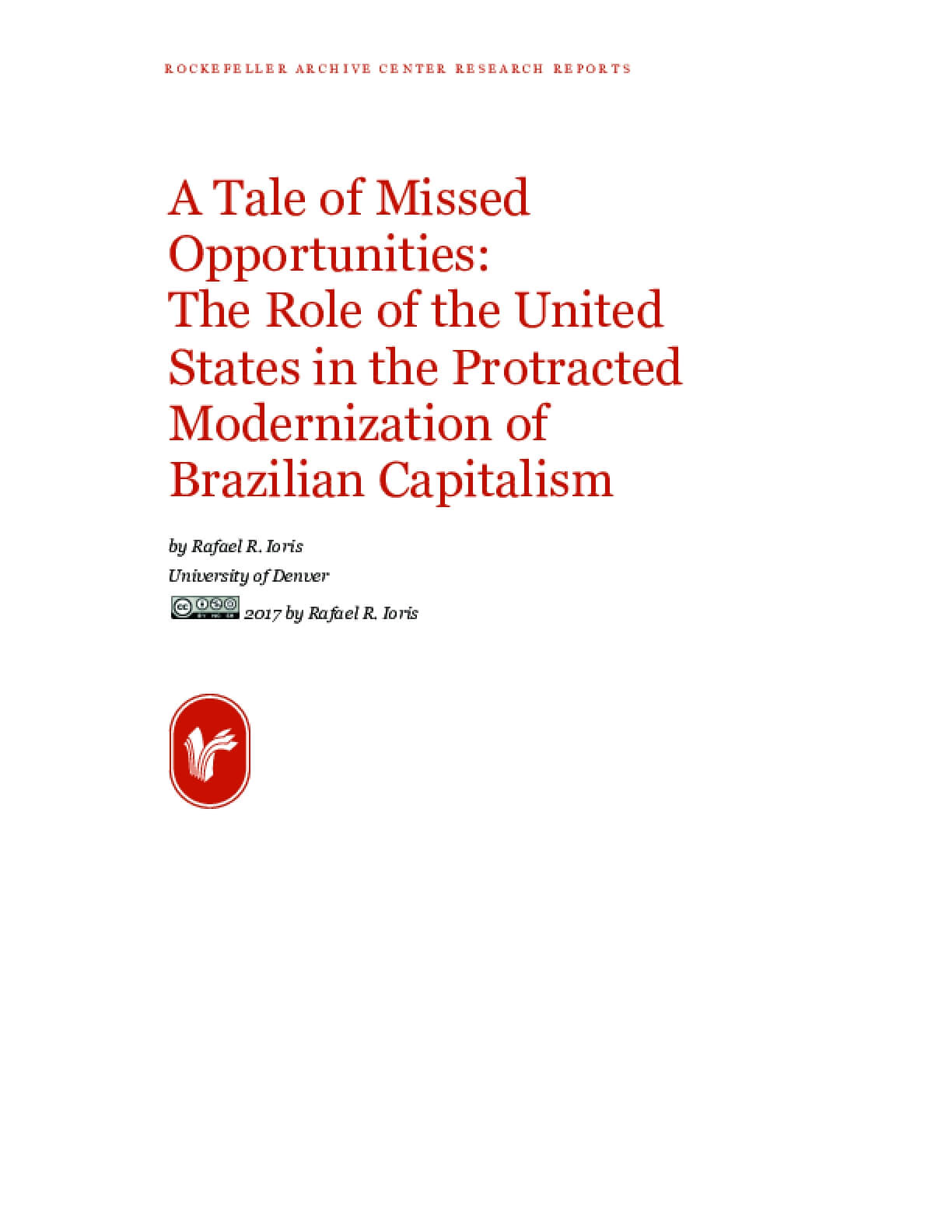