A Tale of Two Britains: Inequality in the UK

Inequality is a growing problem in the UK. While austerity measures in Britain continue to hit the poorest families hardest, a wealthy elite has seen their incomes spiral upwards, exacerbating income inequality which has grown under successive governments over the last quarter of a century.

Today, the five richest families in the UK are wealthier than the bottom 20 per cent of the entire population. That's just five households with more money than 12.6 million people - almost the same as the number of people living below the poverty line in the UK.

Starting with this week's Budget, the government needs to re-balance the books by raising revenues from those who can afford it - by clamping down on companies and individuals who avoid paying their fair share of tax and by starting to explore greater taxation of extreme wealth - rather than relying on cuts to services that have a disproportionate impact on the poorest in society, some 13 million people who are currently classed as living below the poverty line. 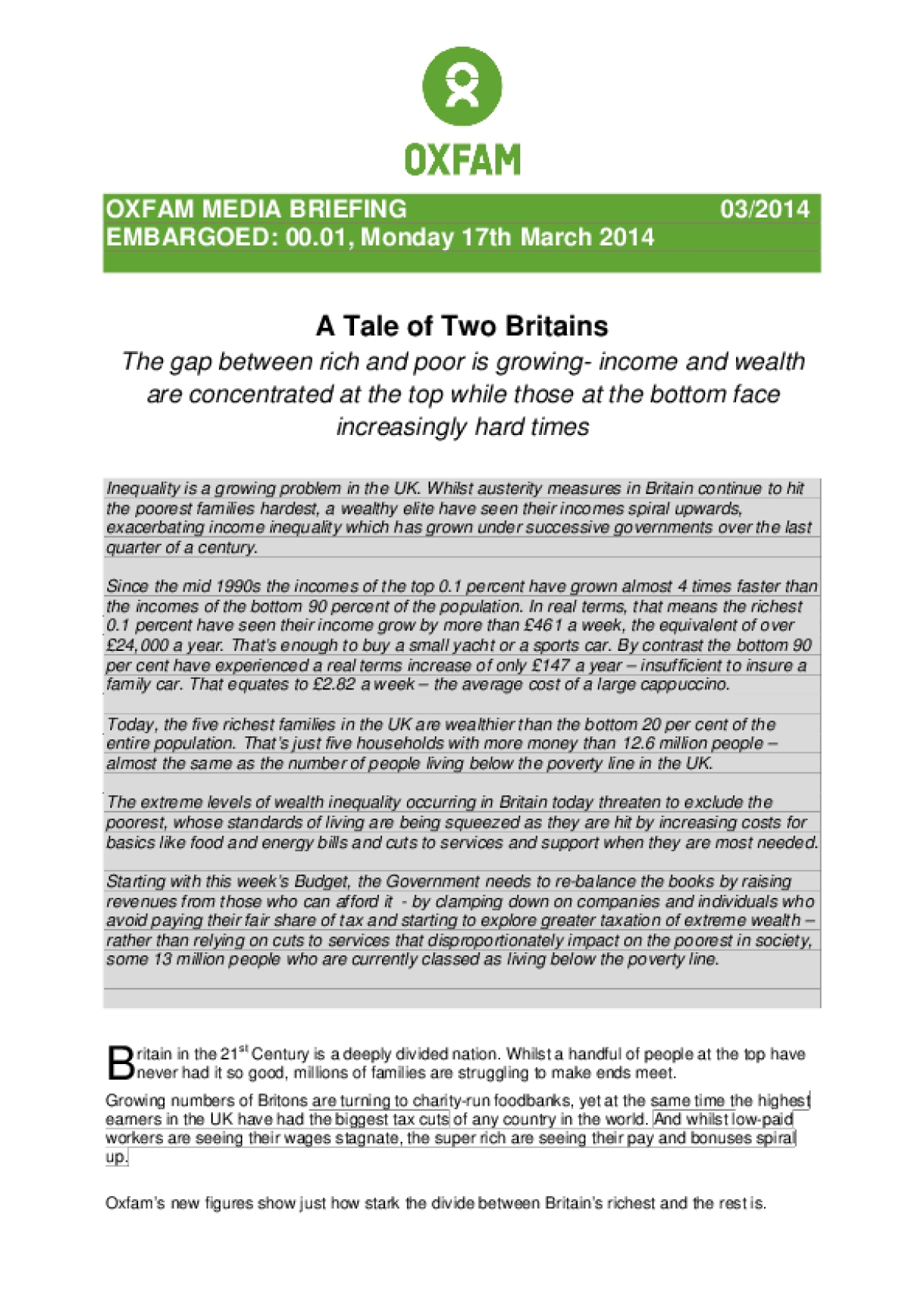