A Time for Action: A New Vision of Participatory Democracy

For over eighty years, the League of Women Voters has been a voice for women and men of all backgrounds, rising above partisan disputes to help citizens fully and intelligently exercise their rights -- and their responsibilities -- as participants in the American experiment. The League has earned a reputation for integrity and fairness, and generations have relied upon League resources to help them make the kind of informed decisions that keep policymakers responsive and truly give weight and meaning to the hallowed phrase "consent of the governed." The League has cultivated expertise on electoral behavior and public policy at national, state, and local levels, and has been a leader in identifying and researching political trends. In recent years, one of the most distressing trends has been the ongoing decline of civic participation, in the voting booth and beyond. If one measure of the health of democracy is the rate at which citizens participate in elections, the fitness of the American body politic has been spiraling downward ever since voter turnout peaked in 1960. Recognizing the need for new insights and strategies to attack this problem, the Chicago chapter of the League convened a Task Force of recognized experts and leaders from the community to spearhead an examination of the factors at play. Concerned organizations of many stripes have studied the situation over the years, but there has been no authoritative summary of what we know and what we yet need to learn that can be turned into real steps toward a solution. Why are people dropping out of the political process....and what can be done to draw them back? What creative strategies hold the most promise for capturing Americans' attention, raising their awareness, and inspiring them to participate? The Task Force's findings are often disturbing, yet they also give cause for optimism. Americans may be keeping to themselves in growing numbers, but they do not do so solely from apathy or indifference; and want only to be invited to share their views, to be assured that government will pay attention, to be shown how and why they can make a difference. Young people especially have felt shut out of the process, despite knowing as well as anyone what matters to them and their communities. It's time they were invited back in. In this deeply polarized political moment, it is vitally important that we remind all Americans that civic engagement isn't merely about the often arcane and alienating world of politics -- it's a way to share in something bigger than ourselves, to express our devotion to our country and our community, to assure that (in Abraham Lincoln's timeless phrase) "government of the people, by the people, for the people, shall not perish from the earth." Here in the state that was home to the author of those words, in the city where he was nominated for the presidency, we can take the first steps toward reinvigorating the vision he expressed. It is the hope of the League and the Task Force that this report will point the way toward those steps. 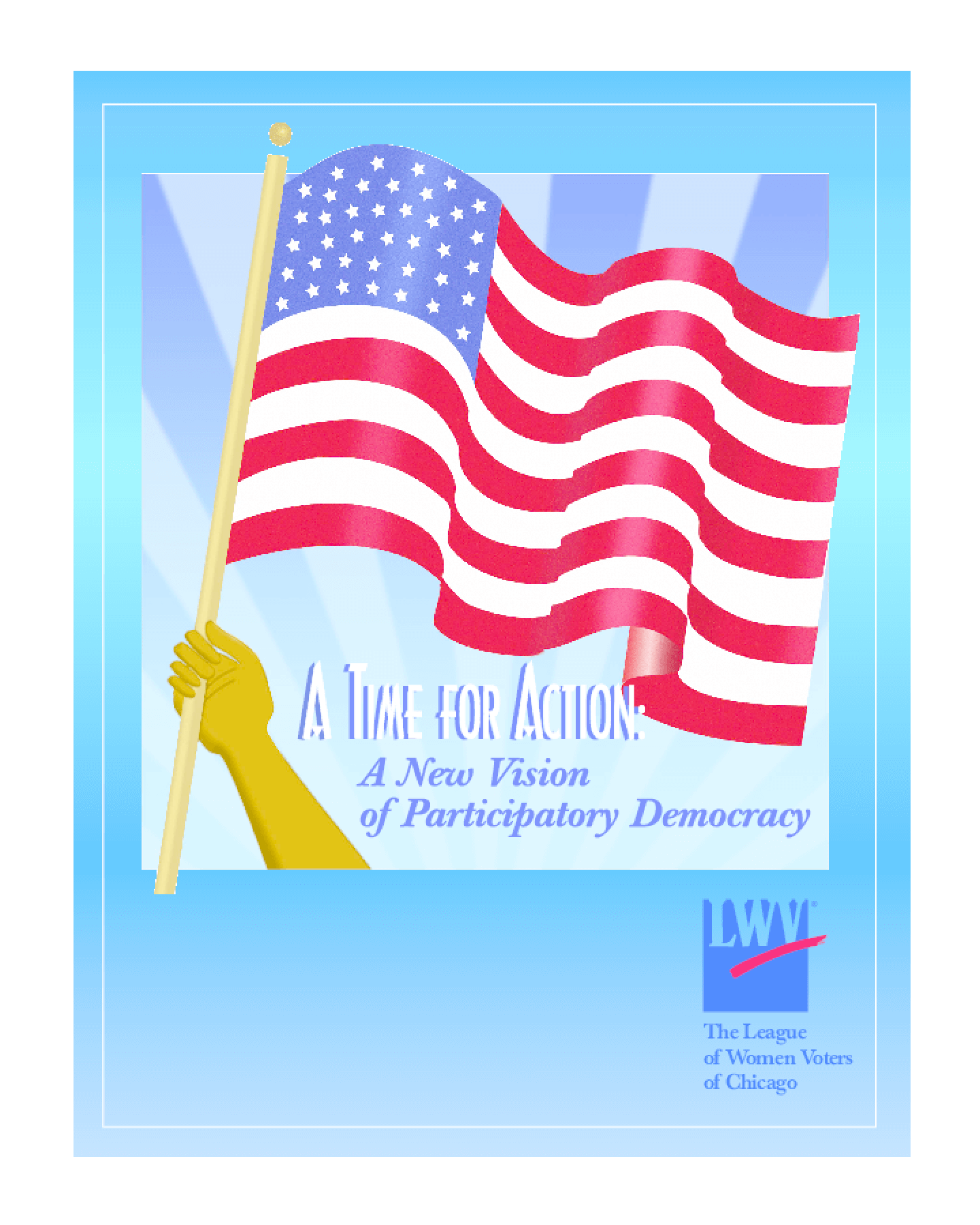