A Tradition of Giving: New Research on Giving and Volunteering Within Families

The charitable giving and volunteering behaviors of younger members of a family are influenced by their elders, according to research released today by the Indiana University Lilly Family School of Philanthropy and Vanguard Charitable. Since individual giving is the largest source of charitable donations in the United States*, understanding the intra-family generational dynamics that lead to charitable giving decisions can help families, charitable organizations, and advisors to better plan for the future.

The report, A Tradition of Giving, is believed to be one of the first to investigate charitable giving behavior across three generations—grandparents, parents, and adult children—in a single study.

"This study can help families, nonprofits, and advisors better plan for the future," said Jane Greenfield, president of Vanguard Charitable. "Parents and grandparents can encourage children to give and volunteer by incorporating more shared experiences into their philanthropic support. Nonprofits can in turn offer those kinds of experiences to families to attract future support. And advisors may be able to provide better guidance to family members if they recognize the influence of older generations on the younger."

The report presents findings from the Lilly Family School of Philanthropy's Philanthropy Panel Study (PPS), the nation's largest and only ongoing study of the philanthropy of the same 8,000 families over time and across generations. The report's conclusions are supplemented by interviews conducted among families who are clients of Vanguard Charitable, one of the nation's largest donor-advised funds. The study examines how closely parents and grandparents match their children and grandchildren in terms of philanthropic priorities, as well as how socio-demographic factors explain the similarity or dissimilarity in philanthropic priorities between parents and their children. 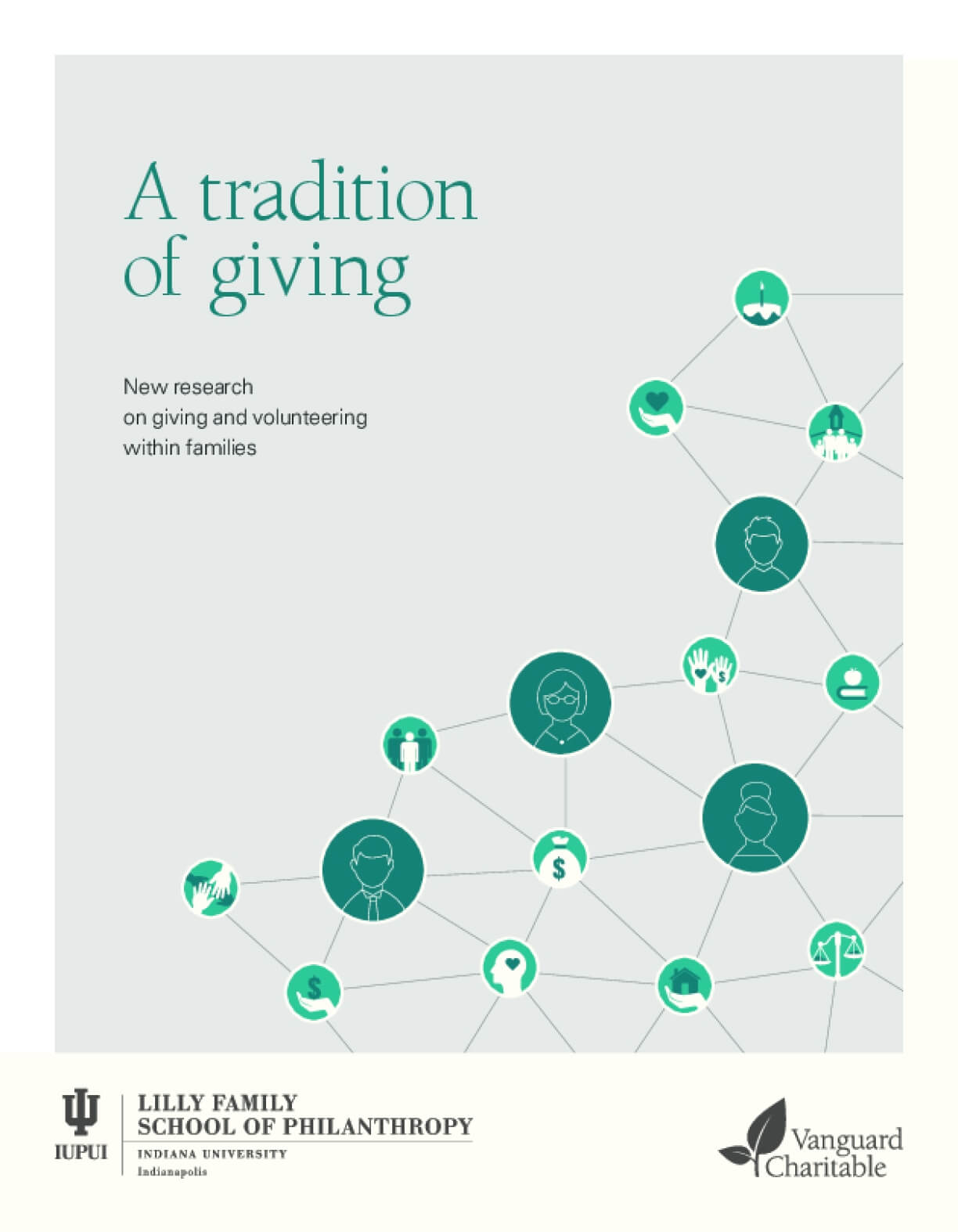