A Tumultuous Decade: Employment Outcomes of Immigrants in the Czech Republic

The immigrant population in the Czech Republic has grown considerably over the past 15 years, more than doubling since 2000. The 2000s also brought significant changes to the Czech labor market, and to the profile of migrants coming to the country and settling for the long term -- not least because of significant institutional and policy changes resulting from accession to the European Union, as well as the arrival of the economic crisis at the end of the decade. This changing political and economic climate coincides with substantial fluctuations in immigrants' economic outcomes. This report presents detailed labor market outcomes for immigrant groups in the Czech Republic, focusing on trends according to year of arrival, country of origin, gender, level of education, and sector of employment. The analysis, based on data from the Czech Labor Force Survey, suggests that the challenge of reducing obstacles to immigrant workers' progression into more skilled employment are worth significant policy attention. The report is part of a series that explores the labor market integration of new immigrants in several European Union countries. 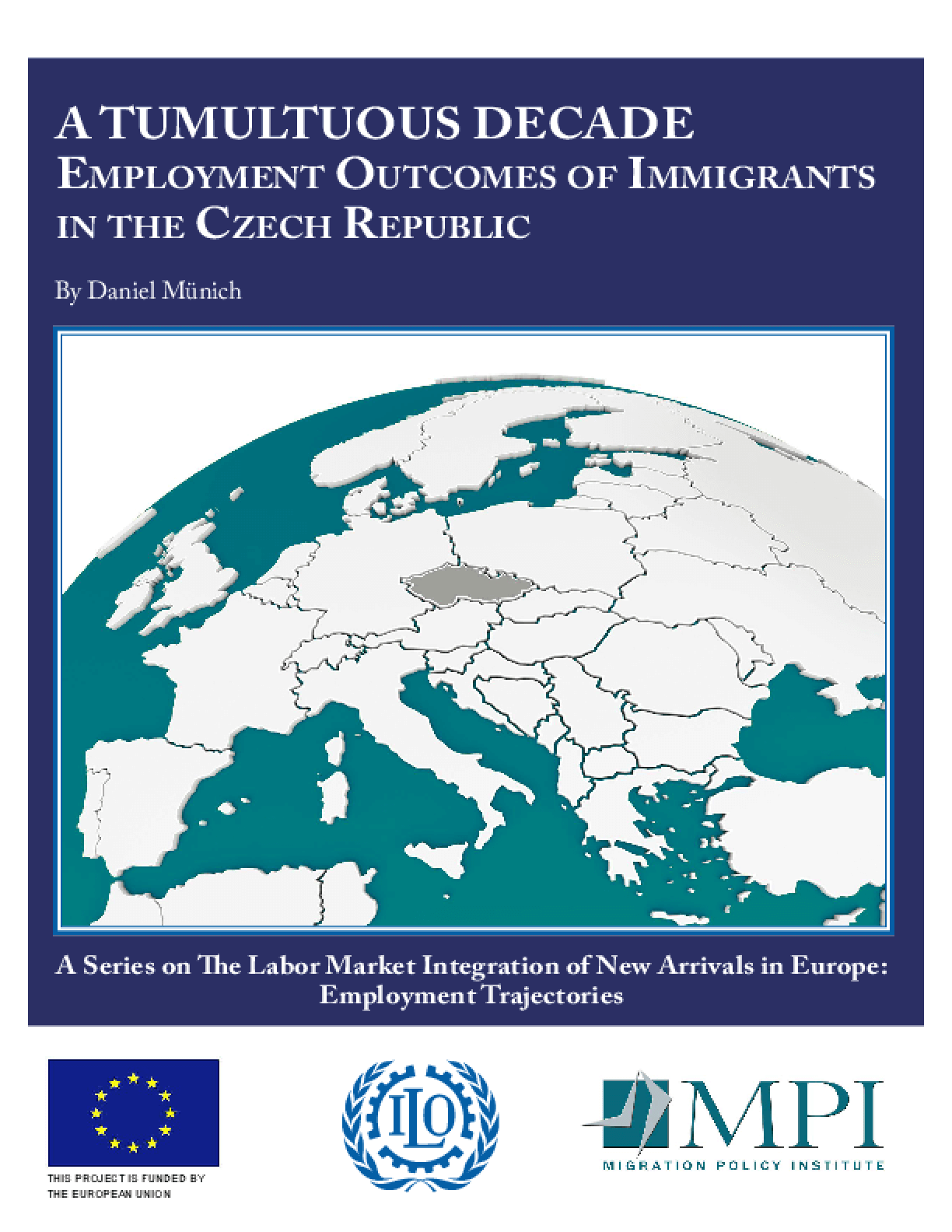