A Turbulent Opposition: The ACA and the South

This report is part of a series of 21 state and regional studies examining the rollout of the ACA. The national network ---- with 36 states and 61 researchers ---- is led by the Rockefeller Institute of Government, the public policy research arm of the State University of New York, the Brookings Institution, and the Fels Institute of Government at the University of Pennsylvania. The South is often been portrayed as being resistant to "Obamacare." It is from many of these states that legal challenges were filed against the Patient Protection and Affordable Care Act (ACA) after its enactment. Rather than operate their own exchanges, many southern states have defaulted to the federal health insurance exchange. Most have refused or deferred on Medicaid expansion. Some states have employed obstructionist tactics to complicate enrollment assistance provided by navigators and others. What accounts for this posture? Electoral politics and ideological differences among the parties certainly play roles. But as our preliminary research indicates, there are other factors as well that reflect ambivalence, caution, and uncertainty about state administrative and fiscal capacity, health demographics, and market conditions. Through the review of nine state-level field reports conducted under the auspices of the Managing Health Reform research network and through analysis of other relevant literature and data, this report concentrates on the intensity and sources of opposition within the southern states towards the ACA. 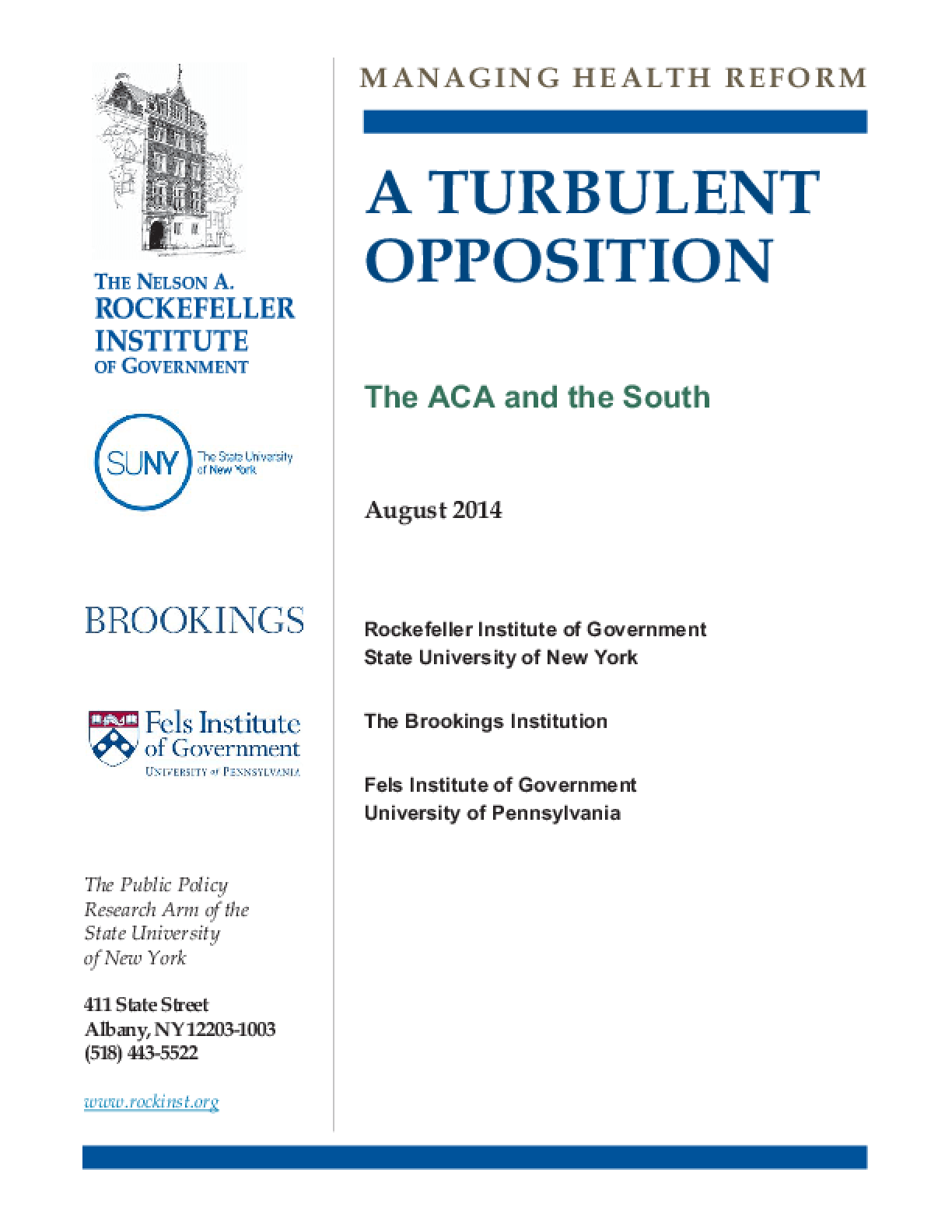