A Widening Gap in Cities: Shortfalls in Funding for Pensions and Retiree Health Care

As the Great Recession ended, 61 key cities across America -- the most populous one in each state plus all others with more than 500,000 people -- emerged with a gap of more than $217 billion between what they had promised their workers in pensions and retiree health care and what they had saved to pay that bill. While states have a much larger shortfall, cities face the same daunting challenges posed by unfunded liabilities for their public sector retirement benefits. For pensions, these cities had a shortfall of $99 billion in fiscal year 2009, the most recent year with complete data. The gap continued to widen in fiscal year 2010 as reflected by complete data for 40 of the cities, which saw unfunded pension liabilities rise by another 15 percent. Besides pensions, many localities also have promised health care, life insurance, and other non-pension benefits to their retirees, but few have started saving to cover these long-term costs. These unfunded liabilities loom even larger than for pensions (see graphic). As of fiscal year 2009, the cities in this report had promised at least $118 billion more than they had in hand to cover retiree health care benefits. Wide disparities exist in how prepared cities are to fulfill their pension obligations. Cities have more in common when it comes to gaps in funding for retiree health care and other non-pension benefits. 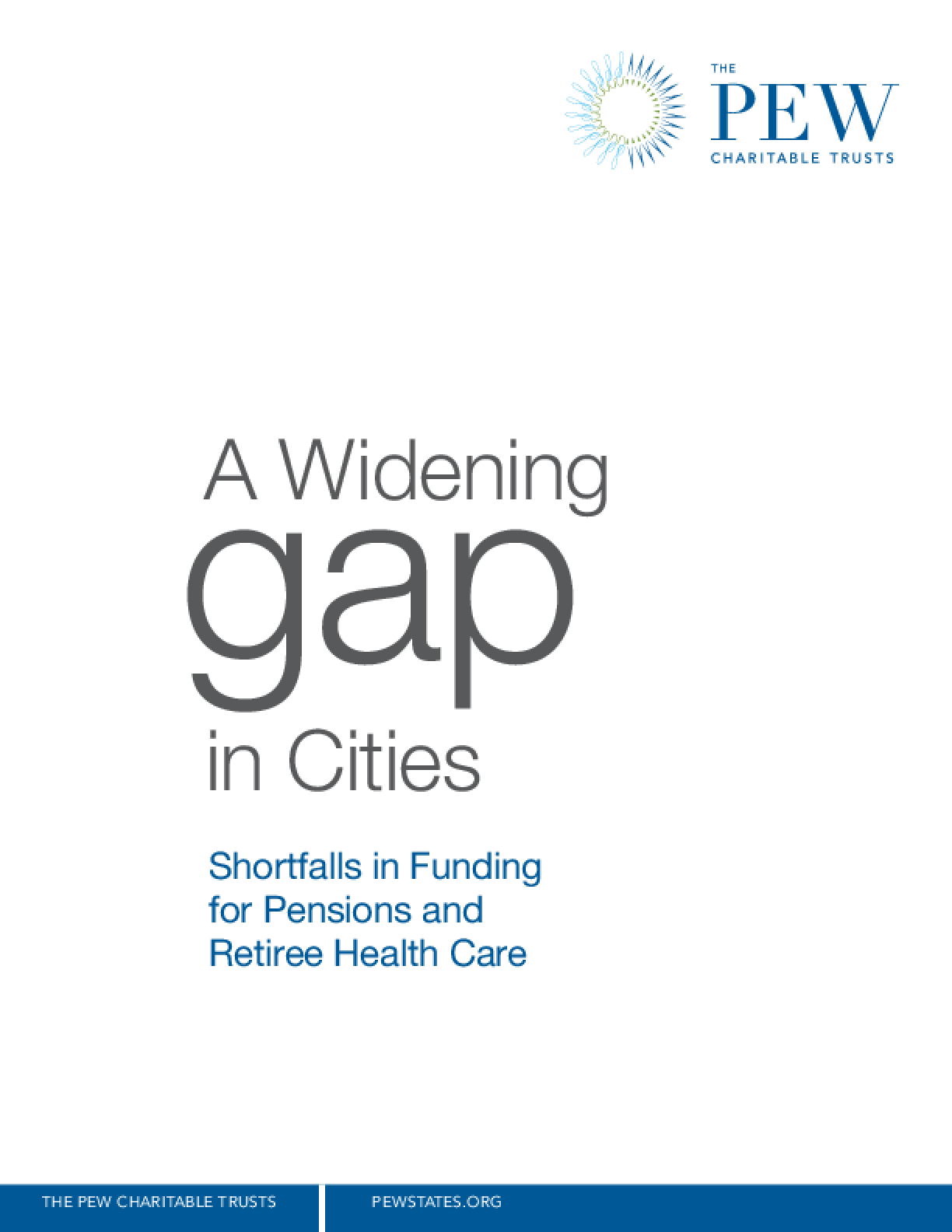