A Worker Dialogue: Improving Health Safety and Security at DOE

During the summer of 2010, the Department of Energy Office of Health, Safety and Security (HSS) partnered with the National Academy of Public Administration to host an online dialogue to solicit ideas from front line union workers at DOE sites on how to improve worker safety across the DOE complex. Based on the results of the Dialogue, an expert Panel of the National Academy identified several themes that emerged from workers' suggestions and offered recommendations for HSS in following up on the issues raised as well as continuing to build its capacity for employee engagement. Key Findings Based specifically on the Dialogue results, the Panel recommended HSS further investigate several issues and claims discussed by workers as well as assess the current state of reporting processes in DOE to determine if changes are necessary. In addition, the Dialogue revealed many knowledge gaps among workers regarding the substance of worker health and safety regulations in DOE, which should prompt HSS to consider expanding efforts to educate workers about these regulations. The Panel also issued several recommendations for HSS to build its capacity to engage union workers. These recommendations included considering alternate channels of reaching front-line workers and continuing engagement with workers by articulating and undertaking concrete next steps with the input received. 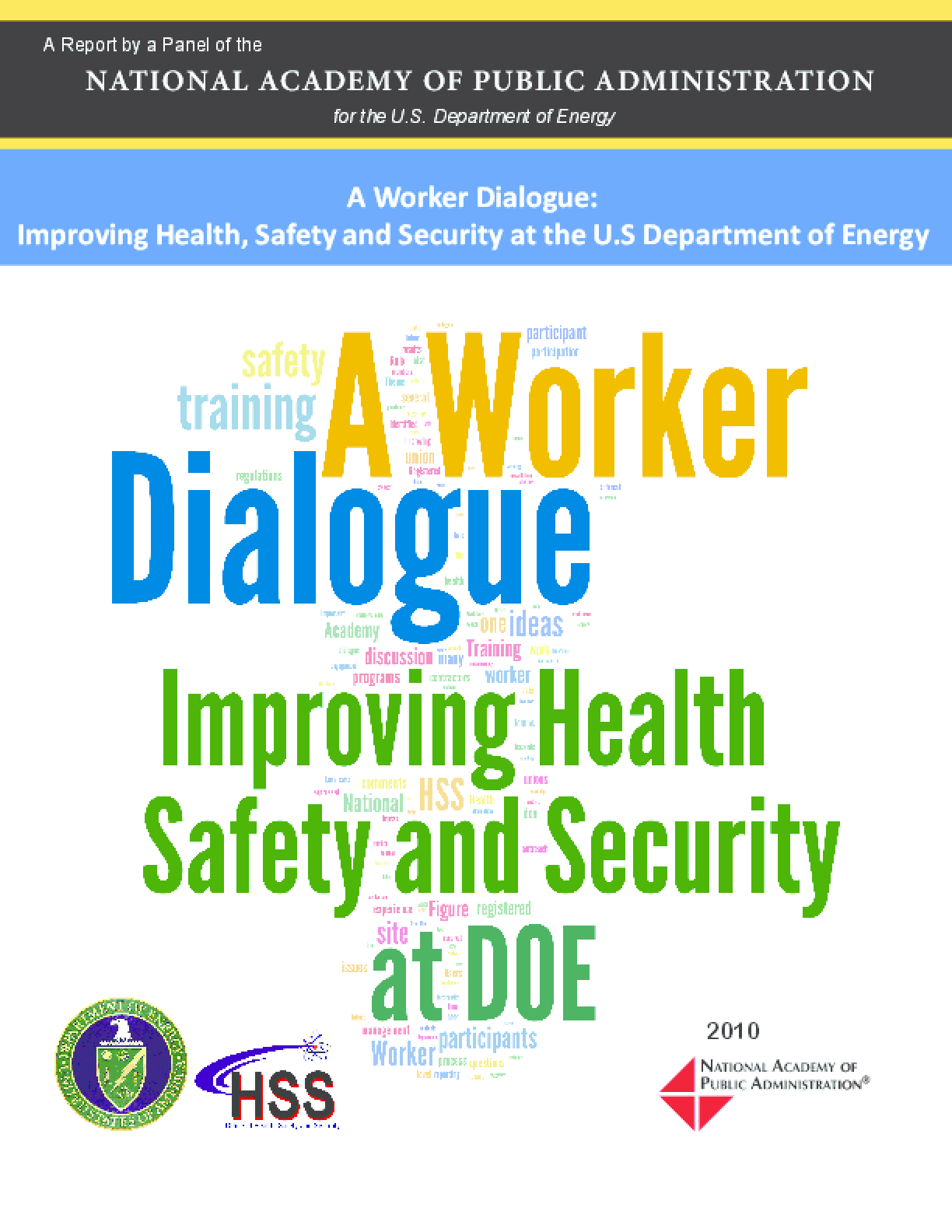