Abandoned in Agony: Cancer and the Struggle for Pain Treatment in Senegal

The 85-page report found that 70,000 Senegalese each year need what is known as palliative care to control symptoms related to chronic, life-threatening diseases. Morphine is an essential and inexpensive medication for treatment of severe pain, but Senegal only imports about one kilogram of morphine each year -- enough to treat about 200 cancer patients. Human Rights Watch also found that morphine is unavailable outside of Dakar, Senegal's capital. Frequent shortages limit access to the medication in the capital as well. 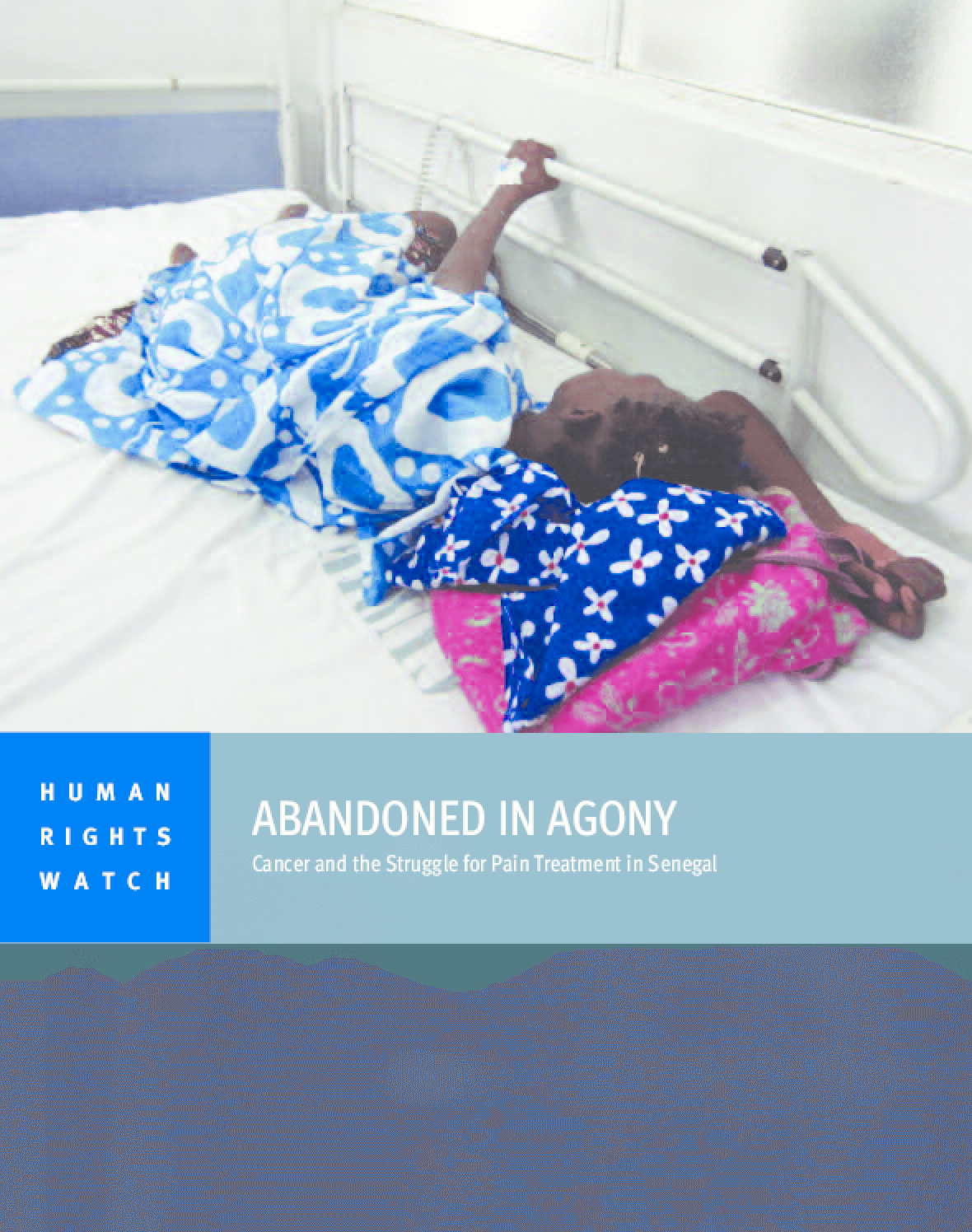