The ABC of the Arms Trade Treaty: Why it's important - How will it work?

The Arms Trade Treaty is a potential ground-breaking humanitarian treaty that would regulate the international trade in conventional weapons. The Treaty will be negotiated at a United Nations conference in New York between July 2 - 27. There is currently no effective international legislation on the global arms trade. While there are treaties on nuclear, chemical and biological weapons there is nothing on the weapons that kill people every day. Patchy, diverse and often completely absent, national regulations are inadequate with the increasingly globalized nature of the arms trade. Arms companies, operating from an increasing number of locations, now source components from across the world. Their products are often assembled in countries with lax controls on where they end up, hence the need for truly global rules which reflect the nature of the trade. 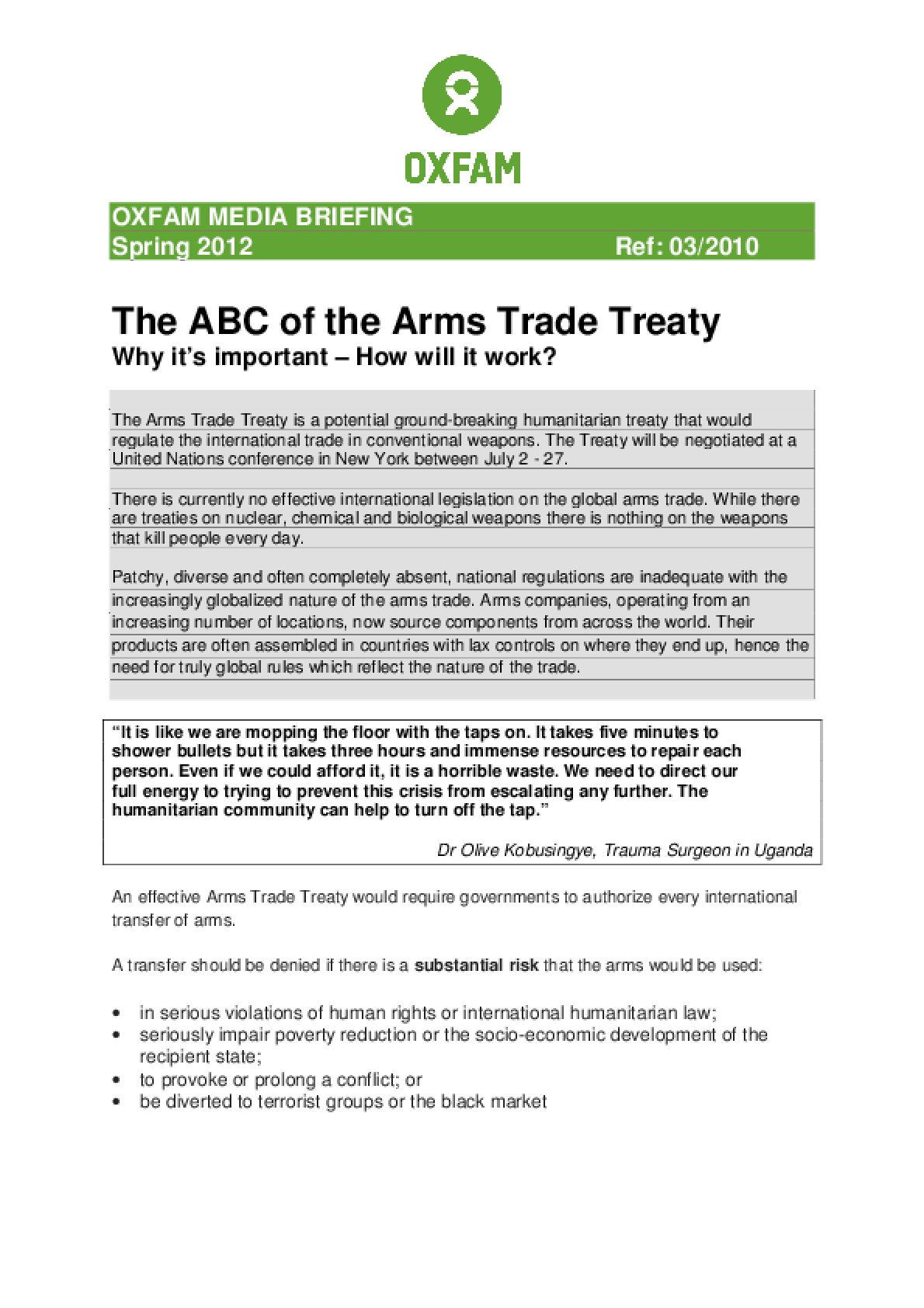