The role of government in regulating abortion coverage began to be debated shortly after the landmark Supreme Court ruling in Roe v Wade. Since 1976, the Hyde Amendment has blocked federal funds under Medicaid and other federal programs from being used to pay for abortion, allowing exceptions only for pregnancies that endanger a woman's life, or that result from rape or incest. The Affordable Care Act (ACA) interpreted the federal abortion-funding ban to include the federal tax credits that functioned as premium subsidies to help individuals afford Marketplace plans. This issue brief reviews current federal and state policies on private insurance coverage of abortion services, and how the Bipartisan Health Care Stabilization Act of 2018 would affect abortion coverage for women enrolled in the individual market. 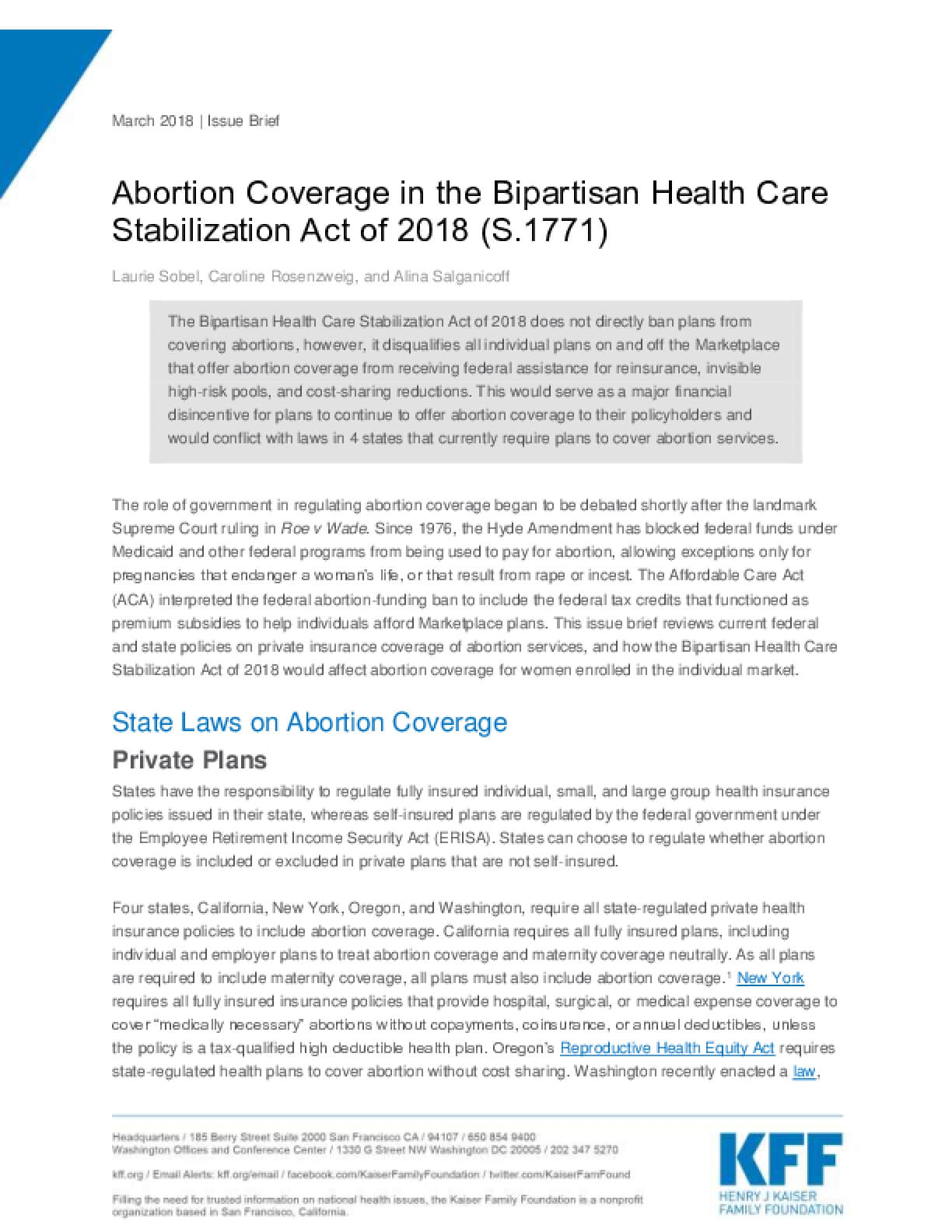