Above the Fray: Changing the stakes of Supreme Court selection and enhancing legitimacy

The political stakes of judicial selection, especially at the Supreme Court level, have cast a shadow over the integrity of that process. The U.S. Constitution commits the responsibility of judicial selection to the President and Senate, which makes politics an inherent part of the process. But, under the present system, partisans have incentives to control the composition of the courts so as to try to affect the resolution of disputes in a way that furthers particular policy objectives and politics. This process distorts the actual and the perceived fairness and independence of the courts.

In this report, we address the interrelated concerns of the selection of judicial nominees, the procedures for decision-making on the Supreme Court, the duration of service on the Court, and conduct while on the bench. Our reasons for recommending interactive reforms, and specific changes that we believe deserve consideration, are detailed below. 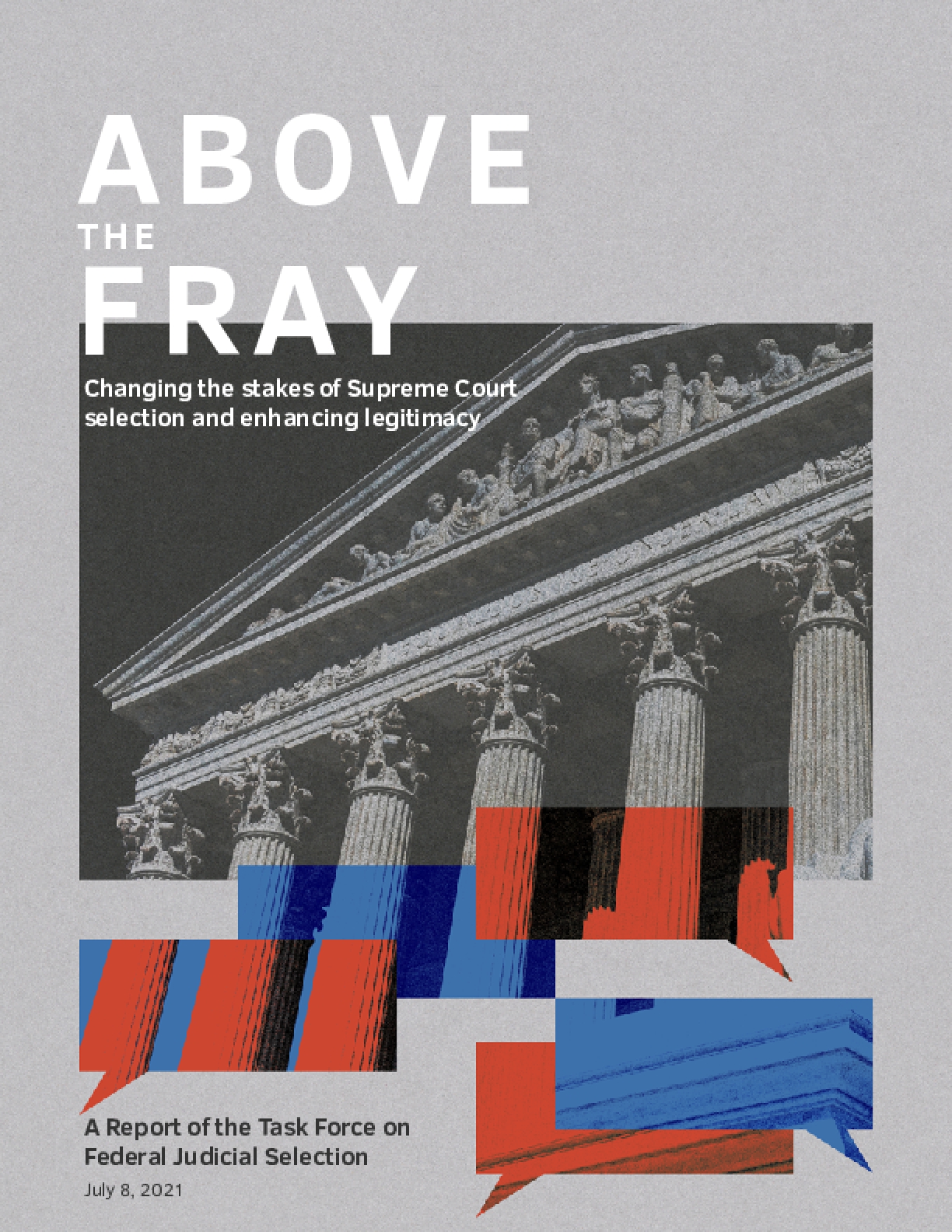