Abstinence Only vs. Comprehensive Sex Education: What are the Arguments? What is the Evidence?

Responding to the continuing health threats of HIV, STIs and unplanned pregnancy among young people, the widely respected Institute of Medicine of the National Academy of Sciences recently recommended eliminating congressional, federal, state and local "requirements that public funds be used for abstinence-only education." And surveys consistently show that the public wants schools to deliver strong abstinence messages alongside information about self-protection for young people who find themselves in sexual situations. The vast majority of parents support sex education in the schools, including the provision of information about contraceptive and condom use. Unfortunately, federal policy is grossly out of step with the wishes of most parents and students, as well as the scientific research. Since the early 1980s, Congress has devoted significant resources to abstinence-only programming. Partly as a result of federal policy and funding changes, public schools are increasingly supporting abstinence-only curricula that are less likely to include information about birth control, STD prevention and sexual orientation. The evidence tells us that these trends represent a dangerous disservice to America's younger generation. 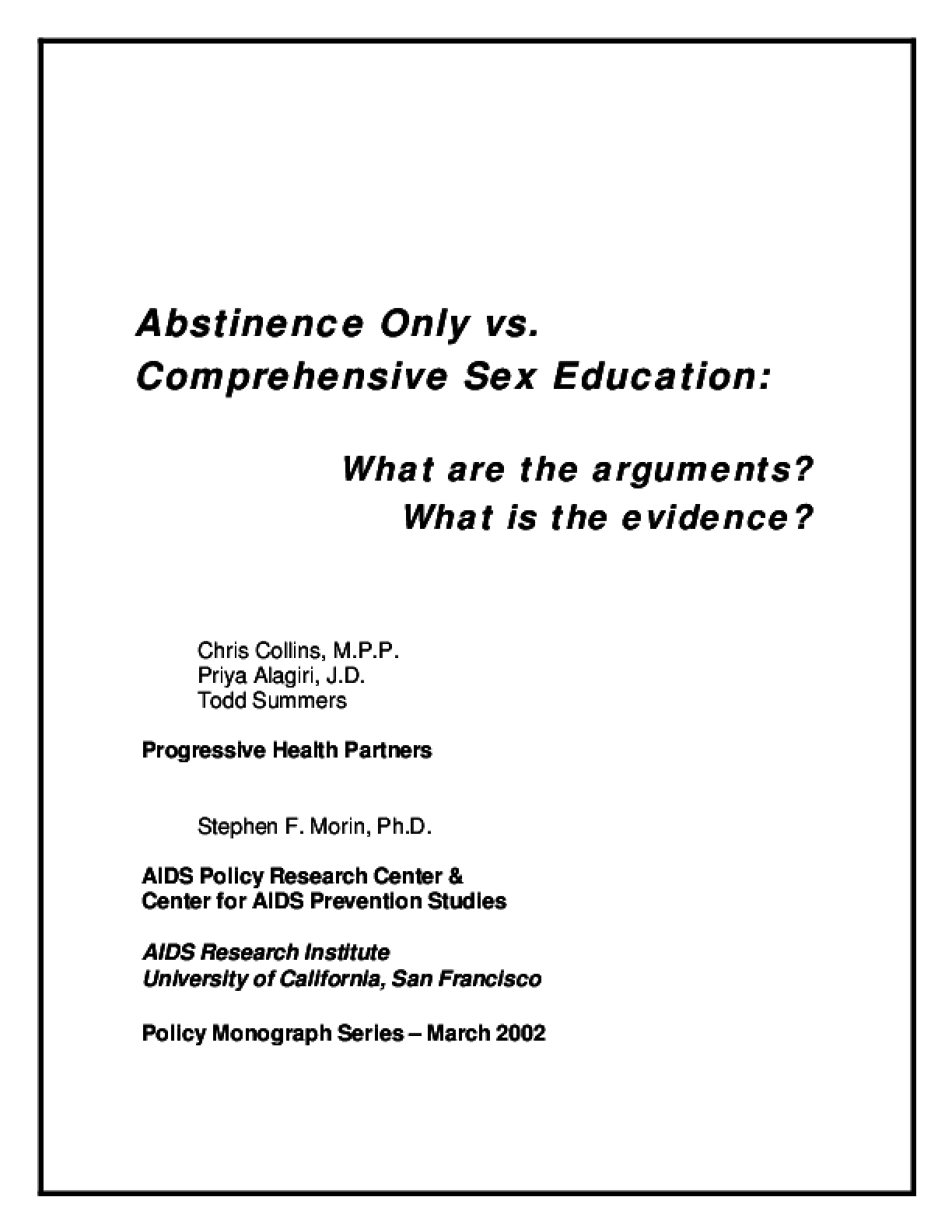