States that use abstinence unless married federal funds must follow the federal restrictions in spending federal dollars. While this spending rule is not particularly controversial, federal law typically does not delineate what can and can not be taught locally. The abstinence unless married initiative does not offer states the authority they have come to expect in an era of devolution. While state authority is prescribed, states are offered new money. The 1996 initiative makes nearly $500 million available over five years in federal and matching state funds. The federal law was enacted even though there is no research providing clear evidence that abstinence-unless-married education helps reduce sexual activity or birth rates. Implementation and evaluation of the new abstinence-unless-married program have become highly politicized around the country. Further, while some opinion polls suggest the public may view abstinence unless married education as too narrow to effectively address adolescent pregnancy prevention, an active conservative coalition is dedicated to ensuring an even more restrictive interpretation. While the definition of abstinence education in the new law is extremely narrow, states still have the opportunity to address a variety of policy choices. This fact sheet reviews the 1996 federal law, the controversy surrounding the abstinence provision, state plans and implementation, as well as on-going state policy choices such as whether to seek federal funds, who to grant funds, and which activities to support. 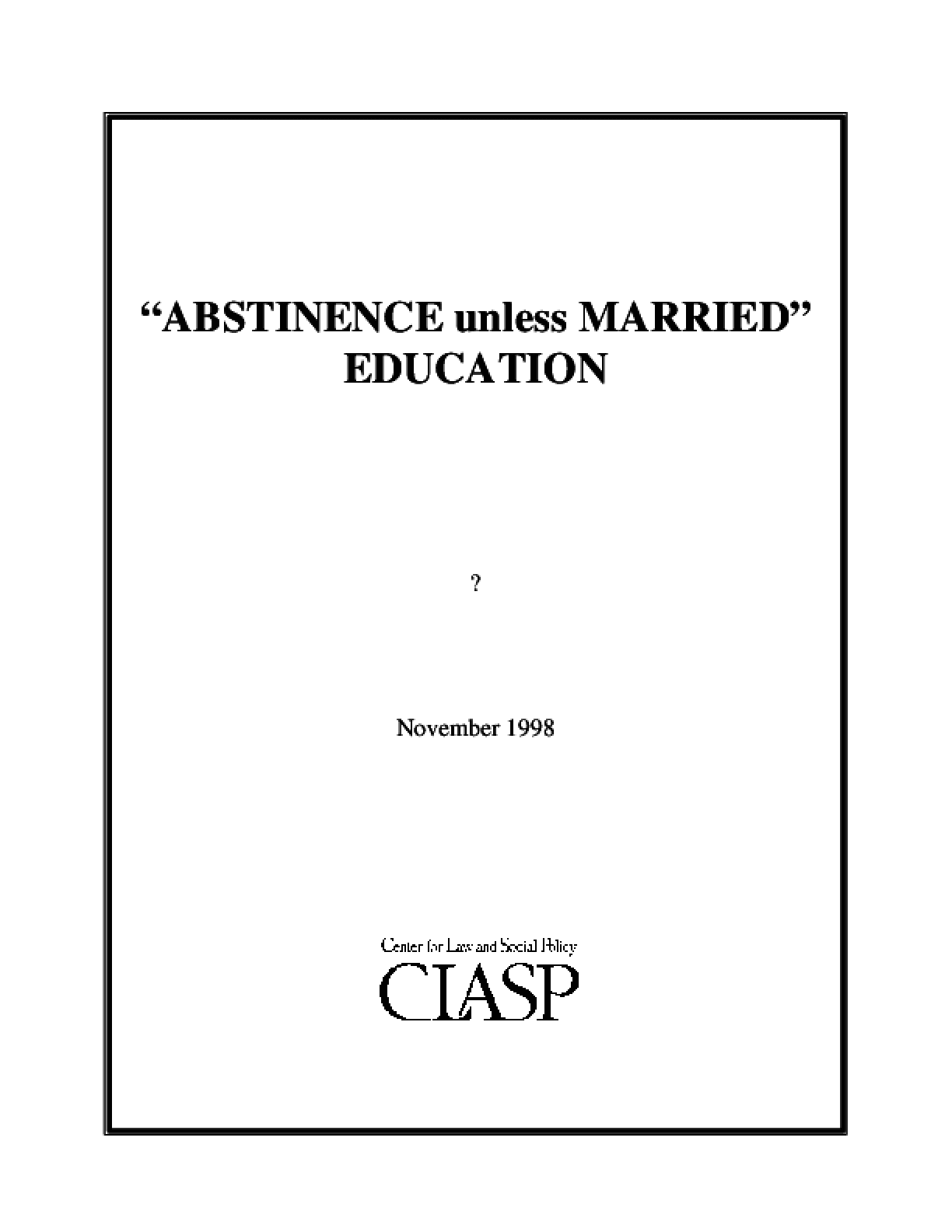